California Attorney General Kamala Harris issued a formal opinion on January 28, 2016 (AG Opinion 12-409) stating that city attorneys who provide bond counsel services may not be paid based on a percentage of a city's bond issuances. "Bond counsel" services were not restricted to a specific meaning in the opinion, but described instead as any services related to issuing bonds for which the attorney in question "will be paid … only if the city issues the bonds, and will be paid more if the bond issuance amount is higher."

The opinion was issued in response to a request from the Riverside County district attorney's office, which raised the question whether Government Code section 1090 prohibits an arrangement under which a contract city attorney's compensation for providing the city with bond counsel services is based on a percentage of the city's bond issuances.

Although California Attorney General's opinions are advisory and not legally binding, they are generally considered authoritative by the officers and agencies that have requested them and may be seen as persuasive authority by courts.

Applicability of opinion to other public agencies

To determine whether a violation of section 1090 has occurred, two questions must be answered: First, is the individual in question a "public official"; and second, is the public official entering into a contract in which they are financially interested.

As to the first question, the opinion readily concludes that a city attorney is a public official, whether he or she is employed as a full-time attorney or simply providing services by contract.

Bond issuance is a public contract

The opinion concluded that since a contract is at is most basic level an agreement to do or not do a certain thing and courts have subjected bonds to general rules applicable to contracts (i.e. prohibition against impairment of contract), bonds are public contracts and therefore subject to section 1090.

Making of a public contract

Moreover, because a city attorney advises city officials in all legal matters, he or she is likely to be involved in the preliminary discussion, negotiations, planning and solicitations surrounding a bond issuance, and thus, would be participating in the making of a public contract within the meaning of section 1090.

In addressing the issue of financial interest, the Attorney General concluded such interest to be evident, "even inherent," under the described compensation agreement.  The opinion rejects the notion that a city attorney must be a party to the bond contract to be subject to section 1090.  Rather, according to the opinion, the official has a financial interest the moment his personal interest will conflict with the faithful performance of the duty of care. The defining characteristic of a prohibited financial interest, according to the opinion, is when there is a potential to divide an official's loyalties and compromise the undivided representation of the public interest the official is charged with representing.

"Under this broad definition, the city attorney here is financially interested in the bond contracts," the Attorney General's opinion said. "The attorney will be paid only if the bonds issue, and the attorney will be paid correspondingly more for a larger bond issuance, thereby giving rise to a temptation to influence the bond issuance process in a way that would maximize his or her compensation — even if the issuance of bonds, or the issuance of a larger amount of bonds, may not be in the city's best interest. This is precisely the kind of financial motive that section 1090 seeks to prevent."

Financial advisors to California public agencies, acting as fiduciaries, may need to discuss possible ramifications of the Attorney General's opinion when advising and planning bond issuances with their public agency clients. Financial advisors may have an obligation to, at minimum, disclose the existence of the Attorney General opinion and possible conflict of interest if city, school district, or other public agency attorneys provide bond counsel services based on a percentage of the size of a bond issue. 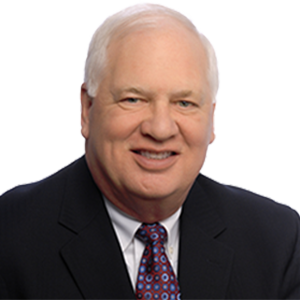