Private equity continued to be a popular and active asset class in the United States during 2019. While falling short of the ten-year highs of 2018, deal activity in Q3 of 2019, measured by both deal volume and value, was strong, roughly on par with activity levels for 2017. This continuing strength makes the United States an outlier to the global trend. Nonetheless, as 2019 progressed, increasing choppiness appeared in the US private equity pipeline, as domestic political uncertainty combined with global economic uncertainty to affect deal volume.

Many of the factors that complicated the latter half of 2019 will continue to affect the private equity markets for 2020, challenging general partners (“GPs”) and their counsel, but also providing opportunities for those nimble enough to take advantage of them. Some of the challenges are structural, such as the continuing surfeit of dry powder in the market, with its implications for deal multiples and buyer/seller dynamics, while others are more situational, driven by current political and economic uncertainty.

Continuing an ongoing theme, there remains a significant amount of capital seeking to deploy over too few deals. Global estimates of available dry powder committed to traditional buyouts approximate US$1.2 trillion at the end of the third quarter of 2019, with approximately 55 percent of that capacity focused on investments in North America. Combined with continued robust fundraising (even if unevenly distributed among GPs), this surplus of capital equates to a seller’s market, particularly in traditional buyouts. With excess capital chasing a relative paucity of available buying opportunities, as well as increasing competition from strategic buyers looking to grow by acquisition, multiples are being forced up.

GP’s reactions to this problem are varied, as they seek to deploy committed capital. Buy-and-build or roll-up strategies are increasing, perhaps because disciplined add-on acquisitions allow a GP’s initial platform acquisition to benefit from the same synergies with the acquired company as strategic bidders, while blending down initial acquisition multiples and providing growth for the platform acquisition. At the same time, GPs are expanding the types of deals they will consider, whether in terms of a willingness to take non-control stakes, a willingness to buy smaller companies or make growth equity investments at earlier stages of development or a willingness to consider longer hold periods, with a number of GPs raising funds for long-hold funds.

Not all of the headwinds on the PE market are structural. In 2020, political and economic concerns will likely conspire to complicate the lives of GPs. The tariffs and other protectionist policies promulgated by the current US administration and the responses of the US’ trading partners are likely to distort markets and make the results of US business dependent on international markets as sales channels or sources of supply harder to forecast. Through the middle of Q4 2019, the US and China had imposed approximately US$735 billion of tariffs on each other’s goods alone. Even those businesses that, in the short term, may benefit from the administration’s policies have to consider the possibility that the coming election or a trade deal may reverse those policies and again open them up to increased foreign competition.

Trade policy is not the only issue that is up for consideration in the upcoming elections. Even in ordinary times, election years generate uncertainty which can affect deal making, particularly as the election approaches, and these are not ordinary times. The level of polarization between the existing parties (and even among the Democratic challengers to the President) and their divergent views on the role of capitalism (and particularly private equity) in society, the responsibilities of business to constituencies other than its stockholders and what constitute the appropriate levels and goals of regulation is sufficient that the outcome of the election could have far-reaching effects across a substantial range of policy areas, not limited to tax, competition law and level of regulation. It is likely that this uncertainty will lead to greater caution among buyers as private equity GPs await the outcome of the election, though the uncertainty can be double-edged, particularly for sellers who may be motivated to close transactions ahead of an anticipated change in policy.

The market is also likely to be affected by the proposed dramatic expansion of the role of the Committee on Foreign Investment in the United States (“CFIUS”). In September 2019, the United States Department of the Treasury published proposed new regulations implementing the Foreign Investment Risk Review Modernization Act of 2018 (“FIRRMA”) and expanding CFIUS’s jurisdiction over foreign government-controlled investors seeking to acquire US critical infrastructure technology companies, companies that hold significant amounts of sensitive personal data, and certain US real estate located near sensitive installations. After a review and comment period, the proposed rules are expected to go into effect in the first quarter of 2020. These regulations greatly expand the review authority of CFIUS and will have the effect of raising new barriers to investment in the US by foreign entities, particularly those affiliated with foreign sovereigns. These rules have broad bipartisan support.

Finally, enthusiasm may be tempered by the general economic outlook. A steady drumbeat of economic commentary reflects increasing concern about fragility of the current economic expansion and the possibility of a recession in the second part of 2020, driven by increased trade friction, contracting US manufacturing, reduced business investment and declining global output. While there is certainly no consensus that a recession is probable, fear of the end of the current business cycle may, in and of itself, reduce GPs willingness to pay ever-higher multiples.

While headwinds may exist, these same challenges may give rise to positive opportunities. Despite concerns about a potential recession, according to Ernst & Young’s October 2019 Capital Confidence Barometer, 83 percent of corporate executives surveyed expected the M&A market to improve in the next 12 months, though only 46 percent of those executives intended to actively pursue M&A activity in that period. The combination of these views combined with rising corporate debt loads, rising recessionary fears, increased shareholder activism and increased political uncertainty means that corporations are more likely to shed non-core assets to focus on their core business and pay down debt. To the extent that this trend continues, it will likely result in an increased volume of carve-out transactions in which PE players, with their copious dry powder, will be natural buyers.

Similarly, substantial dry powder, combined with rising political and economic uncertainty may spur GPs to accelerate exit transactions in order to lock in returns, particularly where GPs are in or approaching a fundraising cycle. Assuming the parties can navigate potentially divergent pricing expectations, this may provide an opportunity for buyers who can capitalize on the desire of GPs who have been holding assets to monetize those assets now, rather than ride out a recessionary cycle. The pressure to sell may be increased for GPs who are raising or contemplating raising new capital – a process which may be greatly affected by an economic downturn – and want to be able to demonstrate returns as they move into the fundraising process.

Buy-and-build or roll-up strategies are increasing in popularity. While not every platform acquisition is a good fit for this approach, a strategy of building through add-on acquisitions allows an initial platform acquisition to benefit from the same synergies as strategic bidders, allowing bidders to justify higher initial multiples for the platform. Additionally, such strategies permit GPs to consider smaller targets or targets at a more mature stage of development than they might otherwise consider on a standalone basis, thereby increasing the number of potential targets and, particularly in the bottom half of the middle market, potentially decreasing competitive pressure.

GPs are also adjusting their strategies, branching out from a core buyout strategy, partially as a means of seeking alternate ways of deploying capital, partially as a way to de-risk the significant purchase prices that are being paid, and partially as a reaction to market conditions.

Many GPs have established or are considering establishing long hold funds. While the typical buyout fund has a ten-year life, long hold funds have lives of 15 years or more. This allows buyout funds to partner with sellers of businesses who desire to monetize a portion of their business while retaining a stake beyond the usual four- to five-year hold period of a typical buyout transaction. Long hold funds also allow GPs to consider investments the characteristics of which require longer hold periods. To the extent GPs are concerned about a potential recession, long hold funds may offer one rational reaction to that concern. Hold periods peaked after the 2008 recession forced GPs to postpone exits from their investments and have been declining as the backlog created by that recession has been cleared. In addition to their other benefits, long hold funds may give GPs the room to ride out the effects of a recession with reduced pressure to prematurely monetize an investment.

To the extent that an economic downturn does materialize, either generally or localized to specific sectors, GPs willing to play in the distressed market, either as a part of their core strategy or as a reaction to changing circumstance, may find opportunities as growth slows. To succeed with this strategy, GPs will require an understanding of the complex legal issues surrounding distressed asset investing, the ability to negotiate potentially fraught relationships with lenders, customers and employees, and the capital and patience to ride out a potentially rocky business cycle.

Finally, in 2020, the environment will continue the trend toward GPs focusing their efforts in areas and on targets where they believe themselves to have a competitive advantage, whether through sectoral expertise, investing style or otherwise. One effect of this may be a loosening of the parameters under which GPs are willing to invest, as GPs consider opportunities outside of core control buyouts and look increasingly at structured minority investments or partnerships with strategic buyers in their efforts to deploy capital, deal with ever-increasing multiples and de-risk transactions. At the same time, given the high multiple being paid GPs will need to focus more than ever on maintaining investment discipline, with rigorous due diligence and a continued willingness to walk away from investment opportunities where the GP is unsure of its ability to add value sufficient to generate an appropriate return.

While the outlook may not be as certain as it has in past years, substantial opportunities exist in the private equity market in 2020. While deal activity may dip, capital availability remains at historically high levels and nimble and creative GPs will find opportunities as the year progresses. 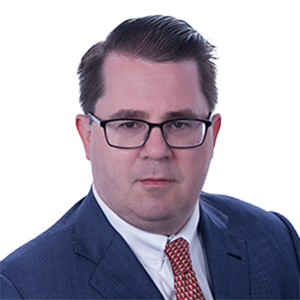