In a much-anticipated ruling, the Supreme Court this week vacated the Federal Circuit's decision in Arthrex v. Smith & Nephew, which found administrative patent judges (APJs) were constitutionally defective under the Appointments Clause and severed application of Title 5 removal protections to APJs in order to cure the constitutional violation. In a 5-4 decision, the Supreme Court's opinion authored by Chief Justice Roberts found an Appointment Clause violation due to the "unreviewable authority wielded by APJs." But by a 7-2 vote the Court chose a different remedy than the Federal Circuit by holding 35 U.S.C. § 6(c)—which allows only the Board to rehear its own decisions—unenforceable as applied to the USPTO Director insofar as that statute prevented discretionary review of Administrative Patent Judge (APJ) decisions on the Director's own authority.

Congress a decade ago enacted the Leahy-Smith America Invents Act (AIA), creating the Patent Trial and Appeal Board (PTAB) as an adjudicative body within the U.S. Patent and Trademark Office (USPTO) to institute and conduct inter partes review (IPR) and similar proceedings to decide the patentability of challenged patents. Based on a petition filed by Smith & Nephew, a three-member Board panel instituted an IPR proceeding, conducted a trial and issued a final written decision finding various claims of Arthrex's knotless suturing patent unpatentable as anticipated by prior art. Arthrex had earlier filed a patent infringement suit in federal district court asserting the patent against its competitor Smith & Nephew. In its appeal of the Board's decision to the Federal Circuit, Arthrex contended that APJs were unconstitutionally appointed under the Appointments Clause because they were "principal officers" who must be appointed by the President with the advice and consent of the Senate, rather than appointed by the Secretary of Commerce.

Deciding the case in October 2019, the Federal Circuit held the then-current structure of the Board violated the Appointments Clause due to APJs being principal officers who had not been properly appointed and confirmed. Evaluating the powers to review, supervise and remove APJs, the court found that control and supervision of APJs by the Secretary and the Director of the USPTO—the only two presidentially-appointed officers who provide direction to the USPTO—was insufficient to render APJs "inferior officers." The court explained this conclusion was reached based on: (1) the lack of a presidentially-appointed officer who could review or vacate final written decisions of APJs, and (2) the limited power of the Secretary or Director to remove APJs. Though the Federal Circuit found that the Director had sufficient supervisory power over APJs due to regulations, policy guidance, and oversight authority, the court concluded that there was insufficient review within the agency over final written decisions of APJs. The Federal Circuit emphasized that the Director lacked the power to "single-handedly review, nullify or reverse" APJ decisions and that the Secretary and Director lack "unfettered removal authority" over APJs due to United States Code Title 5 removal protections.

In light of its determination that Title 5 removal protections could not be constitutionally applied to APJs, the Federal Circuit, as suggested by the government (if a remedy was needed), severed application of those protections to APJs. The court considered severance of Title 5 removal protections as the "narrowest viable approach" to remedying the Appointments Clause violation. The court's remedy effectively legitimized Board decisions issued after the Federal Circuit's decision. However, in response to Federal Circuit's instruction in its decision, the Board, which has grown to over 250 APJs, vacated and remanded over 100 final written decisions in cases that included a timely Appointments Clause challenge. The Board then issued a general order staying those remanded cases (and cases remanded by the Federal Circuit) pending Supreme Court review. Reflecting the significance of the Federal Circuit's ruling, the House Subcommittee on Courts, Intellectual Property, and the internet held a hearing soon after on the ruling's potential implications.

US Supreme Court's ruling: APJ decisions must be subject to Director review

On the first issue, the Supreme Court—in a decision authored by Chief Justice Roberts and joined by Justices Alito, Kavanaugh, Gorsuch and Barrett—held that "the unreviewable authority wielded by APJs during inter partes review is incompatible with their appointment by the Secretary." The Court described the USPTO Director as the "boss" of APJs except with respect to "their power to issue decisions on patentability." The Supreme Court otherwise found that "APJs appear to be inferior officers." Addressing the government's position that the Director decides whether to institute IPRs, can designate the APJs to decide any particular IPR, and can select the composition of PTAB panels on rehearing, the court characterized "such machinations" as a "roadmap for the Director to evade a statutory prohibition on review without having [the Director] take responsibility for the ultimate decision." In "the ways that matter," the court found the "buck stops with the APJs, not with the Secretary or Director." In response to the dissent's point that, pursuant to 35 U.S.C. § 318(b), the Director alone has the power to issue a certificate to cancel or confirm patent claims based on the APJ final written decision, the majority characterized the Director's duty as "ministerial" such that the "chain of command runs not from the Director to his subordinates, but from the APJs to the Director."

As historical context, the Supreme Court described the patent system at its start as following the "traditional rule" that the "final decision on how to exercise executive power" belongs to a principal officer. But with respect to the predecessor Board of Appeals, the court concluded its history, which includes decisions by panels of examiners-in-chief being reviewed by Court of Customs and Patent Appeals judges appointed by the President, "has little to say" about Section 318(b), which the Supreme Court characterized as "expressly ordering the Director to undo his prior patentability determination when a PTAB panel of unaccountable APJs later disagrees with it." Adding present day context, the Supreme Court noted that Director review is the "almost-universal mode of adjudication in the Executive Branch" and would "align[]" the PTAB with the Trademark Trial and Appeal Board in the USPTO.

On the second issue, the Supreme Court held that "35 U.S.C. § 6(c) is unenforceable as applied to the Director insofar as it prevents the Director from reviewing the decisions of the PTAB on his own." Justice Gorsuch did not join this portion of Chief Justice Roberts' opinion, but Justices Breyer, Kagan and Sotomayor (who dissented on the first issue) did agree with Chief Justice Roberts and Justices Alito, Kavanaugh and Barrett on the appropriate remedy, so that the Court's decision on the remedy issue was 7-2. Because Section 6(c) specifies that "[o]nly the Patent and Trial Appeal Board may grant rehearings[,]" the Court reasoned that under the statute as written the Director cannot rehear and reverse final decisions by APJs on his or her own. As the "appropriate remedy" in this case, the Supreme Court endorsed a "limited remand" for review by what it referred to as the Acting Director "to decide whether to rehear the petition filed by Smith & Nephew." Explaining its choice of remedy, the Court clarified that the "source of the constitutional violation" is the "restraint on the review authority of the Director, rather than the appointment of APJs by the Secretary." APJs' appointment by the Secretary "allowed them to lawfully adjudicate the [Smith & Nephew's] petition in the first instance," and "Arthrex [was] not entitled to a hearing before a new panel of APJs." Therefore, as Justice Thomas noted in his dissenting opinion, "the Court [did] not vacate the Board's decision." In this respect, the Supreme Court's decision differed from the Federal Circuit's, which had vacated the Board's decision.

In additional guidance, the Supreme Court noted that the Director need not "review every decision of the PTAB," explaining that "[w]hat matters is that the Director have the discretion to review decisions rendered by APJs" so that "the President remains responsible for the exercise of executive power." With respect to other types of PTAB "adjudications," the court added that it was not addressing such proceedings, including the "examination process for which the Director has claimed unilateral authority to issue a patent."

Even accepting that the "Appointments Clause inherently grants the Director power to reverse Board decisions," the dissenting opinion by Justice Thomas asserted that no constitutional violation occurred because Arthrex had not argued that it sought review by the Director or that the Director wrongfully declined to rehear the Board's decision. His dissent also maintained that the majority "never expressly tell us whether administrative patent judges are inferior officers or principal" and "never tells us whether the appointment process complies with the Constitution." Justice Thomas, as well as Justices Breyer, Kagan and Sotomayor also dissented on the grounds that regardless of the Director's inability to directly reverse a decision by the Board, the members of the Board should be considered inferior officers in light of the significant control exercised over them by both the Director and the Secretary of Commerce.

One sentence from the Supreme Court's opinion in particular summarizes the overall result: "Decisions by APJs must be subject to review by the Director." As to what happens next, it will be interesting to see how the USPTO responds. Drew Hirshfeld, who is the Commissioner of Patents, began performing the functions and duties of the Director on January 20, 2021. But notwithstanding the Supreme Court's statement in its opinion that it was remanding for a decision by the "Acting Director," Mr. Hirshfeld is not presently the Acting Director. Once an Acting Director is named, his or her exercise of this new review authority over the 100-plus cases held in abeyance and APJ final written decisions soon to come will be closely watched. 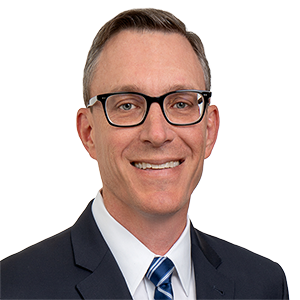