This article was published by Butterworths Journal of International Banking and Financial Law in April 2017.

Third country equivalence will only get you so far under the final draft of the Prospectus Regulation, and there will be strings attached. As the legislative process for the new Prospectus Regulation nears completion, UK issuers are watching closely to see how provisions allowing third country issuers’ prospectuses to be approved for public offers or listing of securities on a regulated market in the European Economic Area (EEA) will work in practice.

Currently, Art 20 of the Prospectus Directive (PD) states that the competent authority of an EEA member state may approve a prospectus of an issuer outside of the EEA (a third country issuer) for an offer of securities to the public or admission to trading on a regulated market in the EEA, provided that it has been drawn up in accordance with international standards and the third country’s rules are “equivalent” to the PD.

To date, the European Commission has not found a single country to be “equivalent” for prospectus purposes. In February 2016, the European Securities and Markets Authority (ESMA) issued an opinion stating that the disclosure requirements of Turkey were equivalent. However, the Commission has yet to establish equivalence for Turkey. In 2011, ESMA established a framework for third-country equity prospectuses to be “wrapped”, such that the resulting document meets the requirements of the PD. This has only been applied to one country so far (Israel, in 2015).

The draft new Prospectus Regulation includes third country equivalence provisions akin to Art 20 of the PD. There are, however, conditions attached. The third country’s legislation will still need to be “equivalent”, but, unlike the current PD, the competent authority of the EEA member state will also need to conclude “co-operation arrangements” with the relevant supervisory authorities of the third country issuer. The co-operation arrangement condition was added to the draft new Prospectus Regulation after the Brexit referendum result in June 2016. While not explicitly stated in the draft new Prospectus Regulation, we expect that an implementation decision in respect of the UK will be a necessary first step before an EEA competent authority can negotiate a cooperation arrangement with the Financial Conduct Authority (FCA).

While a friendly EEA Member State’s competent authority may be keen to sign a cooperation agreement with the FCA following Brexit, the text of the draft new Prospectus Regulation adds safeguards to ensure that the ultimate decision to grant equivalence status rests centrally with ESMA and the Commission.

ESMA will effectively be in a position to erect obstacles to any such “co-operation arrangements”, if it so chooses. Whether the new Prospectus Regulation is an improvement over the current PD regime with respect to third country equivalence will depend on how it is implemented in practice. Following Brexit, UK issuers may find themselves subject to two separate, but overlapping, sets of disclosure rules. As a result, issuers offering in both the UK and EEA may need two separate approvals for their prospectuses. In such a scenario, it would be more efficient (and less expensive) if they could have a prospectus approved by the UK Listing Authority and then rely on an equivalence determination by an EEA competent authority to use the same prospectus to offer or list securities in the EEA.

In the absence of an equivalence determination, UK issuers will likely need the approval of a local regulator in the EEA. Generally, the “home member state” will either be where the UK issuer first applies for admission to trading in the EEA, or the member state selected by the issuer.

The text of the draft new Prospectus Regulation is unlikely to change significantly before it is adopted. The Commission expects the Prospectus Regulation to enter into force as early as June 2017, but the majority of its provisions will not apply until mid-2019. While the timeline for Brexit is much less definite, the new rules will likely apply to UK issuers of securities.

If, as expected, the UK transposes existing EU rules into national law following Brexit, it should technically be “equivalent” on day one. However, as Brexit negotiations begin, an equivalence determination is expected to be as much a political question as a technical one. Given the Commission’s record to date of determining equivalence for prospectus purposes, the political question may need to take centre stage in any Brexit negotiations. 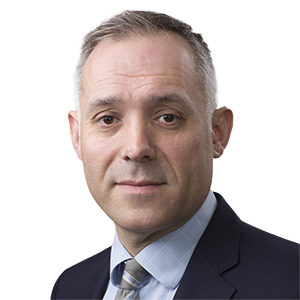 A Singapore-based company disclosed in its 2020 SEC filing that it had initiated a voluntary self-disclosure to OFAC.