In June 2017, the US Supreme Court issued its holding in Bristol-Meyers Squibb v. Superior Court of California, rendering it far more difficult for a plaintiff to sue an out-of-state defendant, even one with extensive business contacts within the forum state.[1] The ruling was a clear victory for national and global corporations who were routinely sued in jurisdictions across the United States, and particularly those who regularly faced mass tort actions. But the decision left such defendants wondering how far its scope would extend—particularly, whether it applied to nationwide class actions. A year later, courts' interpretations of the decision remain starkly divided on that question.

Bristol-Meyers is the most recent in a series of Supreme Court cases limiting personal jurisdiction over out-of-state defendants, a principle recognized by the Court as early as 1878.[2] The seminal case of International Shoe and its progeny established that, absent consent to litigation in a particular state, a court may only exercise personal jurisdiction over a defendant that has "minimum contacts" in that state by way of general or specific jurisdiction.[3] Subsequently, and especially in cases decided in the last decade, the Court significantly narrowed the concepts of general and specific jurisdiction. In 2011, the Court limited general jurisdiction over foreign corporate defendants by requiring their affiliations with the forum state to be so constant and pervasive "as to render them essentially at home."[4] As to specific jurisdiction, in 2014, the Court limited its analysis to "the defendant's contacts with the forum State itself, not the defendant's contacts with persons who reside there," including the plaintiff.[5]

It was in this context that the Court considered Bristol-Meyers, in which a group of plaintiffs—some California residents and some non-residents—filed a mass tort action in California state court against the non-resident prescription drug manufacturer for alleged defects in the drug Plavix.[6] While Bristol-Meyers Squibb had engaged in substantial activities in California, including selling Plavix, the non-resident plaintiffs had not purchased, used, or suffered injuries from Plavix in California.[7] For the California court to have personal jurisdiction over the non-residents' claims, the Supreme Court held that "there must be an affiliation between the forum and the underlying controversy, principally, [an] activity or an occurrence that takes place in the forum State and is therefore subject to the State's regulation."[8] However, "[t]he mere fact that other plaintiffs were prescribed, obtained, and ingested Plavix in California—and allegedly sustained the same injuries as did the non-residents—does not allow the State to assert specific jurisdiction over the nonresidents' claims."[9] The Court noted, "[o]ur decision does not prevent the California and out-of-state plaintiffs from joining together in a consolidated action in the States that have general jurisdiction over" Bristol-Meyers Squibb and "[a]lternatively, the plaintiffs who are residents of a particular State [. . .] could probably sue together in their home states."[10]

In her stinging dissent, Justice Sotomayor noted that the majority's decision did "not confront the question whether its opinion here would also apply to a class action in which a plaintiff injured in the forum State seeks to represent a nationwide class of plaintiffs, not all of whom were injured there,"[11] leading to rampant speculation over the past year as to the applicability of the majority's holding in that context.

Since Bristol-Meyers was decided, district courts across the country have grappled with the applicability of the decision in the class action context and are nearly evenly divided.[12] To date, no circuit court has addressed the issue.

Courts that have held that Bristol-Meyers applies to the claims of nationwide class members generally highlight the Supreme Court's reasoning that due process requires the existence of some relationship between the defendant and the plaintiff's claim to the forum state to establish specific jurisdiction.[13] Such courts also emphasize the majority's conclusion in Bristol-Meyers that resident plaintiffs' claims, however similar they may be to non-residents', are insufficient by themselves to satisfy due process.[14]

A chief concern among courts declining to extend Bristol-Meyers to class actions is the potential evisceration of Rule 23, which sets forth the requirements for certifying a class. The protections of Rule 23 allow a defendant in a class action to face "a unitary, coherent claim to which it need respond only with a unitary, coherent defense"[15] rather than significant variations that may occur in a mass tort action. But courts extending Bristol-Meyers to class actions reason that Rule 23 cannot grant jurisdiction where the Due Process Clause does not allow it and often cite the Supreme Court's 1997 decision in Amchem Products, Inc. v. Windsor. There, the Court held that "Rule 23's class action requirements must be interpreted in keeping with Article III constraints, and with the Rules Enabling Act, which instructs that the federal court rules of procedure shall not abridge, enlarge, or modify any substantive right."[16] Certainly, Rule 23 contains its own requirements apart from questions of jurisdiction, but a court has yet to address personal jurisdiction under Bristol-Meyers in the context of a motion for class certification.

Courts that decline to extend Bristol-Meyers to class actions chiefly rely on "important differences between mass tort and class actions for the purposes for personal jurisdiction over defendants."[17] These courts also put enormous stock in the status of the named plaintiff – if that individual is a resident of the forum state, it matters not whether the putative class members are residents.[18] Crucial to this argument is the premise that putative class members do not have any live claim unless and until a class is certified, and therefore their claims cannot be considered as part of a jurisdictional analysis.[19]

The current divide among district courts unfortunately prevents corporate defendants facing nationwide class actions from having much certainty as to how a jurisdictional argument may be received by a given court. But, until a higher court addresses the issue, the prevalence of judges that seem receptive to extending Bristol-Meyers to class actions suggest that defendants facing putative classes should at least attempt to dispose of such cases by filing a motion to dismiss for lack of personal jurisdiction based on Bristol-Meyers' reasoning.

[2] Pennoyer v. Neff, 95 US 714 (1878) (holding that personal jurisdiction exists over a party if that party is served with process while physically present in the state); ­see also World-Wide Volkswagen Corp. v. Woodson, 444 US 286 (1980) (holding that relationship between defendant and forum through minimum contacts must be "reasonable"); Keeton v. Hustler Magazine, Inc., 465 US 770 (1984) (holding that state may assert personal jurisdiction over publisher where publication circulated in forum state, regardless of publisher's home state). 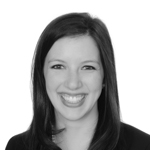