In the latest chapter of the "Smartphone Wars," the United States Supreme Court unanimously reversed a Federal Circuit decision that affirmed an award of $399 Million to Apple based on a jury finding that Samsung infringed Apple's design patents.Justice Sotomayor delivered the opinion, which is likely to have consequences not only for the smartphone and technology industries, but for all companies seeking to enforce design patents. At issue in the case was whether Apple had the right to recover the "entire profit Samsung made from its sales of the infringing smartphones." According to the Supreme Court, the answer is not necessarily.

Under 35 U.S.C. § 289, whoever manufactures or sells "any article of manufacture to which [a patented] design or colorable imitation has been applied shall be liable to the owner to the extent of his total profit." The Federal Circuit previously held that Samsung was liable for its entire profits from sales of the infringing smartphones because components of the smartphones were not sold separately to ordinary consumers, and therefore, were not distinct "articles of manufacture" under § 289. Apple Inc. v. Samsung Elecs. Co., 786 F.3d 983 (Fed. Cir. 2015), cert. granted in part, 136 S. Ct. 1453 (2016), and rev'd and remanded, No. 15-777, 580 U.S. ____ (Dec. 6, 2016). After analyzing the Patent Act of 1842 and case law dating back to 1875, the Supreme Court determined that a design patent owner "must show what profits or damages are attributable to the use of the infringing design." The Court also reasoned that because "total" means "all," under the current statute, a design patent infringer is liable for "all of the profit made from the prohibited conduct."1  Nonetheless, when the end product is a multicomponent product, such as a smartphone, one must determine the relevant "article of manufacture" from which the total profit must be calculated.

After analyzing definitions of "article" and "manufacture," the Court determined that "article of manufacture" is "broad enough to embrace both a product sold to a consumer and a component of that product, whether sold separately or not." As a result, the Supreme Court held the Federal Circuit's decision that components of infringing smartphones cannot be the relevant articles of manufacture is inconsistent with § 289.

Until the Federal Circuit is able to identify the appropriate article of manufacture and provide guidance for a test to use in future cases, this decision may offer little comfort to potential defendants facing allegations of design patent infringement.At the same time, owners of design patents may still have hope that, depending on how articles of manufacture are determined, there could be large damage awards for potential infringement.

1 Samsung did not pursue an additional ground to challenge the Federal Circuit's ruling related to whether the infringement caused the profits, and therefore, the Supreme Court did not address this question. 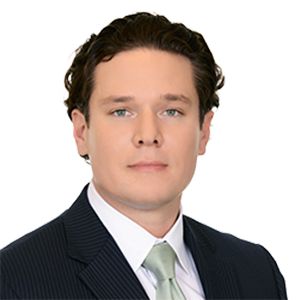