Skip to main content
Use of cookies by Norton Rose Fulbright
We use cookies to deliver our online services. Details and instructions on how to disable those cookies are set out at nortonrosefulbright.com/cookies-policy. By continuing to use this website you agree to our use of our cookies unless you have disabled them.
OK
The Federal Reserve recently announced a number of measures, in the midst of the COVID-19 (coronavirus) pandemic, intended to help stabilize and add liquidity to the country’s financial system, including the market for municipal securities. We summarize below its actions related to the municipal securities market.

On March 17, 2020, the Fed announced the start and on March 23, it expanded the scope of its commercial paper funding facility to include eligible municipal commercial paper with a maturity of 90 days or less.  On March 18, 2020, the Fed announced start and on March 20 and March 23, the Fed expanded the scope of its money market mutual fund liquidity facility to include first eligible short-term municipal securities and then variable rate demand obligations, with maturities or optional put features of 12 months or less.

The new issue municipal debt market has been shut down for the past two weeks due to the COVID-19 pandemic. Credit spreads between municipal securities and US Treasuries have widened to their highest level ever recorded, despite the relative safety of most municipal securities. The short-term, secondary municipal market has suffered over the same period from an absence of liquidity. Investors have increasing shunned investments in this market (and virtually all other debt and equity markets) in favor of cash positions, resulting in a significantly inverted municipal yield curve. The hoped for effect of the Fed’s lending lines for the municipal debt market is to increase demand for short-term municipal instruments, including variable rate demand obligations, and thus their prices, thereby helping to reverse the inverted municipal yield curve and narrow credit spreads to US Treasuries to enable the municipal debt market to resume functioning and raise needed capital for important public projects.


Under the expanded money market mutual fund liquidity facility, the Federal Reserve Bank of Boston will make non-recourse, no fee, low interest bearing advances of up to 12 months to “eligible borrowers” – US banks, their holding companies and the US branches or agencies of foreign banks. The advances will be secured by, among other collateral, highly rated (a) short-term municipal debt with a maturity of not more than 12 months and (b) municipal variable rate demand obligations with an optional put feature of not more than 12 months issued by SEC-regulated municipal money market funds (“VRDOs”) purchased by these eligible borrowers after March 17, 2020 (after March 22 in respect of VRDOs)(both (a) and (b), “qualifying municipal collateral”).

The Federal Reserve also noted that the capital effect on eligible borrowers who purchase and pledge qualifying municipal collateral will be neutral. This lending facility is currently set to expire on September 30, 2020, unless extended.


This credit facility will be provided to a Federal Reserve Act Section 13(3) special purpose corporation (or “SPV”) as “a funding backstop” for the SPV’s purchase (through primary dealers of the Federal Reserve Bank of New York) of highly rated, three-month maturity, US dollar denominated commercial paper (“eligible paper”) issued by any US issuers, including municipal issuers (“eligible issuers”). Funding for these SPV purchases will be provided by a recourse loan from the Federal Reserve Bank of New York secured by the SPV’s assets. The SPV’s equity will be provided by the US Treasury in the initial amount of US$10 billion. The facility’s current expiration date is March 17, 2021, unless extended.

For any eligible issuer, the SPV may not own at any time (and thus may not purchase) eligible paper in an amount more than the highest amount of all US dollar denominated commercial paper that the issuer had outstanding to all investors between March 16, 2019 and March 16, 2020.  If, however, the issuer is downgraded after March 17, 2020, the maximum amount becomes the amount of US dollar denominated commercial paper that the issuer had outstanding on the day prior to its downgrade. The “pricing of” eligible paper purchased by the SPV will be 110 basis points above the then-current three-month overnight index swap rate (which is based on the overnight federal funds rate) if the paper is rated in the highest rating category described in the next paragraph, or 200 basis points above that swap rate for paper in the second highest rating category. In addition, each eligible issuer must pay a 10 basis point facility fee based on the maximum amount of its eligible paper that the SPV is permitted to purchase, payable at registration of the issuer for the funding program.

If you have further questions regarding the operation or impact of these facilities, or would like advice concerning possible issuer or conduit borrower interim repurchases of short-term or demand municipal securities, please reach out to your Norton Rose Fulbright lawyer. 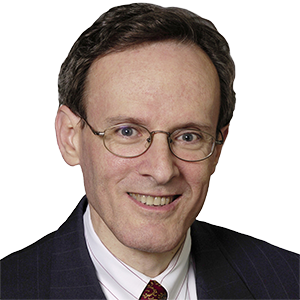