In part one of this article, we discussed the types of energy storage and the incentives that are supporting its development. Now let’s look at the financing issues and the project risks associated with energy storage today.

Investors and lenders are eager to enter into the energy storage market.

In many ways, energy storage projects are no different than a typical project finance transaction. Project finance is an exercise in risk allocation. Financings will not close until all risks have been catalogued and covered. However, there are some unique features to energy storage with which investors and lenders will have to become familiar.

Energy storage projects provide a number of services and, for each service, receive a different revenue stream.

Distributed energy storage projects offer two main sources of revenue. Capacity payments from the local utility are one. Power purchase agreements providing capacity payments for distributed energy storage systems with terms of 10 years or more are becoming customary in California. Payments for demand charge management for on-site load are another. Demand charge management occurs when electricity is drawn during times when grid prices are highest. By drawing on the battery for power at those times, customers avoid expensive demand response charges. Although the customer’s cost savings vary, developers can lock in a revenue stream by charging customers a fixed monthly fee based on projected cost savings.

Distributed energy storage systems that have been financed by borrowing on a non-recourse basis to date have been able to demonstrate a rate of return that is acceptable to lenders based on revenues from capacity payments from a utility and compensation for demand response management from creditworthy customers. What many industry players find exciting about distributed energy storage is the potential to stack even more revenue streams from ancillary services, such as spinning reserves and voltage support.

The primary benefit of distributed storage systems, so-called “value-stacking,” also presents a risk if competing uses of the battery are not properly managed. Unlike traditional project financings where assets are limited in their application, an energy storage system must be given the flexibility to operate in a variety of service roles. Covenants in loan agreements, for example, need expressly to permit the various uses the battery is intended to serve or could serve in the future.

Unlike distributed energy storage, utility-scale projects do not have the intrinsic ability simultaneously to sell services behind the meter to a host customer and capacity or energy to a utility. Utility-scale projects have the potential to provide a number of ancillary services to support the grid, such as frequency regulation, spinning reserves and voltage support, but it is difficult to monetize these services at this time due to a lack of compensatory structures in wholesale electricity markets. As a result, while a utility-scale project could theoretically provide different services to separate offtakers, it is more likely to have a single offtaker or revenue stream.

In the case of behind-the-meter systems, the customer would typically pay for or provide the electricity required to charge the battery, but the developer must be able to show that the battery provides an economic benefit to the customer after taking this cost into account. If a distributed energy source such as rooftop solar is available at the site, then the battery can draw on the solar array for power. In that case, the customer has no expense except, perhaps, lost income if net metering is available.

If no such energy source is available, then the battery will have to charge from the grid. In that case, the cost of the power will be paid by the customer as part of its monthly utility bill. The developer should account for this cost when setting its monthly subscription fee. One option is to deduct a fixed amount for the projected charging costs from the subscription fee. The charging cost (up to the fixed amount) then becomes a “pass-through” charge. With this structure, the customer takes the downside risk if charging costs turn out to be greater than the fixed amount, but takes the upside potential if charging costs are lower than expected.

Service contracts between energy storage projects and utilities may allow the utility the option to require the storage project to be available to accept electricity 24 hours a day, seven days a week. This ensures that the battery can be used at any time to soak up excess power from the grid, such as during times of peak solar and wind output, and to discharge energy when needed to support the grid. Storage projects may also enter into service contracts with associated facilities developed by the same sponsor or an unrelated sponsor.

Regulatory regimes for energy storage are in a state of flux.

Both the Federal Energy Regulatory Commission (FERC) and regional transmission organizations (RTOs) are grappling with how to update regulatory and policy frameworks to better integrate energy storage and remove barriers to market participation. Key regulatory issues currently under review include ways to remunerate energy storage in wholesale electricity markets and ways to facilitate interconnection.

Turning to environmental permitting, behind-the-meter storage systems do not generally raise separate material concerns because the footprints of such systems are typically small. Identifying permitting requirements for larger projects will require a review of local laws and regulations.

Utility-scale storage is usually financed as an add-on to a project that includes other assets. This can have implications for regulatory and environmental permitting requirements. If the battery and the other assets are owned by different project companies, then the situation could arise where regulatory and environmental permits pertaining to the battery are held in the name of the other project company. Shared use of the permits will need to be provided for in a shared facilities agreement, if the permits allow for such sharing.

According to recent research, lithium-ion batteries made up 98.4 percent of the U.S. energy storage market in the last quarter of 2016. Lithium-ion battery prices have fallen 73 percent since 2010, due to improvements in technology and scaling by manufacturers. Battery prices as a whole have declined 40 percent since 2014.
The type of battery selected by the project will depend on the intended purpose because certain technologies are better suited for certain purposes. For example, batteries with long charge-and-discharge cycles work best for energy supply shifting and household solar PV, while batteries with short charge-and-discharge cycles are best for short-term regulation of the grid and frequency response.

Because batteries are made up of chemicals, operating conditions can have a big impact on performance. The role of the asset manager is to optimize dispatch. The asset manager is a key player. Lenders will want to evaluate its credentials and track record. Given the nascent nature of the industry, many of these companies are startups.

Some companies that act as asset managers are both developers and dispatch managers. Examples are Advanced Microgrid Solutions, Stem and Green Charge Networks. Integration of the developer and asset manager roles can offer a competitive advantage. The companies can size the battery from the beginning by taking into account how they will optimize dispatch once the battery is operating.

A key operating parameter is the battery’s depth of charge. This refers to the amount of total capacity that remains, usually expressed as a percentage. For example, a battery with a 90 percent DoD has 90 percent of its total capacity remaining. Different uses require different DoD. In general, the greater the DoD required by a particular use, the faster the degradation of the battery and the more frequently the battery has to be replaced. It is good to look for a battery operator that knows the best operating parameters for the particular battery in question. Most battery developers offer O&M service for their batteries. Some developers may also be willing to provide a capacity guaranty.

Technical risk should be mitigated by a manufacturer’s warranty. Ten years is generally the market standard at this time. 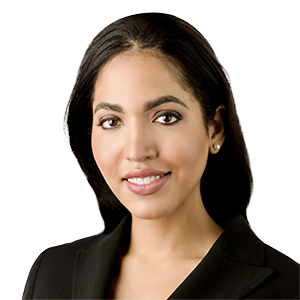