Administrative Law Judge David Shaw found that the X1 set-top boxes imported by ARRIS and Technicolor in service of Comcast violate Section 337 for the '263 and '413 patents.7 The ITC Commission affirmed this Final Initial Determination finding that Comcast violated Section 337 related to the '263 and '413 patents by importing the X1 set-top boxes.8 Comcast appealed to the Federal Circuit.9

Comcast argued "the imported X1 set-top boxes are incapable of infringement until the X1 set-top boxes are combined with Comcast's domestic services and its customers' mobile devices."10 It contended that "its conduct is not actionable under Section 337 because Comcast's inducing conduct 'takes place entirely domestically, well after, and unrelated to, the article's importation.'"11 Comcast argued that "the Commission's authority under Section 337 is limited to excluding articles that infringe at the time of importation," citing Suprema, Inc. v. U.S. Int'l Trade Comm'n, a 2015 en banc Federal Circuit decision.12 In Comcast's view, "Suprema should be limited to its facts, whereby the inducement liability must be attached to the imported article at the time of the article's importation."13

Comcast also argued that "it is not an importer of the X1 set-top boxes, in that the importer of record is ARRIS or Technicolor."15 Comcast asserted that because "it does not physically bring the boxes into the United States and it does not exercise any control over the process of importation," Comcast could not be considered an "importer" under the statute's definition.16

The ITC determined that the definition of an importer under Section 337 is an entity that causes the articles that infringe to enter the United States.17 In applying the definition to the Comcast X1 set-top boxes, the ITC found that Comcast was an importer because Comcast has complete control over the importation and specifications of the X1 set-top boxes.18 Comcast controlled the specifications of the products, which were "designed only for Comcast," and ARRIS and Technicolor required Comcast's permission to sell the goods to others.19 Therefore, the ITC held, Comcast acted as importers under Section 337. 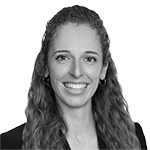