On February 12, 2018, the White House released its “Legislative Outline for Rebuilding Infrastructure in America,” which aims to increase investment in US infrastructure and accelerate delivery of major projects. The proposal would provide $200 billion of new federal money which would be used to stimulate at least $1.5 trillion in new infrastructure investment over the next 10 years.

Three key aspects of the proposal that would likely encourage broader private investment in US infrastructure through public-private partnerships (P3s) or privatization are:

These three aspects of the proposal are further described below.

Another key component of the proposal is shortening and streamlining the environmental permitting and approval process for infrastructure projects, including eliminating certain redundant or inefficient provisions in environmental law.

The remainder of the proposed $200 billion in new federal funds (after funding the new infrastructure incentives program and expanded infrastructure financing programs) would go toward rural projects and “transformative” projects, among other infrastructure investments.

There has been some push-back to the White House proposal. Senate Democrats issued a brief counter-proposal titled “Senate Democrats’ Jobs & Infrastructure Plan for America’s Workers.” The Democrats’ proposal is unlikely to advance as it calls for a roll back of the Republican-led tax cuts to pay for infrastructure, a likely non-starter with President Trump and Republican leadership in Congress.

Even some proponents of the White House plan are concerned about how the federal government would pay for the proposed $200 billion of new spending—the White House plan does not specify where these funds would come from—and the impact this spending would have on the deficit. These concerns were exacerbated by the passage of major tax cuts in December and a budget compromise that included new spending earlier this year.

While the White House proposal would help encourage broader private investment in US infrastructure, state and local governments appear to be moving forward with P3s regardless of any potential reform at the federal level.

It is also possible that specific pieces of the proposal that benefit P3s could be advanced on their own or added to other legislation, even if the full proposal is not passed by Congress.

Given the trend in recent years for state and local leaders to increasingly consider private financing and delivery of major infrastructure projects, we would expect that all or any portion of the proposal that passes Congress would support the continued growth of the US P3 market.

The “infrastructure incentives program”—which is the piece of the proposal that may have the most potential for encouraging private investment through P3s—would be a new $100 billion grant program that would reward states and cities that create new sources of revenue for infrastructure. The program would facilitate private investment by encouraging the creation of new dedicated sources of revenue that could back debt and equity financing.

Various federal agencies would solicit and evaluate applications from state and local project sponsors based upon certain criteria, including: the dollar value of the project, evidence of a plan to secure non-federal revenue to support long-term project funding needs, including funding for operations and maintenance, improved efficiency in project delivery and operations, incorporation of new technology, and evidence of potential economic or social return on investment. The project’s ratio of federal grant funds to non-federal sources of revenue would also be evaluated and a grant under this program would not be able to exceed 20% of the amount of the new revenue created. Grants would be conditioned upon the recipient meeting progress milestones set forth in an agreement between the agency and the recipient.

At least 70% of the evaluation criteria, by weighted value, focus on the use of new, non-federal sources of revenue for infrastructure. The criteria do not promote any particular types of new revenue or the use of any particular financing mechanisms, whether public or private (including P3s).

This is consistent with statements made by administration officials that the goal is to encourage broader investment in US infrastructure, and to let state and local officials choose whether to do this through P3s or more traditional methods.

In recent years, an increasing number of the states and cities that have created new sources of revenue dedicated to infrastructure have incorporated P3s and private capital as an important part of their overall plan for financing and delivering projects. We would expect this trend to continue under the proposal and for a number of the states or cities that would receive funds under this program to consider P3s alongside more traditional approaches.

The White House proposal includes a $20 billion expansion of existing federal loan programs and broader use of Private Activity Bonds (PABs). Federal loan programs identified for expansion and improvement include the Transportation Infrastructure Finance and Innovation Act (TIFIA), Railroad Rehabilitation and Improvement Financing (RRIF), and Water Infrastructure Finance and Innovation Act (WIFIA) programs. Each of these programs offers low cost federal loans (interest rates are aligned with the US Treasury’s costs of borrowing) with flexible repayment provisions that can be tailored to help match forecasted project revenues.

TIFIA would be expanded to offer loans to non-federal waterways and port and airport projects that are currently ineligible. Projects that are already eligible for TIFIA assistance include highway, bridge, public transportation, and intercity passenger bus and rail. One of the goals of the expansion of the TIFIA program would be to accelerate renovation of passenger terminals and other facilities at airports and ports.

For RRIF, the proposal would provide federal funds to cover the subsidy cost of loans, or the “credit risk premium”, which is currently a cost that falls on the borrower. Using federal budget resources to pay the credit risk premium for eligible short-line freight and passenger rail projects would make RRIF loans more attractive for applicants and make more money available for the development of rail infrastructure.

WIFIA currently has a lending limit of $3.2 billion. The proposal would remove this lending limit to allow WIFIA to support more eligible projects. The proposal would also change the definition of eligible borrowers from “community water systems” to simply “water systems,” which would allow more types of borrowers to be eligible for loans. In particular, this would allow WIFIA to be used for certain desalination plants and other projects that are not currently eligible because they sell water directly to another water provider. The proposal would also reduce the number of rating agency opinion letters needed from borrowers and allow EPA to waive the springing lien that is required with WIFIA loans, but only in certain situations.

PABs benefit from a federal tax-exemption that reduces interest rates on debt for certain privately developed infrastructure projects that provide public benefits. The proposal, among other reforms, would make additional categories of public-purpose infrastructure eligible for PABs, including rural broadband service, flood control and storm water facilities, hydroelectric facilities and environmental remediation. The proposal would eliminate the Alternative Minimum Tax preference on PABs, which according to the White House adds an estimated 30-40 basis points (0.30-0.40 percent) yield premium to the borrowing rate for PABs as compared to traditional municipal bonds. The proposal would also remove state volume caps for PABs and the national volume cap for transportation PABs, which limit the use of PABs.

Over the last several years these federal programs have proven to be extremely valuable for P3s. Their improvement and expansion would continue to facilitate and encourage broader private investment in US infrastructure.

The proposal includes certain other reforms that could facilitate broader private investment in US infrastructure, including, among others, the possible divestiture of certain federal infrastructure assets, increased flexibility to toll interstate highways, removing limitations on the number and size of airports that can participate in the airport privatization pilot program and commercialization of rest areas on interstate highways.

The proposed divestiture of federal assets turns on the theory that certain federal assets may be more profitable when owned and managed by state, local, or private entities. Potential assets that could be divested include certain transmission assets, airports and parkways.

Current law restricts tolling on interstate highways to certain limited scenarios. The proposal would relax tolling restrictions, with the idea that additional tolling revenue from additional tolled highways would be generated and could be reinvested in infrastructure under the pre-existing reinvestment requirements.

Current law limits the number of airports that can participate in the Federal Aviation Administration’s airport privatization pilot program to 10, including only one large hub airport. The proposal would remove the limitation on the number and size of airports that can participate in this pilot program. The proposal would also decrease the percentage of airlines needed to approve privatization from 65 percent to a majority vote.

The proposal would allow for commercialization of interstate rest areas where revenue from commercial activity at those rest areas would be reinvested into their respective interstates, which is not currently permitted.

In a similar vein, the US Department of Transportation is promoting asset recycling in a paper it released in conjunction with the White House proposal, titled “The President’s Initiative for Rebuilding Infrastructure in America.” Rather than having the federal government divest its assets, an asset recycling program would encourage state and local governments to lease certain revenue-generating assets to private investors. The goal would be for private investors to receive a steady revenue generated from the operation of the asset, while the public owners receive cash through the lease that may be invested in new infrastructure projects. Certain interstate highways and airports could potentially be included in this type of asset recycling program. 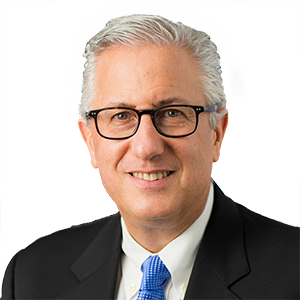 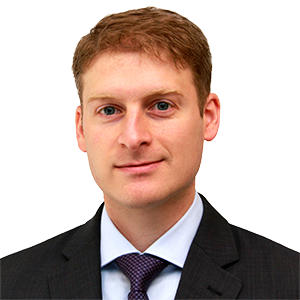