The US Securities and Exchange Commission (the “SEC”) has, in releases and administrative actions, provided interpretive guidance to municipal advisors regarding their duties under Sections 17(a)(1)-(3) of the Securities Act of 1933 (the “Securities Act”) or Section 10(b) of the Securities Exchange Act of 1934 (“Exchange Act”) and Rule 10b-5 thereunder (collectively, the “antifraud provisions”)1, and their potential liability for breaching those duties, when they participate in the preparation of official statements by municipal issuers.  In addition, new rules of the Municipal Securities Rulemaking Board (the “MSRB”), such as Rule G-42, reinforce the duties of care imposed on municipal advisors when they engage in these activities. The antifraud provisions and new MSRB rules deserve close attention, especially during the preparation of official statements and other disclosure documents on behalf of municipal issuers.

While the SEC has stated that “[i]ssuers are primarily responsible for the content of their disclosure documents and may be held liable under the federal securities laws for misleading disclosure,” the SEC has also indicated that “one does not have to be either an issuer or an underwriter to be held liable for committing fraudulent activities in the offer or sale of securities.”  The release and actions discussed below provide helpful insight regarding when a municipal advisor can become liable, even “primarily” liable, for material misstatements in or misleading material omissions from an official statement.

In its 1989 release proposing the initial version of Rule 15c2-12,2 the SEC included a section describing its understanding of the duties of underwriters in municipal securities offerings.  Its description included, in footnote 92, a statement regarding the duties of dealer financial advisors in competitive offerings:

In a competitively bid offering, the task of assuring the accuracy and completeness of disclosure is in the hands of the issuer, who will usually employ a financial advisor, which frequently is a broker-dealer.  Ordinarily, financial advisors in competitively bid offerings publicly associate themselves with the offering, and perform many of the functions normally undertaken by the underwriters in corporate offerings and in municipal offerings sold on a negotiated basis.  Thus, where such financial advisors have access to issuer data and participate in drafting the disclosure documents, they will have comparable obligations under the antifraud provisions to inquire into the completeness and accuracy of disclosure presented during the bidding process.3

The administrative cases discussed below demonstrate how, even prior to the passage of the Dodd-Frank Wall Street Reform and Investor Protection Act (“Dodd-Frank”), these “comparable obligations” of municipal advisors were applied in specific instances.

In the first case, In the Matter of County of Nevada, City of Ione, Wasco Public Financing Authority, Virginia Horler, and William McKay, Initial Decision Rel. No. 153 (Oct. 29, 1999) (“County of Nevada”), the administrative law judge found a municipal advisor, primarily liable for violations of the antifraud provisions.  In this case the municipal advisor’s contract with the County specified that her company would provide services essential to the offering, including preparing the official statement and coordinating printing and mailing of the same.  Such municipal advisor did in fact perform these services, including preparation of the official statement despite the underwriter’s offer to prepare the official statement.  The court noted that the municipal advisor, by contractually obligating her company to perform this task, undertook “the substantive responsibility to see that the representations contained in the offering statement were accurate and complete.”  Notably, the specific disclosure failures highlighted by the administrative law judge involved matters where the municipal advisor could have verified the information provided to it using third-party sources.

More specifically, the administrative law judge in County of Nevada found the municipal advisor failed to perform proper due diligence on certain matters, including (i) the failure to evaluate the developer’s credit-worthiness, financial wherewithal and real estate experience to carry through with the project; and (ii) the failure to identify properly the land owner, which could have been determined by “the most basic due diligence inquiry on this point – a title search.”  The judge further noted that a “process of verification” was required in order for the municipal advisor to conduct the due diligence she had contractually obligated herself to do in order to ensure that all material information was disclosed in the official statement.  The administrative law judge stated that he was “at a loss to understand why [the municipal advisor] did not understand” that by taking on responsibility for preparing the official statement “she also took on the underwriter’s duty to make full and accurate disclosure of material information to the investing public.”

Very generally speaking, an underwriter would not be responsible for material misstatements and omissions in a disclosure document if it could show that it conducted a proper due diligence investigation.  The same defense should generally be available to municipal advisors with “comparable obligations” to the obligations of an underwriter.  The elements of a proper due diligence investigation depend on the source of disclosure.  For example, generally statements made on the authority of an expert require a reasonable basis for belief in the statement without the need to independently verify the information.  However, other information, such as the representations of the developer in County of Nevada generally do require some independent investigation.

In its release proposing Rule 15c2-12, the SEC stated that, when underwriters are involved in a negotiated offering, they should engage in “an inquiry into the key representations in the official statement that is conducted in a professional manner,” and that “[s]ole reliance on representations of the issuer would not suffice.”4 Among other things, depending on the nature of the issuer, this has included meetings with municipal officials, visits to physical facilities and examination of the issuer’s records. In addition, underwriters usually require so-called “Rule 10b-5” letters from their counsel with respect to municipal offerings.5

Generally speaking, municipal advisors that prepare or actively participate in the preparation of official statements on behalf of issuers should develop and follow due diligence polices.  Municipal advisors can also hire disclosure counsel, either on behalf of themselves or on behalf of the issuer, and obtain a 10b-5 letter from them to demonstrate that the disclosures in the official statement have been considered by attorneys with securities law expertise.

The SEC’s recent MCDC initiative also highlights the type of information that may require independent investigation by municipal advisors that prepare official statements. The MCDC initiative resulted in penalties and sanctions to more than 70 underwriting firms and more than 70 issuers. Of special note to municipal advisors, in the cases settled with underwriting firms, approximately 10% involved competitive sales. While no penalties have been imposed yet on municipal advisors who may have had primary drafting responsibilities for the official statement, the SEC obtained information in the MCDC initiative that could be used to bring actions against parties in addition to the settling underwriters and issuers. If a municipal advisory firm had experienced, but subsequently corrected, the types of due diligence failures that resulted in sanctions against underwriters, it would be in a better position to avoid an SEC enforcement action based on its past transgressions.7

If a municipal advisor takes an active role in the preparation of official statements, it should adopt and follow prudent procedures for vetting offering documents and seek professional advice in doing so.  Municipal advisors not involved in the preparation of official statements should expressly disclaim responsibility for that function in their engagement letters, if possible, and make sure that they act consistently with the disclaimer.  Municipal advisors should also make sure their roles are clearly understood by their client throughout the transaction and should include appropriate limiting language regarding their roles in official statements, as applicable.8

1 The antifraud provisions discussed include the following:

Sections 17(a) of the Securities Act provides that:

It shall be unlawful for any person in the offer or sale of any securities (including security-based swaps) or any security-based swap agreement...by the use of any means or instruments of transportation or communication in interstate commerce or by use of the mails, directly or indirectly—

(1) To employ any device, scheme, or artifice to defraud; or

(2) To obtain money or property by means of any untrue statement of a material fact or any omission to state a material fact necessary in order to make the statements made, in light of the circumstances under which they were made, not misleading; or

(3) To engage in any transaction, practice, or course of business which operates or would operate as a fraud or deceit upon the purchaser.

Section 10(b) of the Exchange Act provides that:

It shall be unlawful for any person, directly or indirectly, by the use of any means or instrumentality of interstate commerce or of the mails, or of any facility of any national securities exchange—...To use or employ, in connection with the purchase or sale of any security registered on a national securities exchange or any security not so registered, or any securities-based swap agreement any manipulative or deceptive device or contrivance in contravention of such rules and regulations as the Commission may prescribe as necessary or appropriate in the public interest or for the protection of investors.

Finally, Rule 10b-5 under the Exchange Act provides, among other things, that it is:

...unlawful for any person, directly or indirectly, by the use of any means or instrumentality of interstate commerce or of the mails or of any facility of any national securities exchange: ...to make any untrue statement of a material fact or to omit to state a material fact necessary in order to make the statements made, in the light of the circumstances under which they were made, not misleading, in connection with the purchase or sale of any security.
2 Exchange Act Release No. 34-26100 (June 28, 1989).
3 Id. n. 92.
4 Id. at n.88.
5 Exchange Act Release No. 34-26100, September 22, 1988, at n. 80.
6 In particular, a municipal advisor “must make a reasonable inquiry as to the facts...that form the basis for any advice provided to the client. ...Among other matters, a municipal advisor must have a reasonable basis for: (a) any advice provided to or on behalf of a client;...and (c) any information provided to the client or other parties involved in the municipal securities transaction in connection with the preparation of an official statement for any issue of municipal securities as to which the municipal advisor is advising.” MSRB Rule G-42, Supplementary Material .01.
7 MSRB Rule G-42, Supplementary Material .04.
8 Disclaimers may disclaim responsibility for assuring the accuracy and completeness of disclosure, but should not disclaim having made an investigation, which could be a statement against interest. 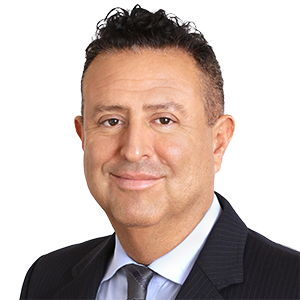