Nothing sparks demand like insufficient supply. The ongoing pandemic has caused or exacerbated numerous shortages with some, like toilet paper, easier to remedy than others. One critical shortage, however—that was developing long before recent events—concerns the global supply of integrated circuits, also called semiconductor devices. Semiconductor devices are among the hottest of commodities, and as a result of many demand-side and supply-side factors, have become difficult to obtain. The problem is already causing a rethink within numerous economic and business spheres. One area where it has yet to be considered but should be: patent protection.

The shift towards overseas manufacturing has made patent enforcement more difficult and challenged (IP) owners to advance claims that realistically can be enforced. In non-US jurisdictions, bringing a lawsuit means much more limited discovery tools than the US, if discovery exists at all. In the US, patent law offers a narrow path to enforce patents against semiconductor manufacturing implemented overseas. The patent infringement statute generally limits infringement to activities like making, using, selling and importing that occur in the United States (35 U.S.C. § 271(a)). But the statute also contains a provision that captures some overseas infringing activities by defining infringement to also include importing into the US a product made by a process patented in the US (35 U.S.C. § 271(g)). Under this provision, performing a semiconductor manufacturing process overseas in violation of a US patent creates liability in the US when the manufactured semiconductor device is imported to the US.

Nevertheless, use of this provision has its practical challenges. Some semiconductor processes have been suitable for enforcement under § 271(g), such as when the process involves deposition and patterning of a sequence of layers creating a product that clearly indicates the sequence of process steps used in forming the layers. Other semiconductor processes, however, are difficult, if not impossible to demonstrate from the resulting product, such as when the process involves how particular layers are formed or etched. The latter involves process details that often cannot be deciphered from the resulting product and instead may benefit from the broader discovery available in the US, except the documents sought are usually not available in the US when the fab is located elsewhere. Such challenges to enforcing US patents under § 271(g) have over time decreased interest in US patents directed to semiconductor manufacturing processes and instead have led patentees to direct patent claims to end-products or to forego US patent protection altogether.

The erosion of US-based fab capacity is likely about to change. Lack of local fab capacity and increasing disruptions in global shipments, due to the pandemic, port backlog and other transportation issues, along with a trend towards "just-in-time" inventory management, have created a shortage of semiconductor devices in many industries. At the same time, semiconductor devices are now used in an increasingly diverse range of products and industries outside of personal computers and smartphones. They include, among other things, large server centers powering cloud computing services that require packing thousands of processors into rooms and smart light switches that incorporate processors for wireless connectivity. Even today's cars include dozens of integrated circuits to power new features like collision detection, app-based entertainment systems, digital instrument clusters, assisted driving and more. In 2021, auto makers are being forced to remove features from new vehicles or shut down entire assembly lines due to semiconductor shortages. This higher level of demand—coupled with lack of supply—have changed the thinking in the US (and Europe) about reliance on foreign fabs. There is also a growing national security interest to have more US-based fab capacity. This convergence of priorities has resulted in acute interest in expanding US capacity for semiconductor manufacturing, reflected by recent public commitments from private companies to build new fabs in the US and proposals from government entities to encourage investment in local fabs.

Expectations of increasing US semiconductor manufacturing capacity should be considered in patent portfolio development strategies for IP owners. An increase in US capacity suggests a greater potential to enforce patents under the most commonly applicable infringement provision, § 271(a), and access to broader discovery tools in the US regarding potentially infringing processes and tools. In addition to investing in more robust US patent portfolios, owners of semiconductor-related IP should consider directing more patent protection to manufacturing processes, manufacturing tools and intermediate structures, and take other steps to better position a portfolio of semiconductor patents for enforcement or deterrence. For example, intermediate structures, such as those that may exist on the wafer prior to dicing and packaging may have more value in US patents if those wafers are made in the US, as compared to when the wafers are made abroad and the intermediate structure eliminated before US importation. US discovery may provide the scope needed to obtain infringement evidence of such structures, although IP owners still have the burden to demonstrate infringement in the complaint.

IP owners revisiting patent protection strategies for reasons discussed above should also keep in mind some recent case law impacting US patent enforcement and appropriately steer portfolios in view of it. For example, under § 271(g), there is no requirement that a single actor perform all of the step in a claimed process. As the Federal Circuit held in Syngenta1, the focus of § 271(g) is only on products resulting from the patented process. That is, the act creating liability under § 271(g) is the import of the product manufactured by the patented process, not the process itself. The Federal Circuit noted that "[n]othing in [§ 271(g)] suggests that liability arises from practicing the patented process abroad." IP owners seeking to capture products of semiconductor manufacturing performed overseas under § 271(g) understandably may have been less concerned about whether one actor performed all process steps.

That concern must be front and center for semiconductor products manufactured in the US. The Federal Circuit in Akamai2 required that all steps of a claimed process be performed in the US by or in a manner attributable to a single entity for infringement under § 271(a). That is, divided infringement, and thus lack of liability, under Akamai may result when multiple actors are involved in performing all steps of a claimed method. Accordingly, stronger and more readily enforceable claims under § 271(a) are tailored to a single actor practicing all steps of a method claim. For innovations focused on individual layers or structures, IP owners should consider how they are implemented on the processing floor and protect the steps performed by a single tool or a cluster of tools working together to perform a particular function. For innovations focused on higher-level processing flows, patent protection should be focused on the context of the innovation within the front-end-of-line (FEOL) processing, back-end-of-line (BEOL) processing, or packaging.

IP owners should also recognize that § 271(g) excludes from infringement a product manufactured overseas by a process patented in the US if the product is "materially changed" before import. Accordingly, liability will not attach under § 271(g) to a product of a process covered by a US patent that is materially changed from the product that is actually imported, even if the patented process was used to make the imported product. The Federal Circuit has noted that the "materially changed" exception in certain circumstances "den[ies] protection to holders of process patents on intermediates as opposed to 'final' products."3 Protection of these "intermediates" can be significantly disfavored in a patent portfolio intended to cover products manufactured overseas. The "materially changed" exception has never been definitively defined and "[w]hat makes a variation significant enough to be a 'material change'" remains "a question of degree."4 However, this exception endures as a possible defense and thus a deterrent to enforcing claims to intermediate structures. Section 271(a), however, includes no such exception, and so making, using, or selling a claimed intermediate structure may risk patent infringement liability because the "proximity" of the process to the product is not relevant when the process is performed in the US. Thus, IP owners should consider protecting intermediate structures that add to the value of the final product, even if that intermediate structure is materially changed during later processing steps.

Related to this "intermediate" structure aspect are processes for testing, measuring, and monitoring in semiconductor fabs (which may sometimes make use of intermediate test structures). The Federal Circuit has held regarding § 271(g) that "by" in the statute's language "made by a process" requires that the process "must be used directly in the manufacture of the product, and not merely as a predicate process." Patented methods involving, for example, obtaining and processing metrology data for semiconductor wafers during the more than 500 processing steps involved in making a computer processor product would arguably not be covered by § 271(g) because the steps relating to measuring and processing the data are not directly involved in "making" the product. By contrast, liability under § 271(a) is not predicated on the manufacturing of the product, but rather on performing the claimed process. IP owners should seek to apply a more scrutinous eye to the measurement and testing aspects of semiconductor manufacturing and to protecting those aspects deemed inventive.

Rebuilding US-based fab capacity will be a multi-year process, but now is the time to think about how to align patent portfolio development programs to a global semiconductor industry that may soon undergo major geographic shifts.

Read a version of this article on Law360, "What Semiconductor Shortage Means For Patent Drafting." 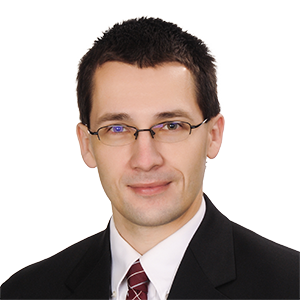 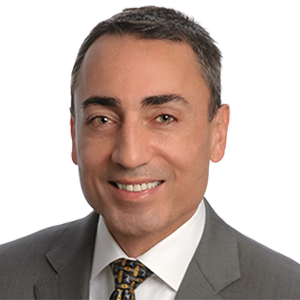