Gagnon, currently of counsel at Norton Rose Fulbright and leader of its Family Law Practice, received the award in part for helping lead efforts to aid the high percentage of litigants forced to represent themselves during stressful divorces or custody disputes in Houston's courts.

Harry Reasoner, a past recipient of the Leon Jaworski Award and longtime partner at Vinson & Elkins, presented Gagnon with the award at a luncheon ceremony at the Briar Club March 3. The Leon Jaworski Award is given to a lawyer who has demonstrated a lifetime commitment to community service in the Houston area and is named, of course, after the firm's best known partner, Leon Jaworski, whose life and achievements reflected a deep commitment to public service.

Realizing that pro se litigants were not adept at drafting legal forms, Gagnon chaired committees appointed by the Texas Supreme Court that created approved divorce forms and Protective Order forms. He has donated more than 1,000 hours annually to representing people of limited resources and is the lawyer who has put in the most hours of pro bono volunteer service through Houston Volunteer Lawyers. In addition, he promoted pro bono volunteer work among many of his law firm's lawyers and lawyers known to him through the American Inns of Court, serving as their mentor.

Gagnon has given back in extraordinary – and various – ways to his community. An Eagle Scout himself, he has volunteered with the Boy Scouts throughout his adult life. He is in his 51st year of service as Assistant Scoutmaster of Boy Scouts Troop 642, based in the Memorial Villages. He is a life member of the Houston Livestock Show and Rodeo and a member of its Commercial Exhibits Committee and Legal Advisory Committee in addition to being a Bar-B-Que Cook-off Reserve Grand Champion (Ribs).

A South Texas College of Law alumnus, Gagnon helped pay his way through law school by working in the mailroom of Fulbright & Jaworski. He joined the firm as a lawyer after graduating in 1974 and became a partner in 1989. He has dedicated his career to helping clients address difficult family issues like custody disputes and division of property. He has represented clients in more than 65 jury trials involving contested custody and/or property issues and has prepared more than 300 pre-marital agreements. Renowned for his knowledge of Family Law, he has authored more than 200 articles and presented more than 350 speeches or seminars on various Family Law topics. 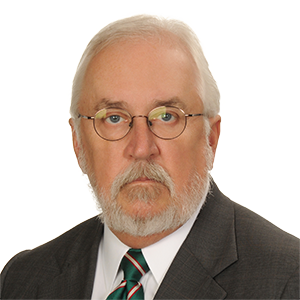