The Texas Bar Foundation recently honored Terry Tottenham (Austin) by selecting him as a recipient of its 2021 Outstanding 50 Year Lawyer Award.

The award recognizes lawyers who have practiced at least 50 years, adhered to the legal profession's highest principles and traditions and provided exemplary service to the public and the communities in which they live.

Tottenham, an Of Counsel who joined the firm in 1970, is a highly accomplished litigator whose practice focused on complex litigation in both federal and state courts. He held several positions during his career, including head of Norton Rose Fulbright's pharmaceutical and medical device litigation practice group and Partner-in-Charge of the Austin office.

Throughout his notable career, he has been active in several community and legal affairs. Tottenham served as Chair of the American College of Trial Lawyers Teaching Trial and Appellate Advocacy Committee creating a CLE program for public interest lawyers, taught Pretrial and Trial Civil Litigation Strategy at the University of Texas School of Law and has chaired numerous boards and committees.

This year's honorees will be publicly recognized on June 18 at the Texas Bar Foundation Annual Dinner in Fort Worth. The Texas Bar Foundation is the largest charitably funded bar foundation in the US. Its members are nominated because "of their dedication to the administration of justice and high professional standing among their peers." 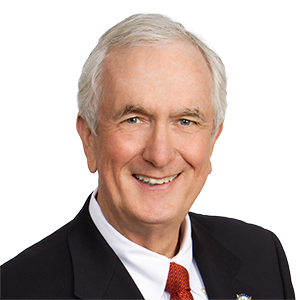