Chadbourne & Parke LLP represented Enel Américas S.A. (formerly known as Enersis S.A.), a Chilean electric utility company, in a corporate reorganization transaction to organize all of its electricity generation, distribution and transmission businesses by geographic focus, with one group of companies focused on Chile and the other group focused on Argentina, Brazil, Colombia and Peru. The reorganization, which was first announced in April 2015, was implemented through a series of related transactions that involved splitting three Chilean public companies into six public companies (including four with American Depositary Shares (ADSs) traded on the New York Stock Exchange (NYSE)), conducting parallel tender offers in Chile and the United States, and entering into a three-way cross-border merger to create a NYSE-listed company under the name Enel Américas S.A.  The merger became effective on December 1, 2016.  Following the merger, a separate group of companies, including two other NYSE-listed companies, will continue to conduct Enersis’s businesses in Chile.

The first step of the reorganization involved the separation of the Chilean and non-Chilean electricity generation, distribution and transmission businesses of Enersis and its subsidiaries, Empresa Nacional de Electricidad S.A. (also known as Endesa Chile) and Chilectra S.A., through a spin-off process known as “división” or “demerger” under Chilean law. The second phase of the reorganization involved:

Following completion of the reorganization transaction:

ADSs of Enel Americas, Enel Chile and Enel Generacion Chile are listed and traded on the NYSE under the symbols “ENIA”, “ENIC” and “EOCC”, respectively.

In connection with the reorganization transactions, Enel Américas also issued US$600 million of SEC-registered bonds and entered into a US$1.5 billion international credit agreement.

Chadbourne served as US legal advisor to Enel Américas and its subsidiaries. Chadbourne lawyers were involved in the structuring and implementation of the complex and lengthy reorganization transaction.  The series of interrelated transactions involved extensive coordination of US securities laws and Chilean corporate and securities laws, including compliance of the merger with related-party transaction rules in Chile and of the merger and the tender offer with the SEC’s going-private rules.  The reorganization transaction required extensive discussions with the SEC on several novel legal and accounting matters during its various phases. 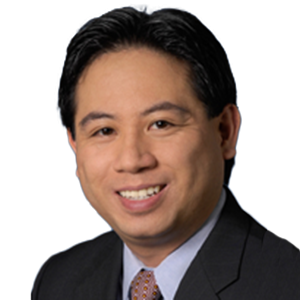