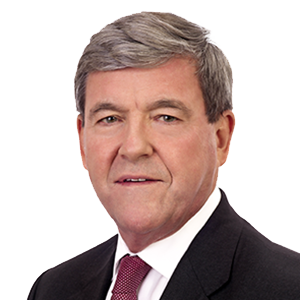 Steve Pfeiffer, a partner since 1983, practices in the Washington, D.C., office and began a second four-year term as Chair of the Executive Committee in January 2007. He previously served as the Partner-in-Charge of the Washington, D.C., and London offices and as the head of the International Department. Before joining the Washington office in 1986, he resided in the London office. He went to London as an associate in 1979 after two and a half years in the Houston office.