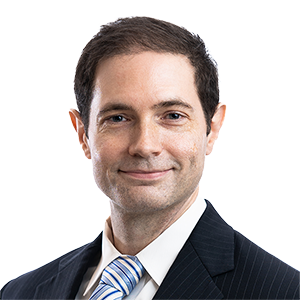 Bob joined the Houston office in 2010 as an associate with the disputes group.  Prior to joining Norton Rose Fulbright, Bob clerked for U.S. Bankruptcy Court Judge for the Southern District of Texas (Houston Division), Marvin Isgur.

Bob has represented debtors and creditors in all aspects of complex commercial bankruptcy cases.  Based in Houston, Bob has gained particular expertise representing debtors and creditors in oil and gas and other energy cases, including disputes over the treatment of plug and abandonment liabilities, covenants running with the land, characterization of net-profit and royalty interests, state producer lien statutes, priority among competiting lien claimants, shared service agreements, executory contract issues, and asset sales.

During law school, Bob was an Associate Editor of the Texas Law Review. Bob also interned with the Court of Criminal Appeals and the U.S. Attorney's office and represented individuals at commitment hearings with the University of Texas School of Law Mental Health Clinic. At the University of Wisconsin, Bob received individual majors in history, psychology, political science and legal studies and was a member of Phi Beta Kappa.

• In re Panda Temple Power LLC et al., Case No. 17-10839, Bankr. D. Del. - represnted debtors' energy manager with respect to negotation of an agreed termination of energy managment and related agreements and release of claims.

• In re Ryckman Creek Resources, LLC, et al., case No. 16-10292, Bankr. D. Del.– represented major oil and gas exploration company in connection with obtaining termination of a storage agreement and release of claims.

•In re Ultra Petroleum Corp., et al., Case No. 16-32202, Bankr. S.D. Tex.  – represented, as co-counsel, ad hoc committee of bond holders,  in connection wtih obtaining payment in full of the bond holder claims as  "unimpaired creditors, " including a $400 million claim for a make-whole premium.

• In re Peabody Energy Corp., et al, Case No. 16-42529, U.S. Bankr. E.D. Missouri  - represented net-profit interest holder with respect to dispute over characterization of the interest as a real property interest under Wyoming state law and obtained a favorable settlement that resulted in the payment of hundreds of thousands of dollars in past-due amounts and preservation of the net-profit interest.

•In re Energy XXI., et al., Case No. 16-31928, Bankr. S.D. Tex. – represented, as co-counsel, ad hoc committee of second lien noteholders in connection with obtaining 84% of the reorganized debtors' equity.

• In re MidStates Petroleum Co., et al., Case No. 16-32237, and In re SandRidge Energy, Inc., et al., Case No. 16-32488, U.S. Bankr. S.D. Tex.   - represented one of the debtors' primary electricity providers in connection with negotiating increased adequate assurance deposits, payment of outstanding cure amounts, surety bonds for future security, and the release of any preference or other avoidance claims.

•Black Elk Energy Offshore Operations, LLC, Case No. 15-34287, Bankr. S.D. Texas  —represented operator and co-working interest owner with respect to certain offshore leases and platforms that had significant (in excess of $20 million) P&A obligations, including in connection with negotiating the acquisition of certain of the debtors' revenue-generating interests, waiver of claims, as well as an allowed claim for contingent P&A obligations.

•Tow v. Lozier ADL LLC, et al (In re ATP Oil & Gas Corp.), Adv. No. 15-03179, Bankr. S.D. Texas - obtained dismissal of over $10 million in avoidance claims asserted against over a dozen financial institutions that allegedly received dividend payments from ATP following motion to dismiss briefing and an evidentiary hearing on the Trustee's assertion of an equitable tolling defense.

• Trevino v. HSBC Mortgage Services, Inc., Adv. No. 13-07031, Bankr.S.D. Tex. - respsented mortgage service provider in connection with over a dozen claims, including abuse of process, violation of federal and state debt collection statutes, and orders of the court and subsequently obtained a favorable settlement following dismissal of the majoirty of the claims and mediation.

• In re Buccanner Resources, et al., Case No. 14-60041, Bankr. S.D. Tex. -  represented oil and gas exploration company with both onshore and offshore assets in connection with a sale of substantially all assets and confirmation of a chapter 11 plan.

• In re Seahawk Drilling, Inc., et al. Case No. 11-20089, Bankr. S.D. Tex. - represented one of the largest Gulf Coast drilling companies in connection with a sale of substantially all assets and confirmation of a chapter 11 plan.