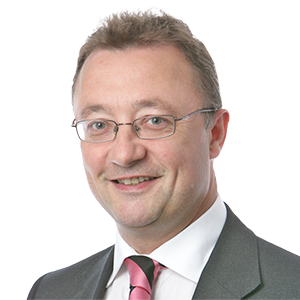 Peter Ford is a pensions lawyer based in London.

He is head of our pensions department, and, having worked for over 30 years in pensions law, is one of the UK's most experienced pension lawyers. Over that period he has advised major UK and international corporates, banks, trade unions, government and public sector bodies (both UK and overseas), other pensions professionals (including insurance companies, actuaries, accountants, investment managers, custodians and other financial institutions) and pension schemes of all types and sizes. He advises on all aspects of pensions law and is often asked to be an expert witness by other lawyers in litigious matters.

Peter was the lead legal adviser to the Government sponsored Pickering Review into simplification of private pensions which he helped to write.  Formerly an elected member of the Association of Pension Lawyers Main Committee (a role he held for approximately 10 years), he is a member of a number of pensions organisations and is often asked to judge pensions industry awards.

Peter qualified as a solicitor in April 1988 and became a partner in the pensions department of another leading practice in 1993.

Pensions Briefing - Auto Enrolment: The Basics and Practicalities for Employers