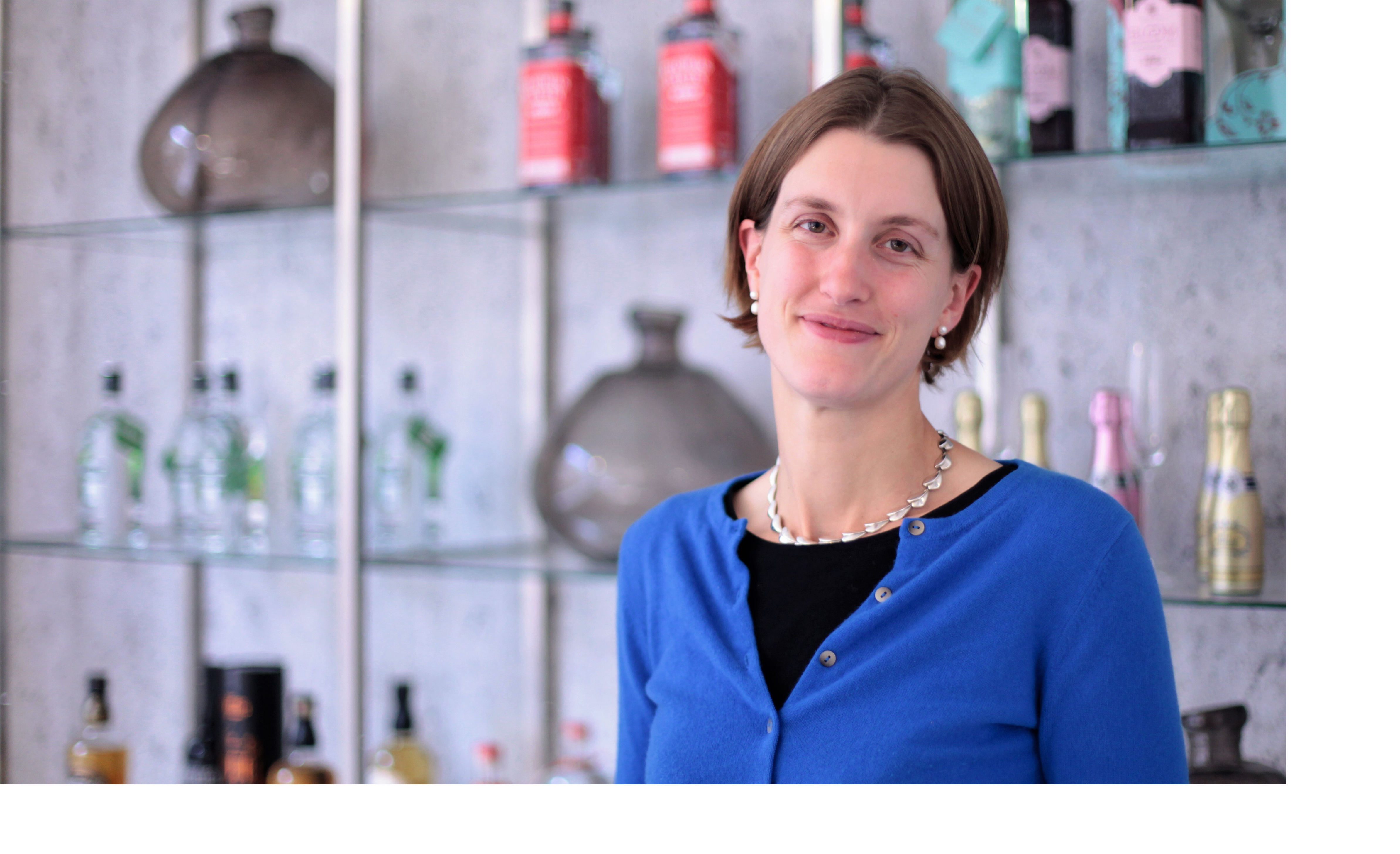 Esther Clothier (as she was then) worked in the corporate finance team from 2004 to 2011. Now balancing the roles of motherhood and legal consultant to Stock Spirits, Esther shares memories of her time with us and how she started a career which, in her words, “looks remarkably like a drinks menu.”

As a teenager Esther was regularly told that she should become a lawyer. “My awareness of the profession didn’t go much beyond criminal, family and probate law, none of which interested me at all. Studying economics and politics at university I decided I wanted a career in the City – and when it became clear that commercial law offered a good route into that, it suddenly seemed a lot more appealing!”

Esther joined the firm in 2004 and was only a few months qualified when she was sent to wait outside an important commercial negotiation at the client’s office in case they needed someone. “It was very much on the understanding that they were going to summon my supervising partner at the point it moved to a ‘legal discussion.’ The negotiations had to be concluded within 24 hours or a longstanding project would collapse. Needless to say, when the commercial negotiations were concluded, the clients wanted to brief the lawyers immediately and weren’t prepared to wait for anyone else to arrive. I joined the meeting and listened to their long fought out proposal before, very nervously, pointing out that I didn’t think that their solution actually worked in practice. Instantly, the other side flung down their pens, gathered all their papers and left for the airport abandoning the negotiations. I found a quiet corner to call my supervising partner to break the news to him and to check that the point I had made was actually right. Fortunately it was, and everyone soon calmed down and we did reach a resolution within the timeframe required, but that still remains one of my most dramatic experiences of being put on the spot.”

Esther’s experiences at Norton Rose Fulbright have taught her some key lessons. “Being a corporate lawyer gives you the foundation to launch into new areas which you have never dealt with before and upskill very quickly. I am now pitched as a drinks industry specialist, but when I arrived on that first secondment I had no clue about any of the legislation or regulations that apply to the production or sale of alcohol, or indeed the IP side associated with brand ownership. But with a ‘can do’ attitude it is amazing what you can learn on the job! Secondly, if you take a reasonable position at the outset in a negotiation, it makes it very hard for your counterparty to come up with a convincing counter position – and it really speeds up negotiations. I hate arguing about tedious legal points for the sake of intellectual grandstanding… “

“I worked with some amazing people during my time at the firm and subsequently; but Alan Crookes made a particular impact. He was always calm, always in good humour and never tired (or at least not too visibly) of answering my endless questions of ‘why are we doing it this way?’ I learnt a huge amount from his explanations of why, in any particular case, I was wrong and he was right – which in turn increased the number of times when I was right! I have huge respect for the fact that he managed to do that in a way that inspired me, rather than making me feel foolish.”

It was during her time with us that Esther was seconded to Constellation Europe, then part of the Constellation Brands group, the world’s largest wine company and producer of wines such as Hardy’s and Echo Falls. It was there that she decided to leave to join the business permanently. “It had just been acquired by an Australian PE firm and was rebranded Accolade Wines,” she explains. After a career break when her sons were born, she briefly worked with Concha y Toro (the producer of Casilliero del Diablo) before becoming Group GC of Quintessential Brands; a leading spirits producer with a particular exposure to gin (including Greenalls and Opihr), Irish cream and Irish whiskey.

Since then she has been consulting for Stock Spirits (one of Central & Eastern Europe’s leading spirit companies – which has added vodka and limoncello to the mix) and Seedlip (her first venture into non-alcoholic spirits). “I am currently working part time on a consultancy basis as I am also in charge of school runs, clubs and general cheerleading for our sons. The work I am doing now means I can balance both; which is fantastic. I am very fortunate that I am still doing interesting work in an industry I love, so I feel I really add value with my industry experience. However, I have resigned myself to the fact that a lifelong challenge is going to be that I am still a corporate lawyer at heart – I will always instinctively want to say ‘yes’ to every project, to look for a way to ‘make it work’ and to assume that I have 24 hours in a day that I can use to achieve that. Then I remember I need to be at the school gates at 3.30....”