Words by Stéphane Braun and images by Sylvie Ayer

The pollution. There are many forms of pollution of our seas and oceans. Oil spills obviously come to mind, but I am most worried about plastic pollution. The amount of plastic waste dumped into the oceans each year is expected to triple by 2040. If National Geographic’s prediction is proved right, each year, 29 million metric tons of plastic are going into the water. The sum total is estimated at 600 million metric tons. 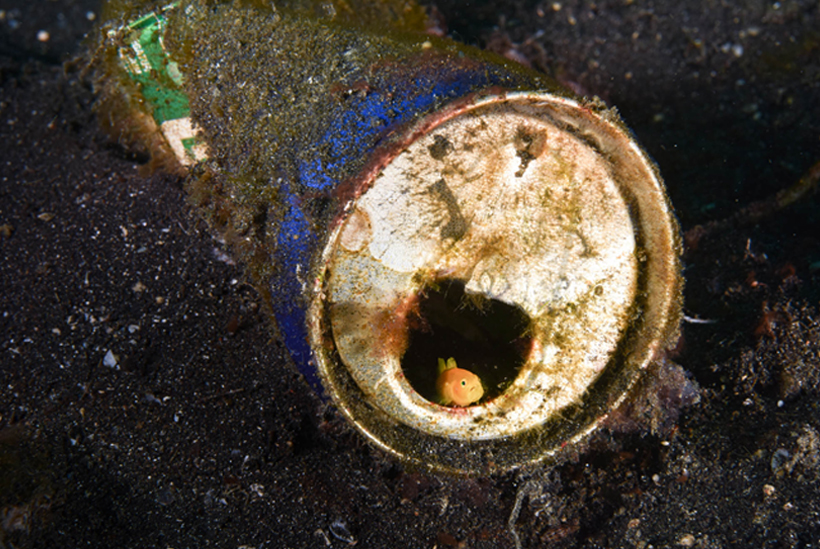 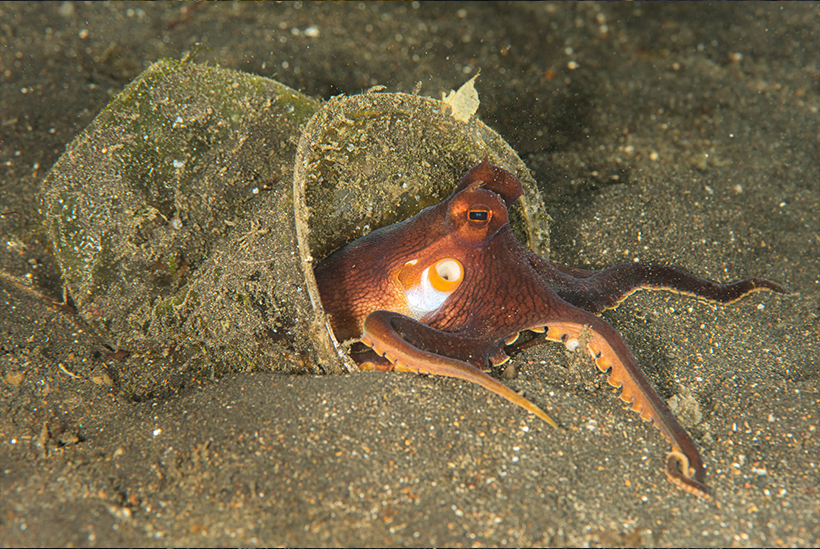 Noise. The underwater world is no longer the ‘world of silence’ described in the twentieth century by the French undersea explorer Jacques Cousteau. In the marine environment, visibility is at most only a few dozen metres. Sound, however, can travel hundreds, even thousands of kilometres. And sound is essential for marine mammals in all aspects of their lives: during reproduction; to hunt; to feed; to avoid predators; to communicate or to orient themselves. Whales, dolphins and porpoises are all Cetaceans (an aquatic order of mammals) and they rely upon the emission and reception of sound signals to characterise their environment and at times to communicate over hundreds of kilometres. Underwater sound has been filled and polluted with extraneous noise generated by ships, military sonars and other man-made sources.

Rising surface water temperatures. Most marine ecosystems live in surface waters—the waters between the surface and a depth of 75 metres—and since the 1970s the temperature of these surface waters has been rising. Across the globe, the ocean’s surface has warmed by more than 0.1°C per decade since 1971. Although the causes and rate of this warming are still being analysed, the warming of surface waters and its impact on marine ecosystems is undeniable. Unusually warm ocean temperatures and strong El Nino phenomena push temperatures up still further, leading to the widely reported global bleaching events in coral reefs. This bleaching takes place when the algae that live in the coral are expelled as a result of stress caused by extreme, sustained changes in temperatures, turning the coral white and putting it at risk of dying if conditions do not return to normal. The 2016 El Niño is considered one of the strongest El Niño events ever recorded. In the Maldives, sea surface temperatures peaked in April that year, precipitating a bleaching event, with temperatures of over 32°C recorded. 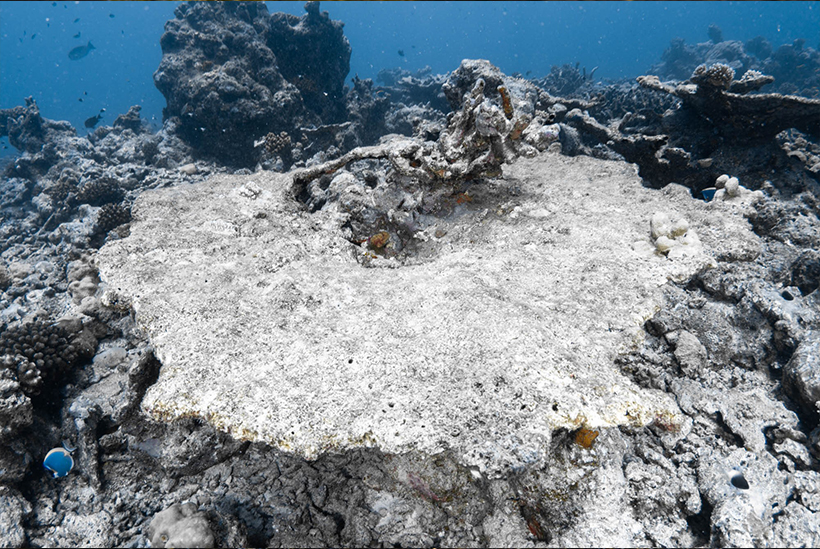 Over-fishing. All fish species are affected by over-fishing. A large number of species of sharks, for instance, are in danger of extinction. The number of sharks found in the open oceans has plunged by 71 per cent over half a century, mainly due to over-fishing. Sharks and rays are caught for their meat, fins and liver oil. 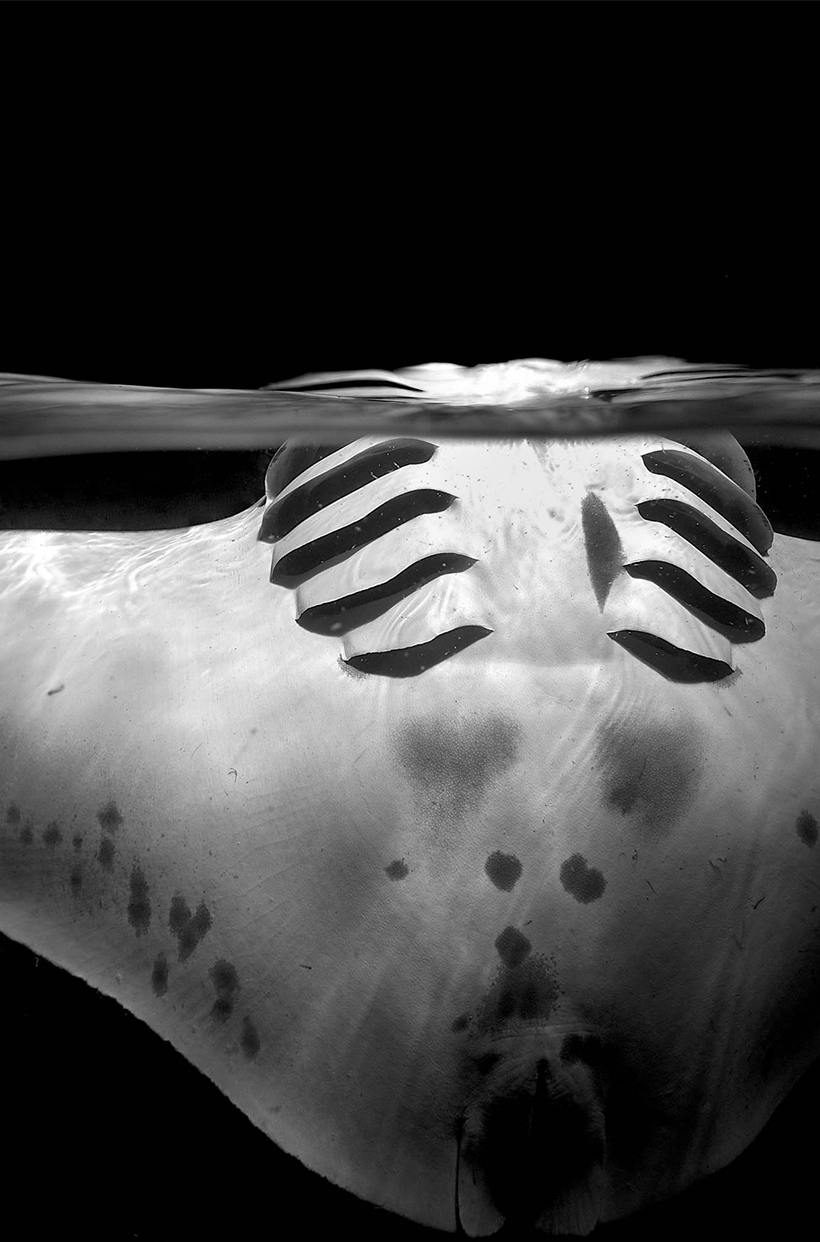 They are also captured for recreational fishing. And they turn up by accident in the catch of fishing boats that are targeting other stocks. Sharks are at the top of the food chain and are crucial to the health of the oceans. Their loss impacts other marine animals as well as human livelihoods.

We can find many private and governmental initiatives but none are significant enough nor well enough coordinated—not even when it comes to the creation of marine wildlife conservation areas and marine reserves. More has to be done.

The waters are filled with rich and immense biodiversity. Those underwater species that have limited adaptability (so the majority) are in danger of extinction. Yes, in the past, certain species have been able to adapt. This was the case with the coelacanth (pronounced SEEL-uh-kanth), which was considered a transitional specie between fish and tetrapods. The coelacanth was thought to have gone extinct along with the dinosaurs 65 million years ago. Its discovery in 1938—by a South African museum curator on a local fishing trawler—fascinated the world and ignited a debate about how this bizarre, primitive-looking lobe-finned fish fits into the evolution of land animals. Why did the coelacanth survive? For one good reason: it lives deep in the ocean, where conditions are stable.

Stéphane Braun is the head of Norton Rose Fulbright’s Luxembourg office. His own underwater photographs can be seen in 'In the Eye of a Fish'.

Ahead of COP26, our stringers file their reports: Noni Shannon in Sydney, Tom Luckock in Beijing, Caroline May in London | Issue 19 | 2021