Jackie O'Brien in conversation with Ingeborg Alexander in 2014

"The simple fact is people aren’t calm and they are not happy all of the time. They can’t be. They’re human beings."

My father was the first person in his family to go to university and he wanted the same opportunities for his daughters. Interestingly, though, he would not allow my mother to work.

My parents went to the UK in the 1960s to work with the national health system. I was born in London; in 1970, when I was ten, the family decided to return to Australia. It took us thirty-six hours to get here. We stopped in Frankfurt, then Rome, then Bahrain, then New Delhi, then Singapore, then Perth, then in Sydney. I felt a bit like a foreigner in my own country.

When my elder son, Ollie, was maybe six, we were doing a family holiday on the Sunshine Coast and he went on a whale-watching trip with his father. I remember talking to him as he was trying to go to sleep. ‘How was it? What did you think?’ And he said, ‘Oh Mum, you can’t believe it, the whale was really close and there was one whale and I saw its eye and its eye was looking at me and its eye was as big as my head!’ And I said, ‘Oh my goodness, was that scary?’ And he said, ‘No, no, no, no, it was great. Mum, do you think the whale is thinking about me tonight?’ And I said, ‘Look, quite possibly, darling, yes, quite possibly he might be thinking or she might be thinking about you tonight. If he were or she were, what do you think he or she might be thinking?’ ‘I’m thinking that they would be thinking how little I was.’ And I thought, excellent! It’s that looking at something and then trying to see something from another person’s perspective; it’s about recalibrating the experience and just wondering what it feels like on the other side of the lens. I thought, great! I’ve done one good parenting thing.

I, as far as I know, am the second person in the family to go to university and the first woman. But for the Labor Whitlam government in the mid-1970s, there was a very real prospect that I may not have gone.

My mother grew up on the land in New South Wales. Her father was a grazier and, although he was prepared to send my mother off to a very fine boarding school, she was basically not allowed to go to university.

The mid 1970s was a huge period of change in Australia – it’s not just about being able to attend university essentially free of charge, it was what that did to the mindset of people about tertiary education.

Ollie went on French exchange for three months at the age of 16; he went to Lyons. He made that decision himself, but I was cheering in the background. It’s the preparedness to do that sort of thing at that age, to go to the other side of the world, and what that does to your mindset, your resilience, your independence.

The ability to constructively second guess yourself about the assumptions that you’re making is an absolutely critical skill for a lawyer.

If you’d said to me at 15, very shortly your father is going to leave you and your mother for somebody who’s actually only three years older than you, and your mother, who has never been allowed to work, will have to go back to work; and if you then said now fast forward about twenty-five years and I’m going to tell you that you are going to give birth to a child who has a profound intellectual disability and has autism and epilepsy and won’t ever be able to speak, I would have said, as a 15-year-old girl, I cannot imagine anything worse, that is appalling. But that is exactly what happened.

I love words. I love them. I think most lawyers do.

All of the social layering that most of us take for granted, the way we behave, the things we do, the things that we expect of one another, my second son, Tom, doesn’t have any of that. He has none of that; and you can either look at that as something incredibly confronting or disturbing or upsetting or you can say, no, no, no, that’s actually just raw humanity.

If you really listen and watch and try to understand, you see a whole other dimension in terms of how human beings interact with one another.

It has made me, I hope, I believe, much more discerning in my interactions with other people.

The achievements that my son demonstrates may be tiny but they are extraordinary, because I know how hard he has worked.

A few years ago I took various psychometric tests and one piece of feedback was, oh my goodness, you’re incredibly altruistic, that’s a little unusual!

In Australia, around 80 per cent of all marriages where there is a child with a disability involved fail and, sadly, I’m one of those 80 per cent, so in a sense I feel like I’m reliving my mother’s life.

It’s hard not to look like you’re being Pollyanna or putting on this brave front. I’m no saint.

There’s an Australian film called The Black Balloon. It’s a very true-to-life rendition of what living with somebody with autism is like. It’s unpredictable, it’s chaotic, it’s traumatic, it’s dramatic. But it’s funny and it’s human and it’s sweet.

Sometimes, if Tom has done something really quite destructive and I’m trying to find a way to explain to him he can’t do that, he will just turn his head to one side and give me a very particular little smile. A lot of people on the spectrum have difficulty looking at someone else’s face, so when I get a moment like that, that gives me great joy.

My elder son has grown into an absolutely fabulous young man. He’s studying law at Australia National University, in Canberra. It’s only a three-hour drive but he went into rooms there. He has to cook and clean for himself. That’s a really good experience for a 19-year-old Australian male!

Three weeks after I married, my mother died, totally unexpectedly. She had a stroke. She was only a year or so older than I am now, and that had – and still has – a profoundly sad impact on me.

There was a period after Tom’s diagnosis where I remember thinking, you know what, I’m never going to give up on him, he’s going to be okay, I must be able to fix it, look at me, I can fix anything! And then the gentle realization over several years that, no, I couldn’t fix it. My role was to make his life the best it possibly could be.

We deadlock ourselves into the house each night in case Tom decides to walk out and we don’t know where he goes. And we lock the fridge; otherwise Tom will just raid the fridge constantly.

I’ve learnt that when you feel angry you actually have to allow yourself to feel angry. I was brought up in a house where displays of anger were, ‘Oh, you don’t do that, that’s quite unseemly, no, you should be calm.’

That was the other thing that came out of my psychometric testing. ‘You really do like understanding how things work, don’t you.’ I do, I do.

I have two paid carers who help me look after Tom and help me run my house.

Sometimes it only takes a little thing like the dishwasher not working and you think, oh my goodness, is this the straw that’s broken the camel’s back, and then you get over yourself and you think, it’s just a dishwasher, it’s a First World problem, there’s a sink and a tap, we will be all right.

When Tom leaves school, in a couple of years, then a whole lot of really sad discussions have to be embarked upon about how to get him ready for the next stage of his life. It weighs on me a great deal. When I’m not here, when his father is not here, what happens then?

My Nirvana would be that I can get Tom to a stage where, as a young man, he could live in a house with other young people who have special needs, but there’s 24-hour care. Those places are really few and far between.

Before I had Tom I was very big on planning – some might say micro-managing – my life.

You learn to grab the really good things as you see them. I love travel. I have a whole list of places that I am working through. Hopefully, next Australian summer I will be on an ice-breaker going down to the Antarctic.

The CR programme has been an extraordinary experience, being part of building that, setting up volunteering programmes and running the pro bono practice. If I were only doing my specialised legal role, I don’t think I would be coping nearly as well or feeling nearly as well as I do now.

One thing I am certain about: there will be no traditional retirement for me. 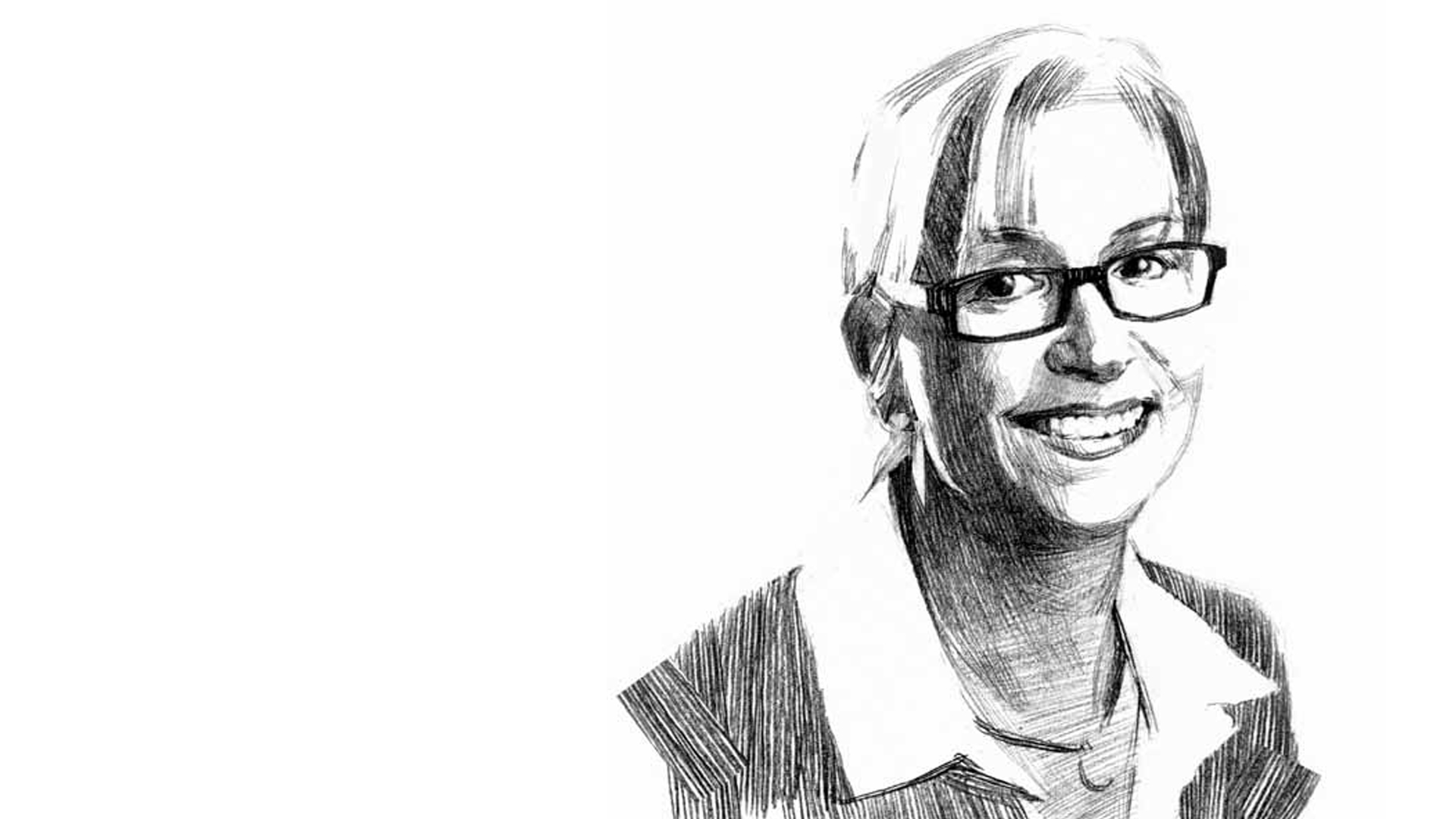