On January 11, 2016, in a case that demonstrates how Ontario courts can treat health and safety offences, Metron Construction supervisor Vadim Kazenelson was found guilty of four counts of criminal negligence causing death and one of criminal negligence causing bodily harm for his role in a scaffolding collapse at a Toronto work site in 2009.1 Justice Ian MacDonnell sentenced Kazenelson to three-and-a-half years in prison. MacDonnell described the sentence as proportionate to the gravity and consequences of Kazenelson’s offences.

On Christmas Eve 2009, six Metron employees, including the site foreman, boarded a swing stage they had been using to scale and repair the balconies of a high-rise apartment building. Arriving later than the others, Kazenelson handed tools to his crew as they rushed to complete the project. The crew was behind schedule, and Metron would receive a $50,000 bonus if the project was completed by the end of the year.

At approximately 4:30 p.m., the stage collapsed from the 13th floor, killing four of the employees and leaving a fifth with serious injuries. A sixth employee was saved, left suspended by a safety harness. All four of the workers who died in the collapse were recent immigrants from eastern Europe. It was the worst construction accident in Toronto in over 50 years, and triggered a review and eventual amendment of the Occupational Health and Safety Act aimed at increasing protections for workers and reducing accidents.

Kazenelson and Metron were both charged with criminal negligence under the Criminal Code. Metron was fined $200,000 after it pleaded guilty in 2012 to one count of criminal negligence, becoming the first company to be convicted in Ontario under the new sections of the Criminal Code relating to workplace health and safety duties. The Ontario Court of Appeal later increased the fine to $750,000, the highest fine for criminal corporate liability at the time. The company’s owner was ordered to pay an additional $112,500 after pleading guilty to four violations of the Occupational Health and Safety Act.

The evidence before the court was that Kazenelson had asked the foreman about the adequacy of the safety harnesses. Although only two harnesses were available, the foreman told Kazenelson not to worry, and no further attention was given to the issue. It was later determined that the swing’s faulty welding was responsible for the collapse.

Kazenelson was found to have shown a “wanton and reckless disregard” for the lives and safety of his crew members when he became aware that protections against falls were not in place and yet allowed his crew to continue working. Justice MacDonnell recognized that it was reasonable for Kazenelson to have delegated the daily inspection of the swing stage and harnesses to his foreman. However, once Kazenelson raised the fact that harnesses were missing, he had an obligation to take reasonable steps to remedy that deficiency. His failure in this regard was found to constitute a marked and substantial departure from what a reasonable supervisor ought to have done.

In delivering the three-and-a-half year sentence, Justice MacDonnell described the sequence of events as Kazenelson recognizing the risk, weighing it against Metron’s interest in continuing the work, and deciding to take the risk. In finding that this decision constituted more than a momentary lapse of judgment, Justice MacDonnell noted his obligation to issue a sentence capable of deterring others from making similar mistakes.

This decision establishes a significant precedent in Ontario, since it is the first delivered under the Criminal Code that imposes a positive legal duty on supervisors to take reasonable steps in protecting their workers’ safety. 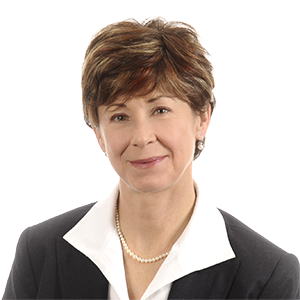