After their success in Europe and more recently in Taiwan, sponsors and international financiers are looking to other emerging markets in Asia to expand their offshore wind footprint. There are a number of key factors and trends that will influence how the offshore wind market will develop in Asia over the next decade.

Beyond offshore wind in Taiwan

Taiwan has enjoyed great success in its offshore wind programme and, until recently, the market was dominated by international sponsors and international lenders able to lend in local currency, together with a limited number of Taiwanese commercial banks. However, Taiwanese government policy mandating greater local content requirements for offshore wind projects, together with the trend towards a lower feed-in tariff (FiT) and difficulties with liquidity in local currency, will increasingly drive developers to seek new opportunities elsewhere in Asia.

Opportunities in Japan, South Korea, Vietnam and India are attracting the greatest interest for new offshore wind projects in the region.

Japan has a target to install a total of 10GW of offshore wind capacity by 2030 and has enacted legislation to take steps to meet this target. In July 2020, the government nominated four offshore wind zones and launched the country’s first offshore wind auction for a floating offshore wind farm off the coast of Goto City.

According to the 2019 World Bank report Going Global: Expanding Offshore Wind to Emerging Markets, Vietnam has the potential for 261GW of fixed and 214GW of floating offshore wind. The Vietnamese government is considering a proposal to extend the FiT regime (which currently offers a tariff of 98cents/kWh to offshore wind projects that achieve commercial operation by November 2021) to December 2023, although it is not clear whether this will be approved and if it does, whether the FiT would be maintained throughout the extended period at the current rate or potentially step down over time.

For example, the UK’s Mainstream Renewable Power, in a joint venture with local player Phu Cuong Group, has submitted an application for a 1GW offshore wind project in Vietnam, adding to the 400MW for which it received its Power Development Plan approval in June 2020 and which is expected to start construction in the third quarter of 2021. Another example is UK-based wind developer Enterprize Energy, which revealed plans to develop a 3.4GW offshore wind farm in Thang Long and received its site survey licence in June 2019.

India also has significant potential. The World Bank’s Going Global report estimates that India has potential for 112GW of fixed and 83GW of floating offshore wind. The World Bank, through its Offshore Wind Development Program, is in discussions with the Ministry of New and Renewable Energy and Solar Energy Corporation of India to develop a demonstration project off the coast of Tamil Nadu in the next two years.

As the offshore wind market matures in Asia and companies and industrials seek opportunities to offset their carbon footprints to meet their environmental commitments and satisfy their investors, we expect to see developers increasingly enter into corporate power-purchase agreements (corporate PPAs) in respect of the electricity from offshore wind farms, building on a trend seen in Europe.

Denmark’s Orsted is leading the way, having already concluded a deal to supply Taiwan’s TSMC with power from its Greater Changhua 2b and 4 offshore wind developments in Taiwan under what is reported to be the world’s largest offshore wind corporate PPA.

Project parties will, however, need to remain mindful of issues such as the creditworthiness of the corporate offtaker, the size of the offtake and the duration of the corporate PPA, which would all be subject to scrutiny from a bankability perspective.

Also, there remain regulatory hurdles in some jurisdictions to entering into corporate PPAs, either due to licensing issues for generation/distribution or restrictions on wheeling where the power purchaser is not directly connected to the source of the renewable energy via a private wire connection, but is instead taking power from the national grid.

In Vietnam in particular, there have been a number of new regulations which are designed to promote the growth of renewable energy projects and enable corporate offtake, but it is a dynamic and fast-evolving market currently in terms of the regulatory framework.

In the future, we also expect increasing demand for virtual PPAs. These are essentially a financial contract between the generator and the corporate offtaker that exchanges variable cash flows derived from the electricity market price and renewable credits for fixed price cash flows. This is particularly likely where the generator’s main offtake is based on variable market pricing rather than a fixed tariff.

Various elements required for offshore wind development, including foundation and substation development, use of installation vessels and subsea cabling, can leverage existing capabilities already well developed by the offshore oil and gas sector in a number of Asian countries.

South Korea already has significant shipbuilding and cabling expertise through the likes of Samsung and Hyundai and may be able to support supply chains in the region by promoting the manufacture of offshore wind installation vessels domestically.

In respect of other countries, such as Vietnam, it may be necessary to see greater investment in the local onshore infrastructure and supply chains to support the growth of the offshore wind industry in order to capitalise fully on the opportunity.

This is particularly relevant for Japan, where fixed foundation offshore wind projects are not suitable given the water depths of a large number of areas identified for offshore wind development.

Floating offshore wind provides an opportunity for traditional oil and gas players, many of which are now diversifying as part of the energy transition.

In the longer term, we anticipate that developers will increasingly pursue green hydrogen production, generated from renewable electricity powered electrolysis, in parallel with the development of offshore wind projects in order to mitigate curtailment risk and facilitate grid balancing, and to further maximise revenue.

We expect that a number of pilot projects will be developed in Japan and/or South Korea before these hydrogen production facilities are scaled up, once a market for hydrogen is developed. Hydrogen demand is already growing in the region, often with political support from governments. An illustration of this is that a number of Japanese companies have formed the Kobe/Kansai Hydrogen Utilization Council with a view to pursuing large-scale utilisation of hydrogen in the 2030s.

Opportunities in the offshore wind sector in Asia will continue to increase and expand to new markets, provided that policymakers follow through on their commitment to reduce carbon emissions and provide and procure, where necessary, the levels of government support and regulatory reform required to facilitate the development and financing of offshore wind farms, particularly in the emerging markets.

We expect developers to continue to harness experience acquired in Europe and, more recently, in Taiwan, to not only develop offshore wind projects in new Asian markets but also expand into new areas as the energy transition continues to drive progress towards net-zero carbon emissions. 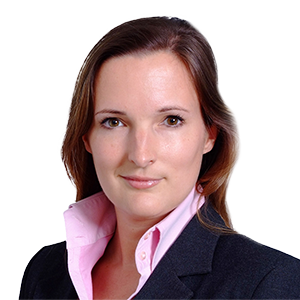 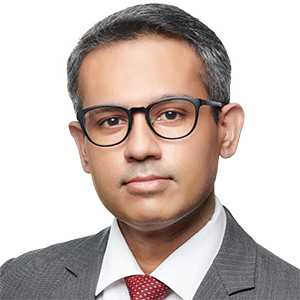