In April 2019 the government announced that it wants to “introduce a generational change to the law that governs private renting”. If proposals published in July 2019 come to fruition, it will certainly do so.

Most private sector residential tenancies in England are assured shorthold tenancies (ASTs). In 2018 the government consulted on replacing ASTs with a three-year fixed term tenancy.

That proposal was superseded by a further consultation proposing an end to “no-fault” evictions. Currently, AST landlords can evict tenants giving two months’ notice once their fixed term contract has come to an end – this is under the fast-track “no-fault” procedure in section 21 of the Housing Act 1988 (HA 1988).  Anecdotal evidence suggests that landlords use the section 21 procedure as a default as it is faster and less cumbersome than regaining possession through the courts under the alternative procedure in section 8 of the HA 1988 for terminating a tenancy on specific grounds, such as non-payment of rent.

In a surprise announcement in July 2019, the government has gone a step further, stating that it has decided to get rid of the AST regime altogether. This would leave landlords with a choice between an assured periodic and an assured fixed term tenancy (possibly with a minimum length for fixed terms) and the ability to regain possession only through the section 8 route.

The government has published a consultation on how best to implement its decision. This seeks views on:

Responses to the consultation must be submitted by October 12, 2019.

One of the main reasons ASTs were originally introduced was to offer greater flexibility to landlords who wanted to let out properties for shorter periods. At first sight, the abolition of ASTs could have a considerable impact on the residential rental sector, given its reliance on the model. However, looking at the detail, if the section 8 procedure for possession is reformed satisfactorily – and in particular if an accelerated possession route without the need for a court hearing is introduced - that impact might be lessened significantly, particularly for institutional investors with larger portfolios who are more focussed on long term income flows than flexibility to regain possession. If that is the case, one consequence of these changes could be to encourage the institutional large scale rental sector at the expense of the smaller scale private rented sector. 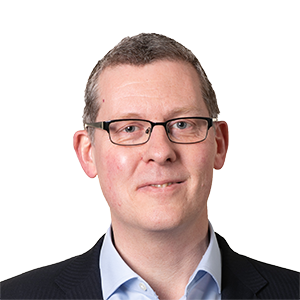 Ip monitor: Amendments to the Patent Rules: Now in force!