The English courts are renowned for the lack of control they seek to exert on a party’s freedom to contract. One exception to this is the rule disallowing those clauses which provide for remedies for breach of contract which are not commercially justifiable. These clauses are known as penalty clauses and they have historically been struck down by the English courts.

The Supreme Court upheld the validity of the disputed penalty clauses in both cases and took the opportunity to clarify and re-cast the “rules” relating to penalties. This recent judgment is the most important pronouncement on the issue for a century and provides a timely opportunity for parties to review and consider potential penalty clauses in their commercial contracts and revise them to reflect the recast rule.

The facts, in brief

El Makdessi related to a share sale and purchase dispute between Mr. Makdessi, as seller, and Cavendish, as the buyer purchasing a controlling interest in a company.

ParkingEye involved a motorist, Mr. Beavis, parking his car in a car park, the terms of which provided for free parking for two hours and then the payment of £85 if the car overstayed the period.

Mr. Beavis overstayed by almost an hour and ParkingEye, the managers of the car park, demanded payment of the £85 charge. Mr. Beavis did not pay, but proceeded to argue that it was an unenforceable penalty.

The Court of Appeal in both cases considered the well-known test for penalties under English law, looking at (i) whether the penalty represented a genuine pre-estimate of the loss; and (ii) whether it was commercially justifiable. There was more focus on the latter part of the test, with much consideration given to whether the provisions in question were commercially justifiable or whether they were “extravagant and unconscionable”. This seemed to indicate that the English courts were looking for ways to move away from the traditional position on penalties in order to uphold, as far as possible, a party’s freedom to contract.

The Supreme Court judgment acknowledges that the penalty rule in England is an “ancient, haphazardly constructed edifice which has not weathered well”. However, their Lordships also recognised that, despite its infringement on the freedom of contract, it is a longstanding rule and covers contracts which are not otherwise regulated in any way. Accordingly, their Lordships did not take the opportunity to abolish the rule, rather they re-cast the legal test as follows:

…The first step is to consider whether any (and if so what) legitimate business interest is served and protected by the clause, and if so secondly, whether the provision made for that interest is extravagant, exorbitant or unconscionable.”

On this basis, the Supreme Court:

The Supreme Court declined to extend the penalty rule to apply to onerous contractual provisions which were applicable in circumstances other than breach of contract. This is contrary to the position under New South Wales law, given the recent approach taken by the High Court of Australia in Andrews v ANZ (2012) 247 CLR 205. The position of the Supreme Court on this issue was rooted firmly in the principle of freedom of contract.

Whilst the precise scope of the penalty rule re-cast by the Supreme Court is not entirely clear, it is a higher test than existed previously, with the English courts now clearly in favour of giving more weight to freedom of contract in commercial cases.

Going forwards, therefore, it will be more difficult to argue successfully that a clause is a penalty. Nevertheless, the rule still exists so care must be taken in drafting contractual terms applicable on breach of contract to make it as hard as possible for the courts to step in and disallow a provision on the basis of the laws on penalties. 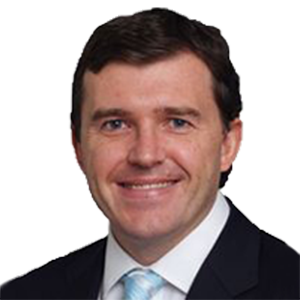