The Government has published a consultation1 on measures to tackle what it identifies as unfair practices in the residential leasehold market. The reforms would apply to England only.

What is the problem?

It is estimated that in 2014/15, there were 1.2 million leasehold houses in the owner-occupied and private rented sectors in England and Wales, with new-build houses increasingly being sold as leasehold, as opposed to the more traditional freehold ownership.

Another recent, no doubt related, trend which has attracted a great deal of media coverage is a significant increase in the cost of ground rents. Traditionally the annual ground rent payable under a long residential lease of a flat or a house has been set at a low nominal amount or even a token “peppercorn” rent. Increasingly, new long leases have higher initial ground rents, short review periods and significant increases on review. The Financial Times recently reported that an analysis by a housebuilder of houses sold between 2007 and 2011 found that many had ground rents that doubled every 10 years for the first five decades, so that an initial ground rent of £295 per year increased to £9,440 per year after 50 years.

Onerous ground rents also have a knock-on effect by, for example, increasing the cost to the leaseholder of exercising their right to buy the freehold of their house or to extend the lease of their flat as the formula to calculate the cost of doing so takes the ground rent into account. They may also make a leasehold property harder to sell or to mortgage.

The concerns of lenders

In June 2017 the Council of Mortgage Lenders (now integrated into a new trade association, UK Finance) published an information document on issues concerning lease terms for new-build properties which may have a particular impact on the value of the property and affordability of the mortgage loan.

The general points made in the document include that:

The main proposals on which the consultation seeks comments are:-

What would be the impact of the proposed reforms?

It has been argued that a limitation on new-build leasehold houses through regulatory reform might affect the supply of new homes and that legislation having the effect of restricting the sale of valuable ground rent income streams would result in increased property prices – which is unhelpful where you have increasing inflation rates and a countrywide shortage of housing. It may be the case that the adverse publicity already generated on this topic, the heightened awareness amongst prospective buyers and the increased caution of lenders will of themselves stifle these practices in the future. However, that is perhaps little comfort for the thousands of homeowners already encumbered with leasehold interests that include onerous terms.

The consultation closes on 19 September 2017 and we will report further once we know its outcome. 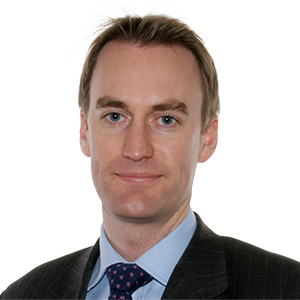