A March 8, 2016, decision out of the influential United States Bankruptcy Court for the Southern District of New York has attracted attention from, and caused concern for, owners of pipelines and other mid-stream assets, and lenders to mid-stream and up-stream lenders, across both Canada and the United States.

Sabine Oil & Gas Corporation recently brought an application under section 365 of the United States Bankruptcy Code in its Chapter 11 proceedings. (Section 365 of the United States Bankruptcy Code allows a debtor to apply for court approval to terminate ongoing agreements in certain circumstances. In Canada, both the Companies’ Creditors Arrangement Act [CCAA] and the Bankruptcy and Insolvency Act [BIA] have counterparts to section 365 of the US Bankruptcy Code.) In its application, Sabine sought court approval allowing Sabine to reject certain gas gathering and handling agreements that it had with Nordheim Eagle Ford Gathering LLC and High Point Infrastructure Partners LLC. Sabine argued that these contracts were too expensive to maintain and rejecting these contracts was necessary to allow it to restructure its operations.

Consistent with her preliminary assessment of the issue during oral argument, Judge Shelley Chapman granted Sabine’s application to reject these agreements, over the objections of the pipeline owners who had argued that the dedication of production under their respective agreements created an interest in real property that therefore ran with the land. As a result, the pipeline owners argued that the agreements at issue were not capable of being rejected under section 365 of the US Bankruptcy Code.

Judge Chapman ruled that the agreements at issue could be rejected under section 365 since the decision to reject the agreements was based on a reasonable exercise of business judgment by the debtor’s management. She further suggested that while she was inclined to find that the specific dedications under the respective agreements also did not run with the land, she was not yet in a proper procedural position to make a final ruling on this issue since it can only be properly and finally adjudicated pursuant to an adversary proceeding under the US bankruptcy rules. As a result, this important legal question remains to be finally determined, in both the United States and Canada.

Moreover, it remains to be seen exactly what the effect would be on an application to reject such agreements if a court concluded that agreements of this nature do create an interest in land, and whether such a finding would mean (as the pipeline companies in the Sabine case argued) that even though such agreements could be rejected under Section 365 of the US Bankruptcy Code, the covenants running with the land would not be expunged.

Some of these issues may come back to Judge Chapman for determination in the future, in which case the application will be sure to attract the interest of all participants in the mid-stream industry. It is important to note that even if Judge Chapman ultimately concludes that the agreements in Sabine did not create covenants running with the land, any decision almost certainly will be limited to the specific facts of the Sabine agreements and the language contained in the subject documents. Therefore, the ruling should not stand for, or be interpreted as, general precedent that other agreements containing different language would not be construed as creating covenants running with the land that inure to the benefit of a mid-stream company.

Considerations for the Canadian market

These issues are equally important for Canadian owners of pipelines and other mid-stream assets in situations where customers with whom they have gas gathering and processing agreements enter a restructuring under either the CCAA or the BIA, and then take steps to terminate such agreements. Whether such gas gathering and processing agreements give rise to an interest in land that would then prevent the termination of such agreements under either the CCAA or the BIA is an open question in Canada just as much as in the United States.

Of course, land titles and real estate legal regimes vary greatly from state to state and province to province, and no doubt the real estate law of each jurisdiction will bear heavily on these questions. But given the importance that is placed on the decisions of the United States Bankruptcy Court for the Southern District of New York in both the United States and Canada, any ruling Judge Chapman makes on this issue may well be influential in the mid-stream industries in both countries. 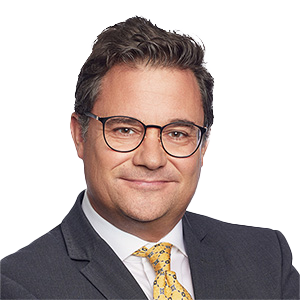 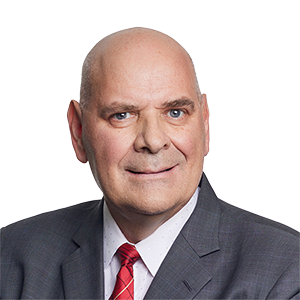