The duty of care is an obligation for companies to prevent social, environmental and governance risks related to their activities. A very recent law published on March 28, 2017 has reinforced such duty of care.

The duty of care concerns French companies employing, at the end of 2 consecutive fiscal years, at least 5,000 employees in France or at least 10,000 employees in the entire world (the headcount should be assessed including the employees of their subsidiaries).
These companies must establish and publish a “duty of care plan” to identify and prevent environmental, human rights, health and safety and corruption risks regarding not only their own activities, but also those of their subsidiaries, subcontractors and suppliers with which a long term commercial relationship exists, in France and abroad. This plan should include the following :

Breach of such requirement, or a failure to implement such plan may result in liability of the company. A claim can be brought before a court, in summary proceedings, after a formal notice which has remained unanswered following a three-month period. The court can also order the company to comply with its obligations, including by levying penalties on a daily basis in the event of non-compliance.

In addition, the civil liability of the company can be triggered, if the breach caused a loss to a third party.

The text was promulgated in response to various scandals, such as the April 2013 disaster in Bangladesh, in which one building - the Rana Plaza - collapsed, resulting in the death of over 1,000 workers. Several events have raised Europe's awareness of the working conditions of subcontractors.

Although the law has been welcomed by public opinion, it remains strongly contested by employers who fear a decline in competitiveness for companies. However, it should be noted that the French Constitutional Court struck down a provision in the Law providing that the courts could order companies not in compliance with the duty of care to pay a civil fine amounting to up to EUR 30 million, resulting in a mitigation of the risk of failure of competitiveness of companies.

This new “duty of care” obligation is consistent with the government’s determination to protect subcontracted workers.

In France, for example, the law guarantees to foreign workers working temporarily on the French territory a minimum protection regarding their working conditions as well as a minimum salary.

In this respect, and amongst other requirements, the project owners have to verify that their foreign contractors or subcontractors have filed the required declaration of secondment and have appointed a representative in France.

Failure to comply with this requirement could lead to an administrative fine of up to EUR 2,000 per seconded employee (capped to EUR 500,000) as well as to the suspension of the service provided by the contractor during a maximum one month’s period. Since August 2016, this obligation of verification has applied to all the members of the chain of subcontractors.

We will revert to you soon to provide additional information regarding this new duty of care. 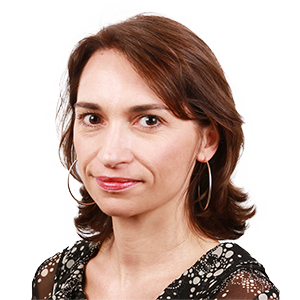