Shire Canada Inc. (Shire) markets an extended release MAS product under the name ADDERALL XR® for use in the treatment of Attention Deficit Hyperactivity Disorder (ADHD). Apotex has sought approval for a generic version of ADDERALL XR®.

The Federal Court dismissed Shire’s application for an order prohibiting the Minister of Health from issuing a Notice of Compliance (NOC) for Apotex’s extended release MAS product, holding that Shire had failed to show that Apotex’s product will infringe Shire’s patent.

Canadian Patent No. 2,348,090 (the 090 Patent) is listed on the patent register in respect of ADDERALL XR®. It describes an approach to treating ADHD whereby multiple pulsed doses of MAS are delivered by means of a single administration comprising a first (immediate) pulse, which is released to the blood without delay at the time the medication is taken, and a second (delayed) pulse, which is released after a predetermined time.  This is intended to mimic the effect of a twice-daily dosing regimen – the treatment standard for ADHD.

Apotex’s product is a capsule filled with tablets, which have a uniform monolithic matrix in which MAS is dispersed. Apotex’s product achieves its extended-release characteristics first by a mechanism of diffusion (while the tablets are in the stomach), and later by a mechanism of diffusion and erosion (once the tablets have entered the intestines).

A number of claims were at issue in the application. Claim 22 covers an oral pharmaceutical composition for delivery of amphetamine salts comprising: (a) an immediate release dosage form; and (b) a second dosage form containing a second dosage amount which has a release onset lag time. The Court construed this to mean that there must be no means to delay the immediate release, and that the onset of the release of the second dosage amount must be delayed for some indeterminate amount of time.

Claim 31 covers an oral pharmaceutical composition for delivery of “dosage amounts” of amphetamine salts, and specifies that such amounts are sufficient to yield a plasma concentration/time curve which is “substantially the same as the curve at Figure 7” to the 090 Patent (Figure 7). The Court found that the use of the plural “dosage amounts” was deliberate and was intended to refer to at least two distinct dosage amounts. In respect of the phrase “curve which is substantially the same”, the Court identified five specific features of the curve at Figure 7 as essential elements of the claim.

Claim 43 covers the pharmaceutical compositions claimed elsewhere in the patent wherein the amphetamine salts include amphetamine aspartate monohydrate. This was construed to cover only the clearly-listed compound, and not bioequivalent or therapeutically equivalent compounds.

Apotex’s product does not infringe the claims in issue

The Court found that Apotex’s product does infringe any of the claims in issue.

With respect to Claim 22, it was dispositive that Apotex’s product comprises only a single dosage form formulated to delay release of the active ingredient. Therefore, it does not include either an “immediate release” dosage form, or a second dosage form which has a release onset lag time.

Claims dependent from or similar to the claims above were also held not to be infringed for the reasons set out above.

The Court also commented on the determination of the “essential elements” of claims. To establish an element as non-essential, the Court stated that the following must be shown: (a) on a purposive construction of the words of the claim, that the element was clearly not intended to be essential and; (b) at the date of publication of the patent, skilled addressees would have appreciated that a particular element could be substituted without affecting the working of the invention.

Contrary to some recent decisions, the Court in this case did not find the blinding of expert witnesses to be determinative with respect to witness credibility.  It agreed with Apotex’s experts (who had been blinded) on some issues and with Shires’ experts (who were not blinded) on others. Although the Court acknowledged that in some situations blinding may be helpful in deciding the weight to be place on an expert’s opinion, blinding is merely persuasive and not a legal principle that must be applied in all cases. Rather, the focus should be on the expert’s opinion. 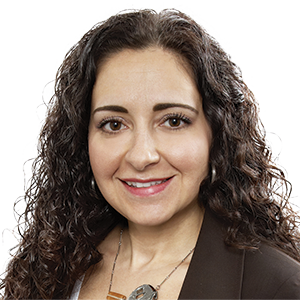