While early estimates vary wildly, the insurance cost of Hurricane Harvey is certain to be in the billions. With that amount of devastation, property insurers should begin preparing now for the second storm that is certain to follow the first: the onslaught of claims and coverage litigation. This article discusses the top 5 disputes that will likely arise in post-Harvey litigation, and why.

1. Coverage challenges: the clear, ambiguous and in between

After hurricanes, what might otherwise have appeared as small coverage issues are magnified by the number of claims for which they are relevant. For example, a dispute over when policyholders are entitled to payment of overhead and profit (typically 20% of repair costs) may not have significant value under normal circumstances, but for storm damage valued in the billions, the issue becomes very significant.1 Similarly, typically smaller issues such as whether and when labor may be depreciated for actual cash value payments suddenly become high stakes litigation. And every storm seems to bring with it new coverage arguments and disputes, such as whether “lifted shingles” reflect covered damage.2 Harvey litigation is certain to follow a similar pattern, with coverage litigation playing an important part in total claims payments.

2. Causation: wind, water or something else?

Harvey quickly strengthened from a tropical storm to a Category 4 Hurricane before sweeping ashore just northeast of Corpus Christi. Though Harvey’s winds lessened as it moved inland, several Texas coastal stations recorded gusts over 100 miles per hour. In addition, Harvey spawned numerous tornadoes across the state, including in the Houston area. But Harvey will not be remembered for its wind. Instead, it will be known for its historic flooding. Whether a 50-year or a 500-year event, the flood waters of Harvey have been catastrophic.

These heavy wind and water conditions are certain to bring disputes over causation. What damage was caused by the wind versus the water versus something else, like a pre-existing condition? These disputes were of course heavily litigated after Hurricanes Katrina and Ike, with many insurers attempting to resolve the issue prospectively through the use of policy amendments like anti-concurrent causation clauses.3 Such clauses attempt to exclude damage where it results from a covered cause acting concurrently or in any sequence with an excluded cause. However, not all insurers have adopted such clauses, and legal challenges will continue against insurers who did. While the Texas Supreme Court has approved the use of such clauses, their application will remain highly contentious in many circumstances.4 Indeed, the case reviewed by Texas’s highest court concerned causation facts that were agreed by both parties, a situation that rarely happens.5

Causation battles will continue with Harvey claims, and insurers should be prepared for policyholders to assert and attempt to prove that certain damage occurred prior to and separate from the floodwaters rising. And issues surrounding the burden of proof in relation to anti-concurrent causation clauses will likely be litigated as well. Given the extent of flood damage resulting from Harvey, proving wind damage will be particularly important for policyholders who did not purchase flood coverage.6

3. Claims adjustments: the good, the bad and the ugly

Whenever there is a catastrophe like a hurricane, insurers are inundated with policyholder claims. While a property insurer may face a few hundred claims a week under normal circumstances, a hurricane results in hundreds of thousands of claims made essentially all at once. Properly adjusting so many claims within a reasonable timeframe in accordance with statutory requirements is a daunting task.

To get it done, insurers must rely on temporary personnel and third party contractors.7 Of course, these same resources are in high demand by multiple insurers. And neither insurers nor claims adjustment companies keep hundreds of adjusters on payroll on the off-chance a hurricane might strike (policyholders would not want to pay the premium increase that would result from such a business model). Hence, hurricanes require insurers and third party providers to staff up in a short period of time, including hiring brand new adjusters.8 And because demand is high, adjusters try to adjust as many claims as possible each day (to not only maximize their own income, but also to reach as many policyholders as possible, all of which want to get their claims adjusted as quickly as possible).

The result of these many competing forces is that not all post-hurricane claims adjustments will be perfect. Damage can be missed, repairs can be mis-priced, and details can get overlooked. Soon, the entire process is painted as “bad faith” adjustments, with plaintiffs’ attorneys demanding treble damages based on the “proper” adjustment their public adjuster performs months later when the sense of urgency has subsided. Defense counsel invariably contest the accuracy of that adjustment, claiming the public adjuster made numerous errors, such as including pre-existing damage that was not storm related. Try as an insurer might to avoid bad faith litigation, the competing forces resulting from a large-scale catastrophic event such as Harvey make it inevitable.

Last session, the Texas legislature passed an insurance reform bill aimed at curbing what it saw as improper tactics by some plaintiffs’ attorneys in seeking to recover fees that were far out of line with the value of the underlying property damage.9 In addition to new pre-suit notice requirements, the law places limits on recoverable attorney’s fees in storm cases and, in circumstances where a pre-suit demand by a policyholder is particularly out of line with the final judgment, bars any fee recovery whatsoever. The new law goes into effect on September 1, 2017.

Hurricane Harvey struck the Texas coast late Friday, August 25th, one week before the new insurance statute became effective. Accordingly, many attorneys have been posting notices online and on social media encouraging policyholders to file a claim with their insurer before September 1st, suggesting those claims may be treated differently.10 This widespread encouragement appears to be a precursor to a legal challenge to the application of the new insurance law to these claims. Indeed, attorneys are recommending written communications over phone calls so the policyholder has written proof of when the claim was made.

While the relevance of the date a policyholder notified an insurer of a claim is unclear, an initial review of the new statute suggests claimants may have a hard time avoiding full application of the new law to all causes of action filed for Harvey storm damage. First, providing notice to an insurer of property damage that may be covered by a policy merely sets into motion the normal claims process. As of the notice date, there has been no breach of contract or bad faith adjustment (meaning no cause of action has accrued and the policyholder lacks standing to file any lawsuit). For policyholders in Houston, where flooding continued days after landfall, it is unlikely that any adjustments will even commence before September 1st. Moreover, the new statute states that it applies to “actions” on claims, including identified actions such as breach of contract and insurance code violations. By the time actions on Harvey insurance claims accrue and are filed, the new statute will be effective. Regardless of the ultimate merits of any argument attempting to avoid application of the new law, insurers should be prepared to litigate the issue given its potential impact on recovery of legal fees.

5. Class actions: is everyone treated the same?

Because insurance companies typically have claims guidelines for adjusters to follow, hurricane litigation often includes class actions challenging various practices that litigants claim were uniformly applied. Insurance companies contend guidelines are just that, and adjusters have discretion to vary from them depending on the particular facts and circumstances. Ultimately, the dispute is centered (for certification purposes) on whether a uniform policy was applied and whether damages can be calculated on a class basis. As anyone who handles class actions knows, the value of claim aggregation can be significant.

Of course, from the perspective of plaintiffs’ attorneys, there is a tension between class and individual litigation. Certified classes may sweep in claimants that are represented by other counsel and potentially settle valuable claims an individual has yet to assert. Because class settlements typically involve class releases, class actions are not appropriate in situations where policyholders have significant, individual claims for damages. However, class actions are used in hurricane litigation in multiple contexts and will likely be filed in connection with Harvey claims.

One type of hurricane class action is the “placeholder class.”  This class is used in an attempt to toll the statute of limitations for underlying class members’ individual claims. Tolling combined with broad allegations of bad faith can potentially extend a hurricane docket past the otherwise applicable limitations periods. Placeholder classes can also leverage broader discovery, particularly on companywide policies and procedures and electronically stored information. These types of class actions can also serve as the “cleanup case,” to be resolved years later when nearly all policyholders with significant individual claims have resolved their cases.

Another type of hurricane class action that typically follows the storm is the coverage (declaratory judgment) class. These cases seek coverage determinations on matters such as anti-concurrent causation clauses, whether a type of repair is cosmetic, whether and when overhead and profit is owed for use of a general contractor, and many other matters. The benefit of the declaratory judgment class is these adjudications may not be subject to the release of policyholders’ underlying claims. Hence, the adjudication will bind the class and, if favorable, policyholders will be able to use the decision to their favor in the pending litigation.

Hurricanes spawn litigation that lasts for years, and Harvey should be no different. The Category 4 hurricane produced more rain than ever seen before in the US from a tropical system. Given the widespread and costly damage it has caused, the second storm of litigation is just a matter of time.

Read the original article at Law360 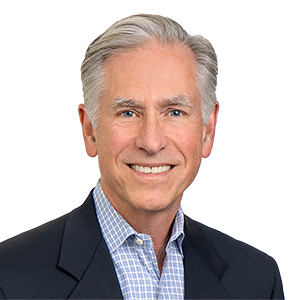 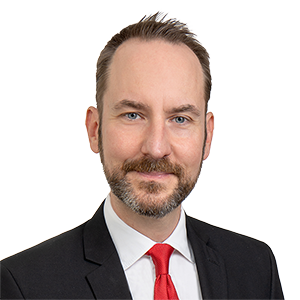