China’s anti-commercial bribery landscape is about to be further tightened up along with the proposed amendments to the Anti-unfair Competition Law.

The Legislative Affairs Office of the State Council (LAOSC) published the draft amendments (Draft Amendments) to the Anti-Unfair Competition Law (AUCL) on February 25, 2016 for public consultation. The AUCL is the major legislation disciplining various forms of unfair competition conduct in China, including commercial bribery, product counterfeiting, abuse of market monopoly power, misleading commercial advertisement and violation of commercial secrets. The current amendments, once approved through China’s legislative procedures, will be the first amendments to the AUCL since it came into effect from December 1, 1993.

‘Commercial bribery’ is better defined under the Draft Amendments

Under the current AUCL, business operators must not ‘resort to bribery, by offering money or property, in order to sell or purchase products’ with two express exceptions including commissions or discounts genuinely recorded in the accounting records of the parties involved in the payment and receipt of the commissions and discounts. The use of ‘bribery’ to define ‘bribery’ is unhelpful and has resulted in ambiguity in the interpretations of what constitutes commercial bribery and uneven enforcement by regulatory authorities – especially by the nationwide local counterparts of the State Administration for Industry and Commerce (SAIC). This has remained the case over the years notwithstanding the various subsequent judicial interpretations and SAIC regulations (please refer to our article entitled Walking a fine line in China.

As mentioned above, bribery act of an employee may be regarded as the conduct of the employer unless the employee has taken bribes in violation of the employer’s interests. This confirms the position, by way of law – sitting at the very top end of China’s legislative hierarchy, that the SAIC provides in its Interim Measures of Prohibiting Commercial Bribery back in 1996.

The AUCL requires commissions and discounts to be accurately reflected in the accounting records of the parties concerned in order to qualify as exceptions to a commercial bribery. The Draft Amendments removed the reference to specific examples but generally provide that failing to accurately record in contracts and accounting records the giving of economic benefits between business operators may constitute a commercial bribery. It re-emphasizes the importance of accurate accounting records for all transactions involving the giving of economic benefits to other parties and also, for the first time, raises the importance of written contracts accurately documenting the transactions.

The Draft Amendments do not give a definition to ‘economic benefits’. However, given the numerous judicial interpretations and SAIC regulations on this particular point, it could capture everything, e.g. cash, property, anything else with monetary value, and beyond.

Those underlined above are all introduced by the Draft Amendments.

The Draft Amendments provide that, in addition to the obligations of providing genuine information or evidence as stipulated in the current AUCL, business operators under the investigation, parties having any interest and other entities/ organisations or individuals should, when enquired by regulatory authorities, also provide cooperation to the regulatory authorities and must not refuse or hinder regulatory investigations.

More noticeably, the Draft Amendments also provide that, in the course of a regulatory investigation, any act of refusing to provide relevant materials or information, or providing falsified materials of information, or concealing, destroying or transferring evidences, or otherwise hindering the regulatory investigation, may receive a regulatory order of rectification and fines ranging from RMB20,000–RMB200,000 (approximately US$3,000–US$30,000).

The Draft Amendments also impose very widely ranging fines of RMB10,000 to RMB1 million (approximately US$1,500–US$150,000) on parties who provide assistance (e.g. production, sales, warehousing, transportation, network service, technical support, advertising, payment and settlement) to illegitimate conduct under the AUCL (including commercial bribery) when they knew or should have known the occurrence of such illegitimate conduct. 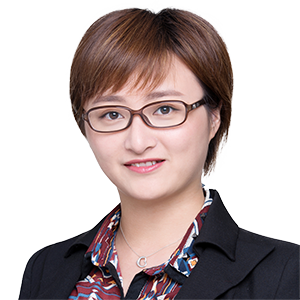