This article was first published in Tax Journal on December 9, 2016.

The draft Finance Bill provisions on the restriction on deductibility of corporate interest expense do not contain any provisions dealing with a public benefit infrastructure exemption (PBIE): the remaining drafting is promised by the end of January. However, the supporting document providing responses to the consultation provides some enlightening detail on a new proposal to introduce a wider exemption than was first contemplated. In particular, it appears that an exemption for rental properties is now contemplated, as well as some limited grandfathering for intragroup debt borrowed by certain types of project finance company.

During the consultation process, this emerged as an important feature of the regime as infrastructure projects tend to be long-term, highly-leveraged and finelytuned financially. This means that projects that have been subject to project financing (such as PFI and PPP projects) are particularly susceptible to the impact of the interest deductibility rules.

Although the draft Finance Bill provisions setting out the detail of the PBIE will not be published until January 2017, the consultation response document contains further detail of an elective PBIE that would broadly apply as follows:

There is also a limited grandfathering for companies that have expected income returns that are materially fixed for ten years or more, where those companies operate projects that were procured by public bodies and where the loan finance in question was agreed before 12 May 2016. Where a loan is grandfathered, interest would not be subject to the restriction on deductibility even if paid to connected parties.

The big surprise is the inclusion of rental properties as ‘public benefit services’. There was no secret that property finance transactions were vulnerable to the interest deductibility regime, being long-term and highly-leveraged in the same way as many infrastructure transactions. However, it is something of a stretch to say that the provision of rental properties to third parties was contemplated by the exemption as set out in the relevant BEPS action plan. The exemption from the interest deductibility cap for real estate will only apply to third party debt taken at the level of the property owning company, and appears to involve restrictions on the type of security which the lender may take. This may present challenges within the real estate finance market, with banks being put under pressure to reduce their security packages to facilitate the borrower’s interest deductibility position.

Other types of project that are not typically subject to public procurement per se, such as renewable energy transactions like wind farms should also benefit from the exemption, at least in relation to third party debt.

There is also good news for public projects with existing shareholder debt (such as PPP projects) as it had not been clear to date that there would be grandfathering of such debt. There is no indication from the responses to consultation that there will be any narrowing of the broadly drawn ‘related party’ lender concept; it seems fair to assume that shareholder debt which is not grandfathered will be outside the exemption. 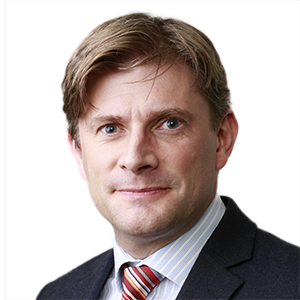