While the technologies and the regulatory framework within which distributed ledgers and Blockchain operates are still evolving, many companies and organisations are actively developing use cases and potential applications to automate a wide range of activities, see Practice note, Blockchain Toolkit and Video, Blockchain: an introduction to some of the key legal issues. This note considers some of Blockchain’s potential uses within the life sciences and healthcare sectors.

Given the complexity of modern healthcare systems, it is perhaps unsurprising that the potential applications of Blockchain technology which, to date, have been best publicised in the financial services sector, are only now becoming apparent in the life sciences and healthcare sectors. What is clear is that the use of distributed ledgers and Blockchains have the potential to significantly increase security and transparency, empower patients with greater control over their medical care and, at the same time, help contain or even lower costs.

The UK government is already alive to the potential for Blockchain technology. In January 2016, the government Office for Science published a report on the technology. This highlighted the NHS as a potential beneficiary of the Blockchain, particularly by improving and authenticating the delivery of services and by sharing records securely according to exact rules. The private sector is also embracing Blockchain. For example, several pharmaceutical manufacturers and distributors (including Pfizer, Genentech and AmerisourceBergen) are partners in the MediLedger Project, announced in September 2017, which aims to use Blockchain technology to help demonstrate compliance with drug supply chain regulations such as the US Drug Supply Chain Security Act. Philips launched the Philips Blockchain Lab in September 2018 and has partnered with Blockchain recordkeeping start-up Tierion on an unspecified project to examine how Blockchain technology could be used in the healthcare sector.

As the Office for Science report suggests, medical records could be operated on a decentralised Blockchain rather than held in a central database. There could be a reduced risk of unauthorised access as the Blockchain would contain protocols governing how patient records could be accessed and by whom. For example, a receptionist in a GP surgery might only hold the key to access limited information about a patient, such as their name and address, while a doctor would have a full key enabling access to all medical information.

Medical records could also give patients full access to their patient data. Patients could specify preferences about what treatment they should receive in different circumstances or request that certain family members be permitted to make medical decisions in the event of an emergency. Similarly, it would enable patients to record and update their organ transplant preferences while giving medical practitioners instant access to these preferences, which would help to avoid the loss of organs due to the transplant window being missed. Various projects are underway which are aimed at unlocking some of these potential use cases. For example, in the UK, the technology company Medicalchain announced in 2018 a partnership with the Groves Medical Group, a healthcare services provider based in London, to pilot a Blockchain platform aimed at (among other things) providing patients with improved access to their medical records. The Innovative Medicines Initiative, a public-private partnership between the EU and the European pharmaceuticals industry, is currently developing the Blockchain Enabled Healthcare program which it describes as a substantial Blockchain project, extending from the pharma supply chain and clinical trials through to health data.

This is not as far-fetched a concept as some might think. In Estonia, a data security start-up, Guardtime, has announced a partnership with the Estonian eHealth Foundation which will see it deploy a Blockchain-based system to secure over one million patient healthcare records. The project will integrate Guardtime’s keyless signature infrastructure Blockchain into the Estonian eHealth Foundation’s database to provide real-time access to patient records. Similarly, IBM Watson Health announced in 2017 that it had signed a research initiative with the US Food and Drug Administration aimed at defining a secure, efficient and scalable exchange of health data using Blockchain technology.

Proof-of-existence platforms are being developed to provide innovators with a tamper-proof way of storing encrypted information, enabling companies to verify the date on which they created intellectual property, such as patents. The time-stamped documents can then be used as incontrovertible evidence that an inventive step occurred at a particular time and before anyone else. Courts around the world will, however, need to be persuaded about the security and veracity of these time-stamping systems before they establish the necessary legal precedents.

Blockchain, coupled with other technological advances including wearable tech and data analytics, will enable pharmaceutical companies to collect securely ever more detailed medical information about patients in real time. For example, a patient could record their health data on a continuous basis by the day, hour or even minute by uploading their data to a Blockchain. The health data uploaded to the Blockchain could then be analysed to identify patterns signifying potential conditions that a patient may suffer, or be at risk, from in the future.

The integrity of the supply chain is of paramount importance to any pharmaceutical manufacturer. The Blockchain could be used to assign each batch of drugs with a unique electronic serial number, with each batch being tracked as it moves through a series of transactions and through the various stages of the supply chain. For example, from factory to central warehouse, local warehouse, pharmacy and finally to the patient. Intermediaries through the supply chain will then be able to validate the receipt of drugs and provide updates. For example, the date received, the number of days in storage and the date shipped. A transcript of a drug’s movement through the supply chain could then be provided to regulators, suppliers and end-users as evidence of compliance with applicable regulations.

By tracking movements in realtime it will be much harder for counterfeit drugs to enter the supply chain. This may be particularly beneficial in developing countries where it is estimated that over 30% of drugs are counterfeits. It may also facilitate prompt product recalls if defects are subsequently discovered.

Many of the potential use cases of Blockchain in the life sciences and healthcare sectors relate to the recording, tracking and management of medical data. As a result, special attention must be given to how proposed applications for Blockchain will comply with data protection laws, including healthcare-specific requirements.

However, applying some of the requirements of data protection laws to Blockchain-based applications can be challenging because of the inherent features of Blockchain (see What is a Blockchain?). For example, as the technology currently stands, entries on a Blockchain are immutable. Therefore, information stored on a Blockchain cannot be subsequently amended or deleted. This will be problematic where the Blockchain operates in EU jurisdictions where the General Data Protection Regulation (679/2016/EU), which came into effect across the EU in May 2018, gives individuals the rights to be forgotten, erase data and correct data (see Practice note, Data protection and life sciences: impact of EU General Data Protection Regulation).

Another challenge is how to comply with the obligation to hold personal data no longer than is necessary when the Blockchain acts as an immutable record. Some organisations may try to deal with this issue by storing the personal data off ledger where the data can be deleted as required, rather than holding the data on the ledger.

Again, an off-ledger solution that allows encryption to be updated may help to ensure that information stored on a Blockchain remains secure over time. However, while storing data off ledger may assist with these technical issues, it may not be appropriate for all applications and use cases.

From the outset, organisations will need to give careful consideration to compliance with data protection laws, given that in the life sciences and healthcare sectors, this will involve the collection of sensitive medical data. It remains to be seen how regulators will respond to the challenge of reconciling some of the inherent features of Blockchain with existing data protection laws. While technological solutions may help to address some of these challenges, it remains likely that regulators will need to address the unique challenges presented by Blockchain technology.

What is a Blockchain?

In its simplest form, a Blockchain is a ledger or database of the assets held and transactions entered into by members of the same Blockchain network. The information can then be shared or distributed among those members. Blockchains have three key characteristics: 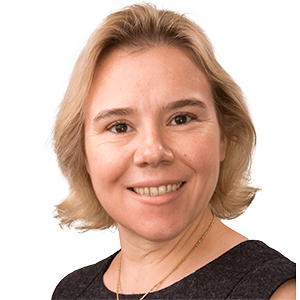 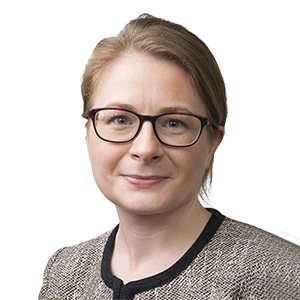