OK
Manage cookies
In this edition we look at the Building Safety Act 2022; real estate tax changes and the Autumn Statement; the proposed new Building Safety Levy; and what’s next for the environmental legislative regime.

The Building Safety Act 2022: recent developments and what not to miss in 2023

The Building Safety Act 2022 (BSA) ushers in the biggest swathe of regulatory changes to the UK built environment in almost 40 years, since the Building Act 1984 hit the statute books. Although the BSA was granted Royal Assent at the end of April 2022, the vast majority of its provisions are coming into force piecemeal, as secondary legislation is developed.

The BSA imposes legal responsibilities on those who commission building work, participate in the design and construction process and those who are responsible for managing structural and fire safety in “higher-risk” buildings when they are occupied. June 2022 saw the launch of a consultation on the proposed Higher-Risk Buildings (Descriptions and Supplementary Provisions) Regulations. This was swiftly followed in July 2022 by a consultation on the implementation of a new building control regime for higher-risk buildings and, more generally, changes to the building regulations for all buildings.

On September 1, 2022 sections 126-129 of the BSA came into force. These allow the Government to introduce building industry scheme(s) that require members to remedy defective buildings and/or contribute to the cost of doing so. They also enable the Government to impose prohibitions on those in the industry if it considers it necessary to do so, including those who are eligible to be members of a building industry scheme but choose not to sign up.

Looking ahead, further elements of the BSA framework are due to be implemented before the end of April 2023, including the establishment of a Resident Panel, so that the Building Safety Regulator hears residents’ safety concerns and consults them on proposals, and Regulatory Reform (Fire Safety) Order 2005 reforms.

Numerous further changes are expected to come into force by the end of October 2023. These include the mandatory registration of building inspectors, building control approvers and occupied high-risk residential buildings, new duties for the “Accountable Person” and new requirements for construction products.

These are just the tip of the iceberg. For further information and contact details please see our briefing: The Building Safety Act 2022: Developments over the summer and what not to miss in 2023 | Global law firm | Norton Rose Fulbright

Following the September “fiscal event”, the SDLT nil rate band for residential purchases was doubled from £125,000 to £250,000 (with effect from September 23, 2022). Additionally, the nil rate band for first time buyers was extended from £300,000 to £425,000 and the maximum property price for which first time buyers' relief can be claimed rose from £500,000 to £625,000. In the Autumn Statement, the Chancellor announced that these changes will now remain in place until March 31, 2025 as a temporary support measure for the housing market.

In February 2022, HMRC closed its consultation on reforms to the way in which SDLT applies to mixed property transactions (that is, those which involve both residential and non-residential property) and also on the introduction of restrictions on the availability of multiple dwellings relief. The Government has not yet indicated the outcome of that consultation, so more changes to the SDLT regime could be on the way.

In September 2022, the Government announced a programme of ‘investment zones’ offering comprehensive tax and regulatory incentives for businesses to establish themselves in the designated zones. The Government now intends to ‘refocus’ the programme by centring investment zones on university-led ‘clusters’.

2022 has already been a taxing year for residential property developers with the Residential Property Developer Tax (RPDT) coming into force on April 1, 2022. The RPDT was introduced as part of a package to fund the cost of remediating cladding issues and is expected to run for a 10-year period. The RPDT regime applies to the development of land or property held as trading stock by a developer or a related entity: within UK residential development activities, annual trading profits in excess of £25 million per group are subject to a 4% RPDT charge.

The Government is now progressing its plans for another new charge on developers of residential buildings in England: the Building Safety Levy (BSL). Like the RPDT, the BSL is designed to raise revenue for the replacement of defective cladding, in addition to remediating any other historical building safety defects.

The BSL will apply to all new residential buildings in England requiring building control approval, regardless of their height. It will be paid by the “Client” – the organisation for whom a construction project is carried out.

The Government published a consultation on November 22, 2022 seeking views on technical details and the implementation of the BSL. The key issues on which views are sought are:

The Minister for Local Government and Building Safety stated: “We have been clear that developers must pay to fix building safety issues and the Levy is an important part of making that a reality”.

The consultation closes on February 7, 2023.

What next for the environmental legislative regime?

On September 22, 2022 the Government introduced a landmark piece of draft legislation - the Retained EU Law (Revocation and Reform) Bill (the Bill). If enacted the Bill will automatically revoke retained EU law, whilst granting the Government new powers to restate or replace such laws into domestic legislation.

Given that the environmental regime in the UK is largely founded on EU-derived legislation, what is the likely impact of the Bill in this context?

Post-Brexit, EU law was provisionally retained through the EU Withdrawal Act 2018 (as amended) (the EUWA) to ensure legal certainty and continuity in the UK.

The EUWA identified categories of EU law that would be retained, including EU regulations, parliamentary legislation to implement EU obligations, and European Courts of Justice case law (REUL). However, it was never intended that REUL would remain part of the UK’s legislative landscape indefinitely and the Bill now seeks to remove it from the statute books.

Under the Bill, all existing REUL will cease to have effect on December 31, 2023 (the “sunset date”). This means that the Government and devolved administrations would proactively have to decide whether to restate, revoke, replace or update all REUL by that date. Where no action is taken, the REUL will simply cease to have effect. There are estimated to be nearly 2,500 separate pieces of REUL that would need to be reviewed by the relevant governmental departments by the end of 2023. There is, however, the ability to extend that date to no later than June 23, 2026. The Bill also contains provisions to guide the development of domestic legislation and case law going forward.

More generally the Bill, if enacted, would have significant impacts on the UK’s legal system and on the environmental protections currently secured under it. However, the Government is coming under increasing pressure to scrap the Bill, both in light of the seismic impact it could have on the UK’s regulatory protections but also the practical challenges to implement its provisions within the anticipated timescales.

For further information and contact details please see our briefing: What next for the environmental legislative regime under The Retained EU Law (Revocation and Reform) Bill 2022? | Global law firm | Norton Rose Fulbright 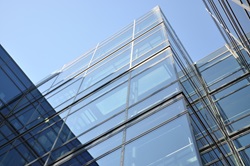