Market participants are starting to prepare, distribute or receive documentation in connection with their (or their counterparties’) regulatory margin requirements.

The purpose of this briefing is to give a short overview of the regulatory requirements giving rise to this documentation, and to look at the various ways in which the next phase of documentation for variation margin can be implemented. Documentation for initial margin is covered in a separate briefing.

Why do I need to exchange margin?

One of the key pillars of the G20’s OTC derivative reform programme is the requirement to exchange margin for non-centrally cleared derivatives. The Basel Committee on Banking Supervision (BCBS) and International Organisation of Securities Commissions (IOSCO) were tasked with publishing a policy framework recommending minimum standards for margin requirements to ensure a globally consistent approach.

Why are there two types of margin?

Two types of margin were recommended by BCBS/IOSCO: variation margin, for ongoing mark-to-market movements; and initial margin, for potential future exposure. The differences between the two are discussed later in this briefing, but the key difference is that initial margin needs to be segregated and ring-fenced from the insolvency of the margin receiver, and so cannot be provided on a title transfer basis.

When do I need to put the margin documentation in place?

The key deadline that people are currently working towards for variation margin is March 2017.

BCBS and IOSCO recommended that implementation of the margin requirements should be phased in from September 2016. The first phase focused on derivatives between the largest of derivatives users (“Phase One” institutions, being covered entities who have an aggregate month-end average notional amount of non-centrally cleared derivatives of more than €3 trillion).

The second phase, which applies to all other derivatives users (subject to certain exemptions), is scheduled to start in March 2017.

Some jurisdictions have finalised their rules implementing the margin guidelines, so “Phase One” institutions have already put in place documentation to comply with those rules amongst themselves. Industry participants are now starting to prepare the documentation for their derivatives with other trading counterparties.

Other jurisdictions have not finalised their rules implementing the margin guidelines, but nonetheless have a deadline of March 2017 to be compliant with the rules, once published. Institutions are therefore preparing documentation now so that they can comply by March 2017.

Some jurisdictions are not expected to have rules in place by March 2017, in which case institutions that are not subject to any other regulatory regime may not be looking to put documentation in place yet.

The table below summarises the current position in a number of jurisdictions.

I am not subject to the regulatory requirements – why do I need to put the documentation in place?

So if you are not subject to the rules but your counterparty is, your counterparty will not be able to enter into new trades with you after the relevant deadline unless you have put in place appropriate documentation.

What are the margin requirements?

Because the BCBS/IOSCO framework is a set of guidelines that needs to be implemented separately in each G20 jurisdiction, the precise rules will differ on a jurisdiction-by-jurisdiction basis.

However, the general principles are that two types of margin (variation margin and initial margin) should be exchanged, and that initial margin should be exchanged in a way that is protected from the insolvency risk of the person receiving it (meaning that initial margin needs to be segregated and cannot be reused). The BCBS/IOSCO framework also sets out detailed recommendations on the frequency of margin calls, what is acceptable as eligible margin, and acceptable thresholds or minimum transfer amounts.

Variation margin and initial margin have a number of similarities, but due to their different purposes they also diverge on some key points.

The following comparison table identifies some of the similarities and differences between variation margin and initial margin. Again, the precise details will depend on the local implementing regulations.

How do I know which rules might apply to my counterparty?

The margin requirements applicable to derivatives between two parties will depend on the jurisdiction of each party (or their group) and the regulatory regime(s) applicable to them.

ISDA has published the ISDA Regulatory Self-Disclosure Letter which is intended to assist market participants with the exchange of necessary information to determine if, and when, their trading relationship will become subject to regulatory margin requirements. The latest version (published on 30 June 2016) covers Canada, the European Union, Japan, Switzerland and the United States of America.

Institutions may also use more bespoke documentation or correspondence to help identify the appropriate margin requirements.

What is the ISDA VM Protocol?

Protocols were developed by ISDA to enable market participants to put in place documentation on a standardised basis with multiple counterparties, reducing the need for bilateral negotiations.

Because of the variety of regulatory regimes that may apply to two parties (each of which may have different margin requirements), and the range of different ways in which industry participants may wish to adopt the margin requirements, the VM Protocol allows the parties to make further elections on a bilateral basis by exchanging a Questionnaire.

Do I have to use the VM Protocol?

No. The VM Protocol is not the only way to put in place (or amend) credit support documentation to comply with regulatory margin requirements. Parties can agree documentation bilaterally.

I already have a CSA with my counterparties. Do I have to put in place a new CSA?

There are three main ways that you could put in place a regulatory-compliant CSA:

Which method should I use?

Other industry participants consider that the disadvantage of the Amend method is that it applies the regulatory margin requirements to transactions that do not need to be margined. As such, there may be a commercial or pricing implication of imposing new terms on existing transactions.

Why can I not just use my existing CSA?

While you may already have an arrangement in place for the exchange of margin, it is unlikely that the existing document is compliant with the new regulatory requirements. For example, the new requirements specify which collateral is eligible, which haircuts are required, which thresholds and minimum transfer amounts are acceptable and how frequently valuation and margin calls are required, all of which may be different to the terms that you have in place already.

Which approach is better for me – the VM Protocol or bilateral documentation?

Institutions that have a significant volume of trading relationships that will require regulatory margin may find that the VM Protocol makes it easier to put in place the same (or similar) arrangements with multiple counterparties.

Institutions that have existing Credit Support Annexes that they wish to continue to use (and adapt) for the regulatory margin requirements will need to consider whether the amendments in the VM Protocol will work for those existing documents. If the existing documents contain bespoke provisions that are inconsistent with the VM Protocol, they may wish to consider using a bilateral agreement.

Institutions may also consider using bilateral documentation if they consider the VM Protocol to be too complex for their credit support documentation requirements or if it does not address their regional or domestic requirements.

What if I do not have a trading agreement (such as an ISDA Master Agreement) in place?

The VM Protocol has an option which (in addition to putting in place a new CSA) will result in a new ISDA Master Agreement between the two parties.

If using bilateral documentation, then if you do not have an ISDA Master Agreement in place you will be expected to put one in place at the same time as the new CSA.

What is the structure of the VM Protocol?

The VM Protocol consists of a number of parts:

What do I need to complete in the Questionnaire?

The Questionnaire contains a number of elections that need to be made. Only if certain elections are “matched” will the margin documentation in the VM Protocol take effect.

For example, you will need to:

What should I do next?

If the regulatory margin requirements are applicable to you, you should consider how you wish to proceed. This includes:

Who should I speak to if I have any questions?

The Derivatives and Structured Finance team at Norton Rose Fulbright has significant experience in all of the issues associated with the regulatory margin requirements, and can assist in your preparation of, response to or understanding of the documentation for both variation margin and initial margin.

If you have any questions, please get in touch with your usual Norton Rose Fulbright contact or with any of the people listed below. 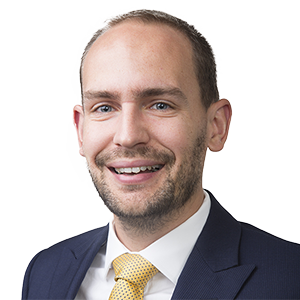