One of the worst things that can happen to a mortgage lender is if it advances a loan and then realizes it doesn’t have the security that it thought it had.  A recent decision from the BC Court of Appeal indicates that there is an inherent risk in many mortgage transactions in British Columbia that would make a lender’s mortgage unenforceable, at least for a period after closing, even if the mortgage is validly signed and fully registered.

Consider a typical refinancing scenario – The Borrower grants a first mortgage to secure a loan from New Bank, to be used for paying out a prior mortgage in favour of Old Bank.  On the closing date, New Bank advances funds to its notary public, who, after registering a mortgage in favour of New Bank, forwards those funds to the Borrower’s notary public, who accepts the funds on her undertaking to pay out Old Bank and obtain a discharge of Old Bank’s mortgage.  The Borrower’s notary then absconds with the funds without paying out Old Bank.  That is essentially the factual context the Court was asked to consider in   Lin v. CIBC Mortgage 2015 BCCA 518.

What the Court ruled:

The Court held that there was a condition attached to New Bank’s funds – that New Bank be granted a first mortgage of the Borrower’s property.  Since that condition was never satisfied, the Borrower never got the benefit of the funds; i.e. the funds never became the Borrower’s own funds.  This was the case even though the funds were advanced to the Borrower’s notary and there was no dispute that the notary was acting as an agent of the Borrower.  Since no valid consideration was received by the Borrower in return for granting the mortgage, New Bank did not have any right to the mortgage and thus its mortgage (even though fully registered) was not valid.  In short, the Court’s decision means that the funds remained New Bank’s property when they were stolen, and that not only did New Bank not have a first ranking mortgage, it did not have a mortgage at all.

Wait…what is an “undertaking” again?

Every refinancing and pay-out scenario poses a chicken-and-egg conundrum – The existing lender will not discharge its mortgage until it receives the pay-out funds; the new lender will not advance funds unless it obtains a valid mortgage.  This can be resolved by having all parties meet in person, with the funds, a signed mortgage and a signed discharge tabled and exchanged at the same time, but that is not practical.  Instead, regulated professionals (i.e. lawyers and notaries) close transactions using undertakings.  Undertakings are personal promises made by one legal professional to another, and the person making the undertakings will be personally liable for their breach.  For lawyers and notaries, the breach of an undertaking has serious professional consequences.

What the ruling means:

It is ironic that, as a result of New Bank making it a condition for the advance of its loan that it have a first mortgage, New Bank was denied the very protection that the condition was intended to provide, through no fault of New Bank.  This ruling means that, in the interim period between New Bank advancing funds and Old Bank discharging its prior mortgage, New Bank did not have a valid mortgage.  When a theft like one in the present case occurs, the new lender almost certainly has a claim against the rogue notary / agent, and it might also have a claim against the otherwise innocent borrower (for being the principal of the rogue agent), but now the law in BC is that it does not have rights against the mortgaged property because its mortgage is invalid.  The inherent risk to the lender is that, for a loan supposedly secured by a mortgage, there is a period of time that the lender’s recourse is an unsecured claim against some individuals and not the property.

But the ruling doesn’t mean…

There were some comments made in the media after the decision was released, which might benefit from some clarification:

It is too early to say whether undertakings will fall by the wayside in lending practice, and it remains to be seen how commercial lenders react to this decision.  However, we note that this case highlights that it is very difficult to eliminate the risk created by dishonest individuals and even more difficult for the courts to adjudicate between two innocent parties. 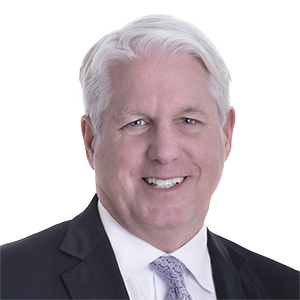