The system for transferring portfolios of business without policyholder consent is efficient and effective in Singapore, but complying with the detailed letter of the law is critical for success

Transferring insurance business from one entity to another in Singapore is a clear and efficient process, but carriers wishing to do so need to be aware of potential pitfalls.

The Insurance Act, Chapter 142, of Singapore provides a statutory court-sanctioned mechanism by which an insurance company (or reinsurer) can transfer all or part of its insurance business to another insurer without obtaining policyholder consent.

Policyholder protection is paramount, but the process relies on regulator consent and sanction by the High Court of the Republic of Singapore to streamline the transfer and deal with the, possibly, large numbers of policyholders.

Recent examples of insurance business transfers in Singapore have demonstrated the strengths and efficiency of the process, showcasing Singapore to insurance companies as a jurisdiction in which transfers of portfolios from one insurer to another, or from a branch to a licensed subsidiary, can be completed in a timely and effective way.

To ensure the success of the transfer and timely completion, it is vital that the transferor and transferee parties collaborate and engage in the process early. The process includes:

The transferee must be licensed or have applied to the regulator to become licensed. When transferring an insurance business from a branch to a new subsidiary (known as ‘domestication’) some companies choose to incorporate the new Singapore subsidiary company and apply for an insurance (or reinsurance if relevant) licence for that subsidiary from the regulator, in parallel with the application for approval of the proposed business transfer.

Recent examples of portfolio transfers in Singapore include both transfers between third parties and intra-group transfers, where the branch of a licensed international insurer transfers business to a new subsidiary of the insurer in Singapore. In both cases, the transferor and transferee will normally enter into a framework agreement or business transfer agreement to govern the commercial arrangements between the parties and to set out a detailed step plan and timetable from signing of the transfer agreement to the effective date of the scheme.

The parties will also conduct due diligence to establish the policies that are to transfer, the policy owners of the transferring policies, and other assets and liabilities of the business to be transferred or retained. Reinsurance contracts, distribution agreements, service contacts, the assets supporting the liabilities of the business, tax assets, customer and business records and physical assets such as premises, office equipment, and employees are examples of assets that are typically included in the transfer. The due diligence also needs to identify contracts that are not governed by Singapore law and so may fall outside the jurisdiction of the court; the transfer of these needs to be separately considered.

The regulator in Singapore, the Monetary Authority of Singapore (MAS), is key to the success, or otherwise, of the scheme. The parties cannot apply to the court without the MAS’s consent to the proposed scheme and the court, in turn, relies heavily on the MAS to have properly reviewed and approved the scheme, and the communications, to policyholders and other parties. Therefore, it is prudent for the parties to discuss the proposed scheme at an early stage and to understand any concerns the MAS may have and how these could be addressed.

It is also market practice for the MAS to review and comment on all the draft documents, both the scheme documents and policyholder communications and, therefore, the parties must actively engage with the MAS throughout the process.

The lawyers will advise as to the required process and the timetable to complete each step. They will also prepare the initial framework agreement, the scheme documents and the policyholder communications (as while there is not a prescribed form of the latter, a market standard form has developed). The lawyers will also look at whether, and how, contracts can be transferred, either as part of the scheme, or otherwise, and ensure the transfer complies with data privacy and other relevant regulations.

Once the documents have been drafted, and dialogue with the MAS established, the parties will prepare to apply to the court. At this stage, the transaction lawyers will work closely with an advocate and solicitor of the Singapore Supreme Court, who will finalise the court documents and represent the parties at the court hearing. Normally, parties apply jointly for an ex parte order, i.e. they apply together and counsel in such cases will be able to represent both the transferor and the transferee. However, the parties may be separately represented.

The MAS can require the parties to instruct an independent actuary (approved by the MAS) to prepare a report in relation to the scheme and, more particularly, the rights and benefits of policyholders before and after the transfer and whether such policyholders (as a group) would be adversely affected by the scheme. While this is only required if requested by the MAS in practice, many parties choose to instruct such a report in any event, regardless of whether the MAS has formally required it. The independent actuary report can strengthen the parties’ ability to respond to any policyholder or counterparty concerns.

The process for a scheme of transfer under the Act specifically avoids any requirement for individual policyholder consent. However, the quid pro quo for this is that policyholders must be protected by the parties complying precisely with all requirements of the Act to communicate to policyholders.

Following MAS consent, the parties must notify all policyholders and provide each of them with copies of the scheme and independent actuary report (if one has been instructed) or summaries of the same.

Any person who is likely to be affected by the scheme may make an application to the court with respect to any matter connected with the scheme. However, it is important to note that the objections of one policyholder are not (in themselves) enough to prevent the court sanctioning the scheme, but rather the issue behind the objection would have to have sufficiently broad implications for the court to refuse the scheme as a whole. In the most part, issues behind any complaints have already been considered and resolved or dismissed by the MAS (as part of its approval process).

The parties are required by the Act to publish a notice of intention regarding the scheme in the Singapore Gazette, as well as two approved newspapers (normally one English language and one Mandarin).

The parties only apply to the court once the MAS has approved the scheme and once they have complied with their obligations under the Act to communicate to policyholders and advertise the scheme. The parties present the scheme to the court, together with the independent actuary report (if applicable), and affidavits of the parties detailing the steps taken to comply with the Act, details of any policyholder or other objections and the actions the parties have taken in relation to these objections.

The order of the court approving the scheme confirms the effective date of the scheme, being the date on which the transfer will take place. Normally, the time from commencing due diligence and the framework negotiations to the effective date is around 12 months. However, much of this time is taken up with preparatory work and, therefore, this varies greatly depending on the commitment of the parties to the process and the timetable.

For international insurers who wish to domesticate a branch, or insurers who want to exit a line of business or expand by merging businesses, the Singapore portfolio transfer process can offer an effective way to do so. But success will be dependent on the level of organisation by the parties involved. They need to ensure that there is a clear step-by-step plan and the correct parties have been engaged to assist with each of the steps.

Anna Tipping is a partner and Serena Gingell is a senior associate, in the Singapore office of Norton Rose Fulbright 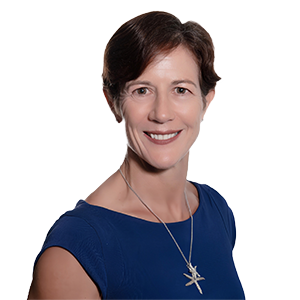