Following its call for views on AI and the IP framework in early 2021, the UK Government has released another consultation on AI and IP rights. Led by the IPO, the consultation is available here, and is open until 7 January 2022.

This consultation is more focused than the call for views. It asks for preferred positions on a small number of scenarios regarding the future treatment of three specific areas:

The reference to such specific scenarios suggests that AI legislative reform may finally be on the horizon.

While some of the scenarios included in the consultation contemplate solutions that have already been adopted (or at least committed to) by other countries such as Singapore (which you can read about in our blog post, New Singapore copyright exception will propel AI revolution), others are entirely novel. The fact that each proposed solution carries some degree of weight shows just how vexed the various considerations are, and so it worth exploring in this blog post how certain rights may be impacted by whichever route the UK Government takes.

Copyright protection for computer-generated works without a human author

In addition to protecting works created by humans with the assistance of a computer, copyright law in the UK protects works generated by computers. It has done so for over 30 years. Under the Copyright, Designs and Patents Act 1988 (UK) (CDPA 1988), the person who put in place the arrangements necessary for the computer to generate the creative works will hold copyright in those works for a period of 50 years.

50 years is less than the “70 years plus life” protection that is afforded to human authors of creative works, and some may argue that this difference already adequately reflects the lower level of human effort required for works generated by a computer.

However, technology has come a long way in 30 years. Not only can computers be much more effective in assisting humans with their creative outputs (which arguably blurs the distinction between works generated by a computer and works generated with the assistance of the computer), it is becoming more common for AI to learn how to perform tasks from data rather than human input. Arguably, AI can now make decisions that could be described as “creative” without any human intervention at all (see our publications, How does AI impact upon a business’s intellectual property (IP) rights? and Who controls the works produced by artificial intelligence?)

Copyright protections are said to incentivise creativity, innovation and investment in the creative space as they allow human authors to monetise rights in their creative works. This “reward for disclosure” model exists in the patent system too. While some may argue that not all individuals care about the monetary rewards available through the current legislative framework, on the whole, in terms of AI and advancements in machine learning, would people really want to invest in building a system capable of generating creative outputs if those outputs can ultimately be used by anyone (or anything) for free?

Unfortunately this question isn’t the only one that needs answering when considering how the Government should approach computer-generated works if it wants to be a leader in the AI revolution. While removing the protections may mean there is less financial incentive for humans to invest in creating machines capable of producing creative output, leaving them in may hinder third party access. If third party access is limited, the amount of data available for other AI systems to learn from is limited (and broad access to data is needed if AI is going to advance, particularly if it is to advance without bias). With this in mind, is it right that human authors who are far removed from any creative output of a system are afforded copyright protections for 50 years? Computers don’t care about money, and restricting access to data inhibits innovation.

In looking to address these concerns, the Government is asking if it should:

Given humans are inherently driven by recognition and reward, we think that the second option above is likely, and that the Government will look to replace the current protection with a new alternative with a reduced scope/duration.

As to what that scope/duration might be, we can only speculate; but perhaps 5 years is more than enough, particularly if AI is involved and such AI is learning from data that has been created or collated by a third party.

Licensing or exceptions to copyright for text and data mining

Broadly speaking, text and data mining (TDM) is a term used to refer to the process of computer-based data analysis. The process generally involves material being copied from a source, with the relevant data then being extracted and analysed in order for things like patterns and trends to be identified.

Of course, not all data on the internet is subject to copyright protection. Copyright protection attaches to “works” (literary, dramatic, musical, artistic etc., within the meaning of the CDPA 1988), not facts and information per se (see our publication, Industrial and non-personal data: Building blocks of emerging technologies). While it is not uncommon for facts and information to be contained within a copyright work, or within a database protected by database rights, that is not always the case and, subject to any terms and conditions of website use or any other contract entered into, such material can be copied and mined without any question of infringement arising.

If facts and information are contained within copyright works however, as the process of TDM generally involves copying, those works need to be lawfully accessed and licensing agreements entered into before any TDM can take place. The only exception to this is if the TDM is being performed for the sole purpose of research for a non-commercial purpose. In such situation, no licence is required, even if the rights holder says it is.

While not unique, the TDM exemption that exists in the UK only exists in a handful of other jurisdictions. On its introduction, it was novel and progressive, aimed at lowering the cost of research and in turn increasing the amount of research taking place. However, other jurisdictions have begun to take the exemption further. For example, see our blog post, New Singapore copyright exception will propel AI revolution, in relation to the position of TDM in Singapore.

There is no doubt that expanding the TDM exemption would accelerate AI development and benefit the public. The more data there is available, the better machines can be trained, leading to better quality AI decision-making. Not only would this reduce the risk of bias, but also the reduction in resources required to train AI alone should see an increase in investment.

However, any expansion of the TDM exemption would come at a cost. It would technically reduce the protections available to rights holders, allowing their creative works to be copied for free. But who is to say that the work would be copied and mined if it wasn’t free?

While the Government could of course leave the TDM exemption as is, four scenarios have been put forward in the consultation. These involve the Government putting in place measures that:

While the UK is not alone in its approach, as technology advances, it is more and more likely that AI systems will be responsible for a number of patentable inventions that would ordinarily be patentable if they had a human inventor. The UK Government is therefore grappling with the idea of whether it should in fact allow AI to be named as an inventor. The Government wants to encourage investment in research and development, and is concerned that if inventions created by AI cannot be patented, there may be less investment in AI technology and a rise in innovators relying on the rules around trade secrets to protect their intellectual property from publication.

However, there are trade-offs that ought to be balanced against any investment gain that might be achieved by a decision being made that allows AI systems to be inventors. To name a few:

The UK Government has therefore put forward four scenarios as to how it should deal with patent protection for AI-devised inventions in the future:

If it were to create a new protection for AI-devised inventions, the Government has said that the protection would be similar to a patent, but with more limited exclusive rights, perhaps with a shorter term of protection to reflect the fact that AI may be able to create inventions more quickly and efficiently than their human counterparts.

Although the Government is yet to release any specific details on what this protection may look like, we think that it is the most likely approach, and we look forward to the Government’s next round of updates in this space.

You can respond to the Government’s consultation here until 7 January 2022.

AI Regulation of financial institutions: EU and beyond

Regulation of artificial intelligence is on the way in many regions across the globe. The EU Commission has proposed an AI regulation that would apply to financial institutions, and governments elsewhere are considering their own regulatory responses.

A decision to adopt AI can raise fundamental ethical and moral issues for society.

The Metaverse: Opportunities and challenges for businesses

BigTech, creative games and interactive entertainment businesses, infrastructure providers, consumer markets businesses, and a whole range of other potential stakeholders are now considering what the Metaverse will mean for them. 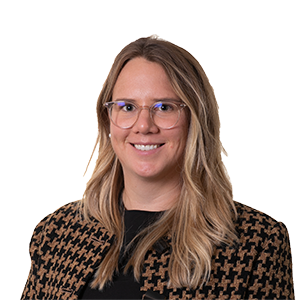 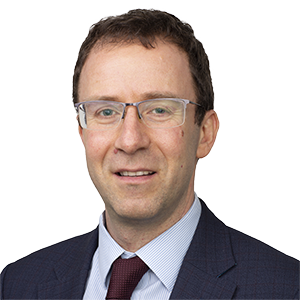