How can international banks operate in your jurisdiction

International headquartered banks can operate in Belgium either as subsidiaries or branches. A subsidiary is a separate legal entity from its parent and, as such, requires its own governance and risk management, as well as being subject to capital and liquidity requirements in Belgium. A branch forms part of the same legal entity as its head office and, therefore, will not have its own capital base or board (as this is covered in the head office), though local governance is required. Branches of international banks form an important part of the Belgian banking sector (according to some public reports, Belgium has the largest number of bank branches per head in the world).

The above structure is mirrored in relation to supervision. For subsidiaries, the National Bank of Belgium (NBB) has the same legal powers and follows broadly the same supervisory framework as for Belgium-headquartered firms. However, the responsibilities for prudential supervision of branches are split between the regulator where the bank is headquartered and the NBB. Non-EEA banks wishing to open a Belgian branch, need to obtain authorisation from the NBB. EEA banks, in contrast, have EU Treaty rights to passport into other Member States. EEA banks can provide banking services in Belgium either through a Belgian branch or through a branch or subsidiary in another EEA country (i.e., on a cross-border basis). For EEA banks seeking to passport into Belgium, their Home State regulator notifies the NBB.

Based on the reciprocity principle, the NBB can refuse to grant authorisation for the establishment of a Belgian branch of a non-EEA bank if the bank’scountry of origin bank does not offer the same opportunity for access to its market. In addition, the NBB can refuse to provide authorisation if it considers that the protection of investors or the sound and prudent management of the bank or the stability of the financial system requires the establishment of a Belgian law company. In this case, the bank will need to operate in Belgium as a subsidiary.

In relation to Belgian branches of EEA banks, the bank’s Home State regulator is responsible for prudential supervision of the whole bank (including the branch). Under article 51 of the CRD IV, however if the NBB as branch regulator, considers a Belgian branch to be important to domestic financial stability, it may designate the branch as ‘significant’ under EU law. Where this occurs, the bank’s Home State regulator must provide more information about the bank to the NBB and consult with it on certain issues, such as planning for emergency situations.

For Belgian branches of non-EEA banks, the NBB will seek to understand if the branch undertakes critical economic functions and work with the bank’s Home State regulator to gain adequate assurances over how, in case of need, these functions would be resolved in line with the NBB’s objectives. Where the NBB identifies concerns, it will first raise these with the bank’s Home State regulator. If it is not content with the response, the NBB will consider using its powers over the branch to address the concerns. Where serious concerns exist, the NBB may revoke the branch’s authorisation to operate in Belgium. In this circumstance, the bank may choose to apply to operate a subsidiary in Belgium, which would require separate authorisation from the NBB.

For Belgian branches of EEA banks, the NBB’s approach is consistent with the CRD IV. The NBB will seek to understand if the branch undertakes any critical economic functions in Belgium. If it does, the NBB will seek to work with the bank’s Home State regulator to ensure that its resolution strategy takes into account the branch’s potential impact on Belgium’s financial stability and to agree with it how the NBB can support prudential supervision.

Where the NBB has material concerns about the bank’s viability or the branch’s activities that the Home State regulator is not addressing, the usual recourse is for the NBB to refer the issue to the European Banking Authority. In emergency situations, and in accordance with articles 43 and 44 of the CRD IV, where the Home State regulator has not taken appropriate action, the NBB will take precautionary measures that will protect against financial instability that would seriously threaten the collective interests of depositors, investors and clients in Belgium.

EEA and non-EEA banks must provide periodic reports to the NBB regarding operations of their Belgian branches, including their detailed financial situation.

Yes, it is common for banks to operate both a subsidiary and a branch in Belgium with different business activities in each entity. 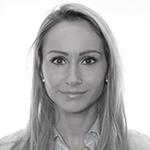