Foreign banks (Foreign Banks) can operate in China either as subsidiaries or branches. A subsidiary of a foreign bank (Foreign Bank Subsidiary) is a separate legal entity from its parent, and as such requires its own governance and risk management, as well as meeting capital and liquidity requirements in China. Foreign Bank Subsidiaries can be either wholly foreign owned banks or Sino-foreign joint venture banks. Although a branch of a foreign bank (Foreign Bank Branch) forms part of the same legal entity as its head office (i.e. the Foreign Bank), it is also regarded as a banking business operating vehicle in China which must comply with the applicable requirements under Chinese laws and regulations governing banks.

Foreign Bank Subsidiaries that have been approved by the CBRC are generally permitted to engage in the same businesses as licensed domestic banks, except for some restricted businesses such as the issuance of financial bonds or government bonds which can only be conducted by licensed domestic banks. However, Foreign Bank Branches are subject to wider restrictions on their business operations in China. For example, they cannot engage in:

The CBRC has not yet applied the concept of recovery and resolution plans to foreign-invested banks (including the Foreign Bank Branch). However, according to a latest public speech delivered by a CBRC official, the CBRC is now contemplating to do so in order to increase the crisis management ability of China-based foreign-invested banks, protect the interest of domestic depositors, and to maintain the safety of China’s financial system.

The Foreign Bank Branch is subject to various reporting obligations on regular or case-by-case basis.


Events subject to regular reporting to the CBRC

Events subject to case-by-case reporting to the CBRC

The Foreign Bank Branch shall also report to CBRC in a timely manner upon the occurrence of any of the following events in relation to it’s head office (i.e. the Foreign Bank):

Additionally, the Foreign Bank Branch is also required to properly disclose various risks to which it is exposed and how it manages those risks.

According to the relevant CBRC regulations, if the Foreign Bank Branch fails to fulfil the disclosure obligations as set out above, CBRC may require it to report within a designated time limit and impose a fine ranging from RMB 200,000 to RMB 500,000. In case of a serious breach, the CBRC may order the Foreign Bank Branch to suspend its business operation or even revoke its financial license. 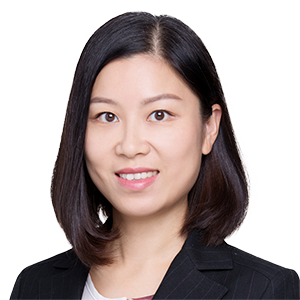