State banking departments also license branches, agencies and representative offices, and charter bank subsidiaries. Most branches and agencies are state-licensed with most of them located in New York City, with Florida, California, Texas, and Illinois also having a number of non-US bank offices.

As noted above, the FRB is the gatekeeper for non-US banks wishing to establish a branch in the US – the key element is that the bank is subject to comprehensive supervision on a consolidated basis (“CCS”), that is, that there is a regulator that supervises the organization on a global basis. It is a two-part test (i) that the home country has a CCS supervisory process and (ii) that the non-US bank is subject to it.

The regulations provide that in determining whether there has been CCS, the FRB will take into account, among other factors, the extent to which the home country supervisor: (A) ensures that the non-US bank has adequate procedures for monitoring and controlling its activities worldwide; (B) obtains information on the condition of the non-US bank and its subsidiaries and offices outside the home country through regular reports of examination, audit reports, or otherwise; (C) obtains information on the dealings and relationship between the non-US bank and its affiliates, both non-US and domestic; (D) receives from the non-US bank financial reports that are consolidated on a worldwide basis, or comparable information that permits analysis of the non-US bank's financial condition on a worldwide, consolidated basis; and (E) evaluates prudential standards, such as capital adequacy and risk asset exposure, on a worldwide basis.

In addition to the CCS determination (or “actively working towards CCS” determination), there are additional factors taken into account:

The FRB may impose any conditions on its approval as it deems necessary, including a condition that would permit termination of any activities based on the inability of the non-US bank to provide information on its activities or those of its affiliates that the FRB deems necessary to determine and enforce compliance with U.S. banking laws.

As noted above, the FRB acts as gatekeeper but the non-US bank still needs the OCC or a state to give it a license. The OCC (for a federal branch) and the individual state banking regulators have their own criteria for the non-US bank to meet prior to being granted a license. In many instances, the criteria are similar in whole or in part with the FRB’s standards for approval, including CCS, approval of the home office supervisor, and acceptable financial and managerial resources.

Generally speaking, should a licensed branch or agency of a non-US bank be closed by the US regulator, (whether federally licensed or state-licensed), the US office is “ring-fenced” and is liquidated by the particular US regulator as if it were a separate entity. Only claims against the branch/agency would be considered, usually with exclusions for claims from other offices of the non-US bank.

While branches and agencies of non-US banks can be closed for all of the usual reasons one might close a separately chartered bank (e.g. insolvency, illiquidity), there are often ways through a series of regulatory actions to keep the licensed office open under supervision while it is voluntarily liquidating. However, if the non-US bank is closed at the head office, then the US regulator is forced to act accordingly. Most of the recent liquidations of state-licensed branches and agencies of non-US banks (almost all in NY) have resulted from the closure of the bank at the head office. To date, the OCC has not conducted a liquidation of a federal branch or limited branch.

A branch of a non-US bank must file quarterly reports of condition (Call Report and Instructions) with its regulator and the FRB and an annual report with the FRB (Annual FRB FR-7 Report and Instructions) accompanied by a copy of the annual report for the non-US bank. In addition, other reports might be necessary based on activities conducted by the branch and asset size.

There is a separate application for each method of entry and the approval process can be complex and lengthy no matter which form (branch v. subsidiary) is chosen. In some ways, approval of a new bank subsidiary can take the most time, particularly if it will need federal deposit insurance, because it adds another regulator to the application process and there will be closer scrutiny of the required draft business plan for a bank subsidiary, which is more complex and lengthy than that for a branch license.

A foreign bank may have direct licensed branch offices in the United States at the same time that it also has a US bank subsidiary and there are several examples in the United States, such as National Bank of Canada (Natbank), Bank of Montreal (Harris Bank), Bank Of Tokyo-Mitsubishi UFJ (MUFG Union Bank). These dual options have been available for many years, and we know of nothing that would indicate a change in law, regulation or policy that would curtail the dual option. 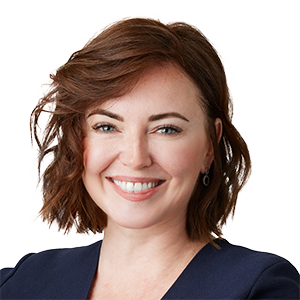