1. What will be the major implications for Canadian businesses?

The major implication is that it brings certainty to the trade relationship between Canada and the United States. There had been quite a bit of unpredictability since the Trump administration took office. But we now know as a result of the USMCA that the vast majority of goods that flow between Canada and the United States will continue to benefit from tariff-free status. We also know that Canada was able to retain the dispute resolution mechanism that Canadian exporters can use to go outside of the US court system if they run into trade dispute issues. We’re not out of the woods completely yet because the USMCA needs to be ratified by all three countries before it takes effect. And right now the estimate in relation to US congressional approval is that that will only take place sometime in late spring 2019.

2. How should clients navigate the uncertainty over the tariffs on steel and aluminium?

Well, despite the fact that Canada was able to negotiate the USMCA with the US, they weren't able to convince the United States to drop the aluminum and steel tariffs that they imposed on Canadian goods in June 2018. As a result Canadian exporters of aluminum and steel who want to continue to export to the United States have to take those tariffs into account, but Canada also decided to impose some retaliatory tariffs on inbound US goods and the range of goods that are covered is much broader than just aluminum and steel. For example paper products, appliances, and a number of other goods – coffee – are covered by the tariff so Canadian importers who are importing goods for the first time, or who have not imported goods for a long time, need to verify to make sure that these goods that they intend to import are not on a retaliatory tariff list.

3. How does the USMCA affect Canada`s ability to negotiate other trade agreements?

Well, one of the biggest surprises in the USMCA is the fact that it included Chapter 32, which imposes on Canada the obligation to notify its trading partners before it enters into free trade negotiations with a non-market economy. The only non-market economy of any consequence to Canada is China. So what this does is effectively add a hurdle to the continuation of free trade agreements between Canada and China. Now it’s unclear as to whether Chapter 32 is binding and whether it will actually prevent Canada from finalizing a free trade agreement with China. But already we're sensing that there is a chill in the negotiations between the two parties and that there may be a delay in the continuation of free trade negotiations between them.

Welcome to Motion—Discussing what matters, a video series covering hot topics across the country where our experienced lawyers provide timely legal analysis on issues relevant to Canadians.

This episode focuses on the United States-Mexico-Canada Agreement (USMCA), which was announced in September and will replace NAFTA on January 1, 2020, if it is ratified by all countries.

In this video, international trade partner Martin Masse examines the major implications for Canadian businesses, how clients should navigate the uncertainty over the steel and aluminum tariffs as well as how this deal affects Canada’s ability to negotiate other trade agreements.

More on the new trade deal

Read more about USMCA on our blogs

Canadian Anti-counterfeiting under the USMCA – what you see? We (mostly) already got it - Brand Protection (blog)
October 2018

Canada: USMCA strengthens IP protection - Managing Intellectual Property
Christopher A. Guerreiro writes that as a party of USMCA, Canada has agreed to adopt important new protections for biologic and other pharmaceutical innovation.
November 23, 2018

Beyond USMCA: The Enemy is Complacency - Policy Magazine
Derek Burney, senior strategic adviser at the firm, writes that Canada should begin strategizing beyond the stabilization of its North American trading relationships and look to the possibilities offered by the European trade deal, the new TPP, and the country`s potential trade growth with China and India.
November 5, 2018

Trade minister Carr betting on LNG to unlock trade in China and Asia - Financial Post
Derek Burney says that Canada’s biggest handicap with trade deals is complacency as it has become comfortable in the cocoon of dealing with the Americans for 75 per cent of its trade.
October 6, 2018

From NAFTA to USMCA: Inside the tense negotiations that saved North American trade- The Globe and Mail
Derek Burney comments that the negotiations were “a mutual stare-down.”
October 5, 2018

Watch our webinar on what USMCA means for Canadian businesses 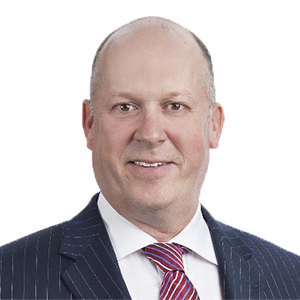