Chris Sandilands: Hello and welcome back to the Norton Rose Fulbright and Oxbow Partners video series on InsurTech.

Nico, you are a partner at Norton Rose Fulbright, and so you are looking at InsurTech from a legal and regulatory perspective in particular. So how do you assess the likelihood that InsurTech is going to be genuinely disruptive for the insurance industry?

Nico Berry: So the insurance sector has relatively high barriers to entry from both a prudential and conduct supervisory perspective. Regulations like Solvency II mean there is an enormous amount of capital required for a start-up to enter the market to be a full stacking insurer, in Europe, which makes it prohibitively expense some would say, and then even for an insurance intermediary licence, you have got a process that you have to go through with the Financial Conduct Authority in UK, it can take up to six months.  It is quite an onerous process and even if you then go on to write business, there is no guarantee you will be successful.

Chris Sandilands: So do you think it is fundamentally harder to do a start-up at the moment, which is the reason that a lot of these InsurTechs are struggling, or do you think that the things that InsurTechs are doing create a complication for launching which was not true when, in the old days people like MGAs launched for example.

Nico Berry: I think the MGA model has always been one that is there, I don’t think it is any harder necessarily than it was to launch a start-up with a stand alone authorisation. In fact if anything it is probably easier because you have got things like the FCA innovation hub, you have got incubator firms, you have got established insurers having their own incubators who will assist you get authorisation, but I think there has been a realisation if you like that, to go through the authorisation process with a fairly low capital base for a start-up, is not necessarily the most expedient way to progress from a cost perspective until they have established that their business proposition is viable.

Chris Sandilands: How do you see the law and regulation in relation to what InsurTechs are doing? So blockchain is an obvious example, it is a new technology, it has enabled things like crypto currencies and I would imagine as a layman that the law has really very little to say about crypto currencies.  So to what extent do you see this sort of lag between what is happening on the technology side and the legal and regulatory side as being a major either opportunity or barrier for a lot of these companies?

Nico Berry: There has always been, if you like, historically a concept of a regulatory lag where the market is innovated based on new technologies and it is raised regulatory issues because the regulator has only realised what is happening in the market after the event, so to speak which has caused then a reassessment of what is going on.

I think at the moment, if you look at digital distribution and the claims processes and product design, that is really covered by existing laws and regulations and it is innovative and it is new but it is not really a revolution and existing law and regulation can deal with it.

When you talk about things like blockchain and initial coin offerings and smart contracts there is a thought process that existing regulation, there are some ambiguities as to how it would apply to some of those concepts.

In the UK the FCA actually just launched a discussion paper on blockchain and distributed ledger type technologies because it wanted to have a view in the banking sector and the insurance sector where the regulatory perimeter should stop and start.

Chris Sandilands: So are you overall bullish then that InsurTechs are going to be successful at least from a legal and regulatory perspective and that it is all going to come down to their commercial product markets fits?

Nico Berry: Provided there is no customer detriment or market detriment in terms of competition type issues, regulators aren’t going to resist the deployment of these technologies, so I am optimistic that if firms deploy them correctly and in consultation with regulators, that they will be successful. 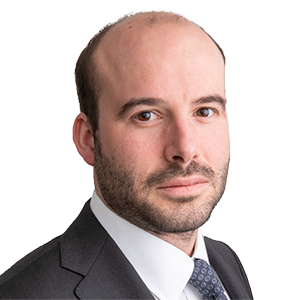