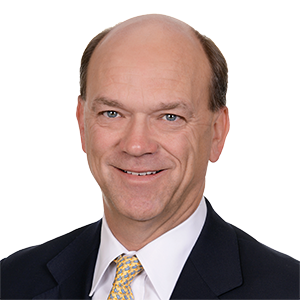 Jon's practice concentrates on matters involving Life Sciences with an emphasis on pharmaceutical products, medical products and devices liability, with considerable experience in mass torts.  He has successfully tried pharmaceutical and device cases to verdict with trials in Texas and outside the state.  Jon has served on national teams in numerous pharmaceutical and device mass torts handling trials along with discovery and strategy issues including science, sales, marketing and drug safety.   In addition to trial counsel, Jon has also participated in the development of resolution strategies and risk assessment models.   Throughout his career, Jon's practice includes close collaboration with talented counsel at other law firms focused on collectively meeting the short and long-term goals of clients in major litigation.

In addition to Life Sciences matters, Jon has handled litigation concerning product liability, insurance coverage, legal and accounting malpractice, commercial torts, IP litigation and general commercial litigation.  He has represented major Fortune 100 companies in various venues across the state of Texas and other states.  Jon has tried a number of cases in state and federal courts including jury and bench trials in many of the most difficult Texas jurisdictions.  Two of his most recent trials, and defense verdicts, were in the United States District Court for the Eastern District of Texas, Marshall Division.

Some of his trial and representative experience includes the following:

Not another dry PDF: Introducing our 3-minute Pharma 5 series