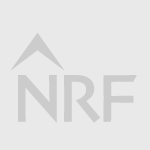 Dimitri Millas acts as bond counsel, disclosure counsel, and underwriter's counsel in a variety of transactions involving municipal governments, universities, and junior colleges, and serves as general counsel to a number of local municipal utility districts.

Dimitri graduated as the #1 ranked undergraduate student (out of 1352 students) from Texas A&M's Mays Business School in 1999 and was a recipient of the Gathright Scholar Award, which is given to the top student of each college at A&M. At Rice University, Dimitri received a Master in Business Administration from the Jesse H. Jones Graduate School of Business, with a focus on finance and general management. At Rice, Dimitri was the recipient of the Dean's Award for Academic Excellence, which is a full second-year scholarship given to the top male and female student of each class and graduated as a Jones Scholar—the highest graduating academic honor at the Jones School.

In 2008, Dimitri graduated with a law degree from Yale Law School and a Master in Public Administration from the Harvard University John F. Kennedy School of Government. At Harvard, Dimitri focused his studies on public policy, political advocacy and leadership, was chosen to be a teaching assistant for Dr. Ronald Heifetz, one of the world's foremost leadership theorists and consultants, and studied under David Gergen, an advisor to four U.S. Presidents and co-founding director (with Heifetz) of the Center for Public Leadership at Harvard University. At Yale, Dimitri focused his legal studies on constitutional law, legal history and legal philosophy. He wrote his two major papers at Yale under the supervision of Professor Bruce Ackerman and Professor Jules Coleman, respectively. Dimitri was also an Editor of the Yale Law and Policy Review and the Yale Journal of International Law.