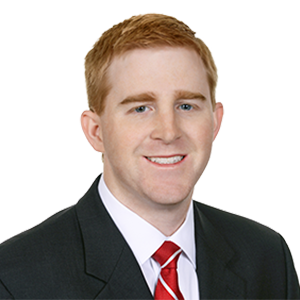 James is a partner who represents businesses and individuals in complex commercial cases, class-action lawsuits, and intellecutal property disputes.  He has represented clients in multiple industries, including the telecommunications, healthcare, oil and gas, and aviation industries.

In addition to his trial and appellate work, James has taken the lead on numerous pre-trial matters, including obtaining temporary restraining orders and arguing various issues before state and federal courts (including jurisdictional challenges, patent claim construction, motions for summary judgment, challenges to expert testimony, motions in limine, and discovery motions).  Outside of the courtroom, James has taken or defended over 75 depositions and has experience managing large-scale document reviews, including management of contract-review teams of over 25 lawyers.