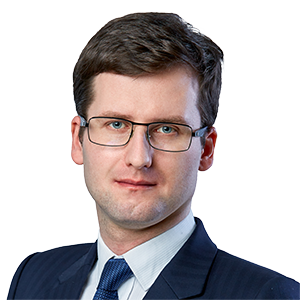 Krzysztof Gorzelak, PhD is a banking lawyer based in Warsaw. He advises on banking law and capital markets law issues in banking and finance transactions. Krzysztof participated in a number of lending transactions acting for banks and borrowers. He is highly regarded for his experience in aviation finance transactions. He also specialises in derivatives and capital markets regulations. In 2014, Krzysztof was seconded for 6 months to a Trade Finance Legal department in a leading global bank in London.

Prior to joining us in 2006, Krzysztof Gorzelak, PhD participated in students' training programmes at two leading law firms (one of which was French and the other Polish) in Warsaw and at the Polish Securities and Exchange Commission

Krzysztof Gorzelak, PhD wrote a series of articles on banking, capital markets and legal theory published in the legal press. Krzysztof co-authored a book entitled: "Commodities and commodity derivatives. Legal aspects of trading", published in May 2011 by C.H. Beck.

Krzysztof Gorzelak, PhD is recommended by Legal 500 (in 2015 and 2014 edition) in the area of banking and finance as "business-oriented and responsive".