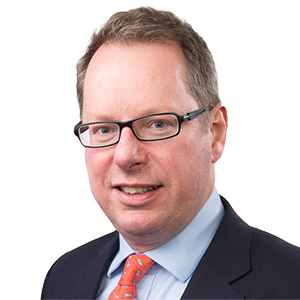 Robin Springthorpe is a litigation and disputes resolution lawyer based in London. He focuses on disputes across the aviation industry.

Robin has conducted some of the largest and most significant aviation cases in the sector, advising on aircraft and engine leasing, financing and redelivery disputes, particularly those involving technical issues; disputes with airframe, engine and component OEMs under purchase contracts, including in relation to future deliveries and claims under warranties; commercial disputes against a wide variety of contractual counterparties such as MROs, engine shops, airports, fuel suppliers and insurers; and disputes with aviation regulators and a wide range of aviation and travel regulatory issues including claims under EC261, consumer rights, ATOLS and the package travel regulations.

He conducts cases at all levels in the English courts and in domestic and international arbitration. He has dealt with disputes in most of the major – and many of the less prominent –  jurisdictions in the world.

Robin is one of a few lawyers ranked in Band 1 by Chambers and Partners in the Aviation: Dispute Resolution category. He is also ranked by Legal 500 in its "Hall of Fame".

Robin has conducted several hundred cases for aviation clients, of which these are examples:

"outstanding - very clever, very easy to deal with and very good in acting for airlines"

"one of the best litigators in the field"

"his judgment on points to push was superb"

"a highly experienced litigator, acting on maintenance, lease and repossession disputes. He is also recognised for his experience handling EC261 passenger claims".