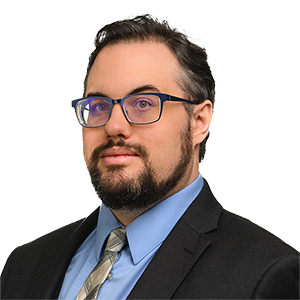 Stephen Taylor practises commercial and civil litigation with a focus on complex contractual disputes, construction and engineering disputes, intentional tort claims, class actions, pharmaceutical and intellectual property matters, and shareholder disputes. He has argued and appeared for cases before the Ontario Superior Court and Ontario Court of Appeal.

Mr. Taylor placed first in the Queen’s University class of 2013, for which he was awarded the Medal in Law, and achieved the highest standing in both first and second year of law school, for which he twice received the Dean’s Gold Scholar Award. Additionally, he was awarded course prizes in commercial law, property law theory, private law theory, the business law symposium, written advocacy, criminal procedure, tax law, property law, criminal law, and constitutional law.

Mr. Taylor has recently acted for the following clients: