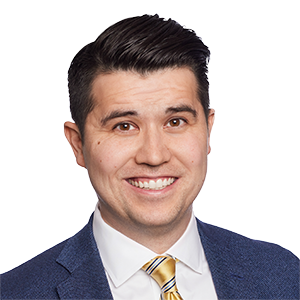 Sean Wallace practises primarily corporate and commercial law, with a focus on energy and natural resources. He has assisted clients on a broad range of matters, including asset acquisitions and divestitures, share purchase transactions, upstream and midstream projects (including LNG and renewables), long-term commercial arrangements, day-to-day operational issues, and employment matters. His related experience includes drafting and negotiating commercial and transactional agreements, advising on deal strategy, supervising and conducting due diligence, and preparing opinions on various legal issues.

Mr. Wallace returned to us after completing a two-year secondment at a new midstream energy client, first as its sole in-house counsel, and later assisting with the recruitment and onboarding of its general counsel and in-house legal team. In this role, he worked on key transactions in excess of $1 billion, advised on litigation and regulatory issues, and provided legal services to all areas of the company, including commercial, projects, finance, human resources, and operations.

As a member of our employment and labour team, Mr. Wallace advises and represents employers in connection with negotiating and preparing employment contracts and severance packages, employment policies and procedures, and employment-related issues during corporate transactions and restructurings.

Mr. Wallace joined our Calgary office as an associate in 2017, having previously worked at a top regional firm and a large Canadian pipeline company.

Mr. Wallace has acted for the following clients: